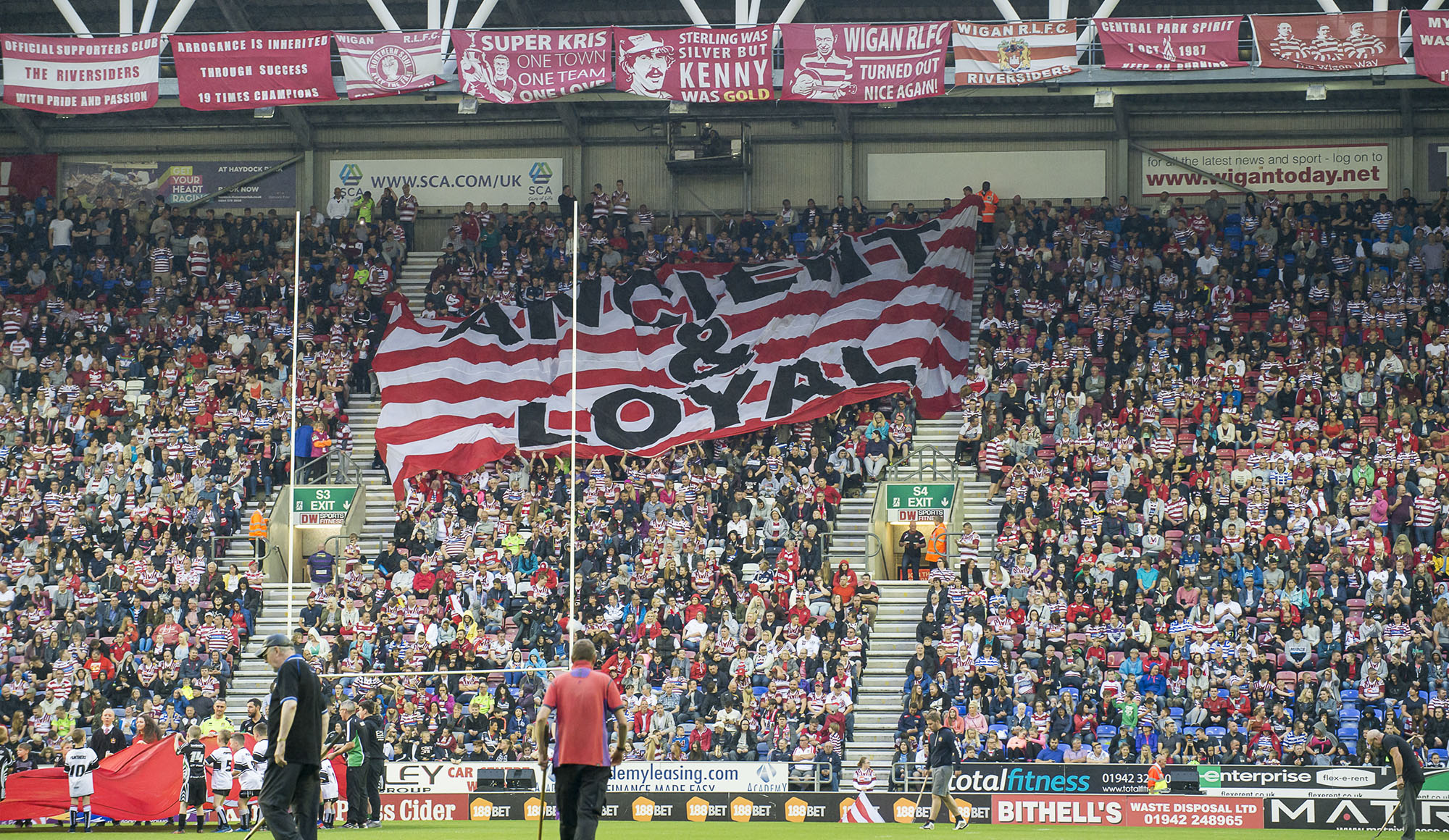 The DW Stadium is the home of Wigan Warriors Rugby League and Wigan Athletic Football Club.

The Stadium, formerly known as the JJB Stadium, changed its name on the 1st August 2009. Situated just outside the town centre, the state-of-the-art arena seats just over 25,000 and provides excellent facilities for fans and corporate guests alike.

The DW Stadium has hosted the four highest attendances in Super League history with the highest coming in 2005 when 25,004 supporters packed into the stadium for the Good Friday derby with St Helens.

In the Gillette Tri-Nations Tournament of November 2004, the international between Great Britain and Australia also attracted a full house of 25,004, a game that GB won 24-12. Wigan Warriors played their first game at the stadium on 19th September 1999 in the Super League Play-Offs. Castleford Tigers ran out 14-10 winners in front of 13,374 fans.

The stadium is operated by Wigan Football Company Ltd, a management company independent from the tenants, set up to operate the facility on a day-to-day basis.

For more information about the DW Stadium CLICK HERE

The site brings the High Performance Centre, club stuff, Community Foundation and College together, as well as continuing to facility the local community.

The Warriors first team train weekly at the centre, as well as it being the home turf for the Academy, Scholarship and Women’s fixtures.

Admission for Academy, Scholarship and Women’s games is £5 for adults and £3 for juniors. Wigan Warriors Season Ticket holders are admitted free for regular season league games on production of a valid membership card. A public car park is available for use outside of the Robin Park Arena.