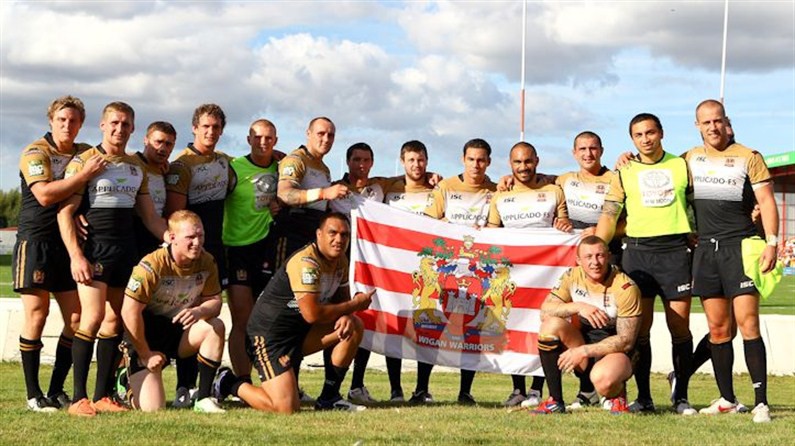 Last week we asked Wigan fans to tell us what their favourite moment of the 2012 Season was.

The Clubs official website, Facebook and Twitter pages were inundated with Magic Moments, from lifting the league leader's shield to defeating St Helens on Good Friday. Check out the gallery below for some of our favourite entries.

Don't forget you can experience it all again in 2013 with a Seasonal Membership. Memberships start from just £26 for juniors and £221 for adults, while even greater savings can be had with a family package. More information and full pricing information is available by [clicking here] and navigating the section using the left menu bar. Seasonal Memberships can now be purchased from the DW Stadium Ticket Office and Ticket Hotline on 0871 66-33-552.

Peter Don-Duncan via Facebook
Wigan fans singing in the concourse at the Etihad after the Magic win against Saints. The atmosphere was amazing. Fans from other clubs just stood there in amazement at what they were witnessing. One fan from Hudds said that he wished his club had fans as good as that!

Kate (@k_iddon) via Twitter
The @alljoinjack game v Saints ! Was about so much more than the result that night & everyone should feel so proud!

Phil Baldwin via Email
Beating St Helens in the first game at their new ground. A first game never to be repeated and we won! Priceless as I had to spend 6 months there building it with my day job

Ian Molyneux Email
The best moment of 2012 would have to be the annihilation of Leeds at Headingly. Not just the score, it is the performance that stood out. Exceptional. Best wishes for 2013.

Teresa Marie Heaton via Facebook
My favourite bit of the season was the trip to Catalan. Loved every minute!!