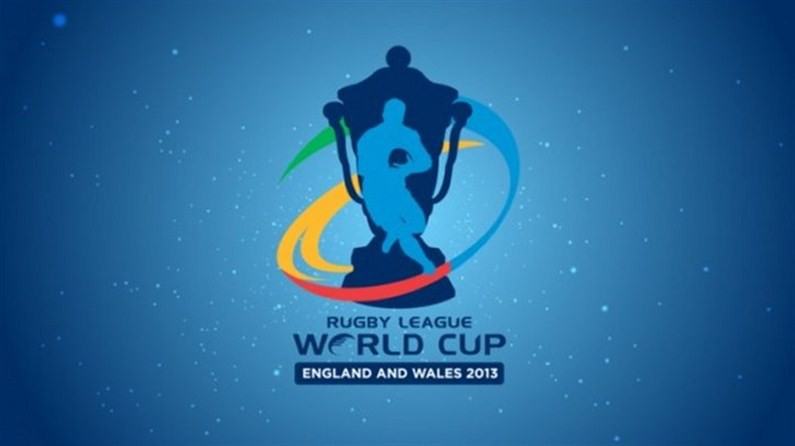 Players from all 14 competing nations were available to the press on the day that also marked the date that tickets for the tournament went on general sale.

Nine players from across the globe, representing Australia, Cook Islands, Fiji, France, Italy, New Zealand, Papua New Guinea, Tonga and the USA answered questions from the media about their preparations for RLWC2013 via a specially created Google+ Hangout. Players from hosts England and Wales, as well as Ireland, Scotland and Samoa were present at the press conference in MediaCityUK, the home of RLWC2013.

"We wanted a special event to mark this very significant milestone for the tournament. The one year to go date was too good an opportunity to miss and gave us a great way to launch our tickets going on general sale.

"Early tickets sales to the fans of the Rugby League clubs and those who pre-registered have been overwhelming. We've found that there is huge interest in the big games of the tournament, the opening double header at Cardiff and the semi-finals at Wembley in particular.

"Sales for the Rugby League World Cup Final at Old Trafford however have really exceeded our expectations, currently out-stripping the other venues by five to one. I'd urge anyone therefore to buy tickets for the final now to avoid missing out.

"We think that offering 55% of our tickets at £20 or less to see the best players in the world represents fantastic value. This is the pinnacle of Rugby League, a global sport which delivers extraordinary speed, power and athleticism to the spectator.

"To gather players from all of the nations who will ultimately be responsible for making RLWC2013 the best Rugby League World Cup ever was a great way for us to kick off ticket sales".

Wigan will be hosting one of the RLWC2013 quarter-final games on Saturday November 16 2013. The match will feature the Runner up from Group A as they challenge the 3rd placed nation from Group B. Held at the Wigan Warriors home ground, the DW Stadium will make a great venue for a wonderful day of Rugby League.

The DW Stadium , the home of Wigan Warriors is delighted to be able to announce that one of the Quarter Final ties of the RLWC2013 competition is to be held at the Stadium on Saturday 16 November 2013 and , depending upon the outcome of the Group games , there is a good chance that the tie will include one of the two most exciting teams in the competition - England or Australia .

Tickets for this game and indeed any matches in the competition ,can be purchased in person at the DW Ticket Office at the Stadium or by telephone on 0871 663 3552. (calls cost 10p per minute from a BT landline, other operators may vary.)

"Wigan warriors and the DW Stadium are very pleased to have been awarded one of the important Quarter Final ties in the Rugby League World Cup . It is appropriate for the town of Wigan to be hosting a match in this prestigious competition because of it's long history of involvement in the game of rugby league . I am sure that the people of Wigan will support what I believe will be a splendid show case for the sport" .

Tickets starting at just £10 (£5 concessions) for group games and quarter-finals are available for purchase for all games and via various special packages at www.rlwc2013.com.