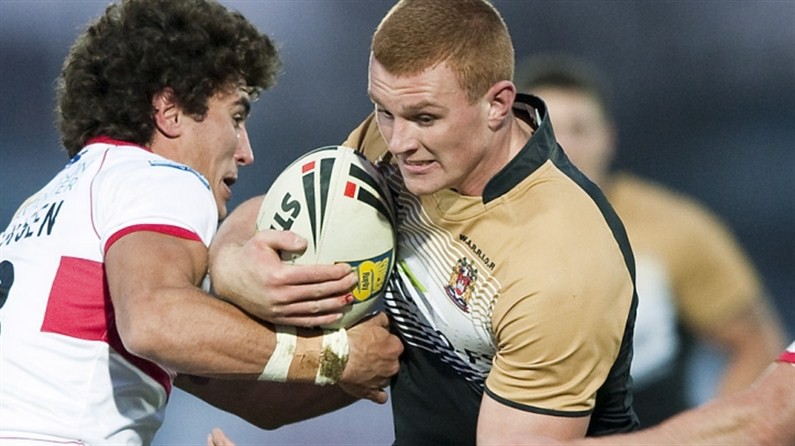 This means that both Second Row Forward Jack Hughes and and new signing Prop Scott Taylor are in contention to play once more.

The Knights opened their campaign with a 56-4 victory over Ireland last weekend and head into Sunday's game at Meggetland (2.00pm) knowing victory against Scotland would secure the Alitalia European Cup title.

"We've had a great two weeks as a group and everyone has worked hard and it was pleasing to see that rewarded with a great win against Ireland last week," said Purtill.

"The performance against Ireland was one of the best I have seen from any Knights group and I thought our forwards, especially were outstanding. We now need to ensure that we continue to improve on all the little aspects of our game and make sure we keep up our off the ball efforts on Sunday.

"The players have shown a great attitude so far in camp and everyone who has been involved, from one to 19, are a credit to the England badge.

"Scotland will be determined to make amends for their disappointing result to Ireland a few weeks ago and we know it will be a tough game.

"I'm expecting it to be a very physical battle and the conditions will play a part as well but if we can get our attitude right then I'm confident we can get the result and it would be great to see the players' efforts rewarded with a trophy."