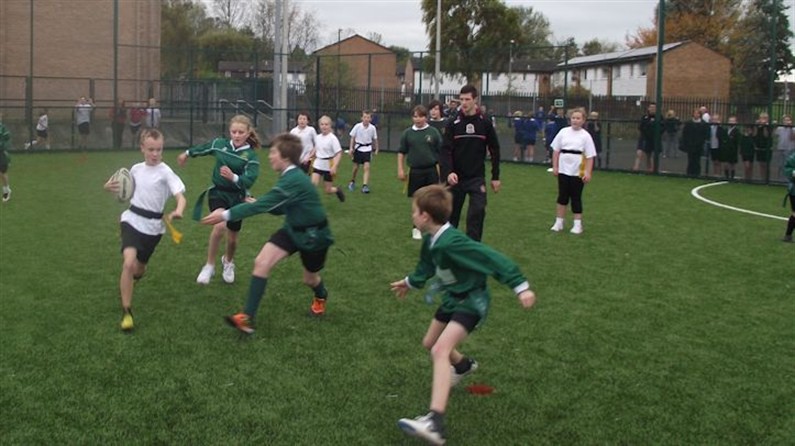 The festival was hosted on Wednesday as over 200 pupils and staff descended on the new 3G pitch at Central Park. This particular festival has been part of the Lessons for Life programme where the Community Foundation coaches go out to various schools throughout Wigan over a number of weeks to deliver coaching and education. This week's festival saw Y5's and Y6's from across Wigan competing against each other for the fun, enjoyment and satisfaction which the sport brings. The Foundation coaches picked five stand-out players from the festival:

Connor from St Bernadette's was given an award for his attitude and encouragement to his team mates. Jacob from Woodfield Primary School displayed good sportsmanship and hard work. Lydia from Winstanley Primary school put 100% into every single game. Emi from St Matthews demonstrated great skill. Finally, Sam from St Wilfrids was one of the outstanding players from the day showing his fantastic skill in stepping through the defence.

"It's really good! We have done lots of ball-handling drills and played games, the coaches always make sure the teams are fair so we can have a good game."

"The festival has been great quality and delivered to a high standard. The programme is progressive and allows the kids to put the skills they learn into practice. Bringing the kids down to the festivals is a fantastic opportunity and a great platform to get involved in Rugby League. The kids get a great experience but so do the teachers as we get to learn more about coaching the game."

This was the first Tag Rugby Festival being hosted at the new Central Park facility on Montrose Avenue, speaking about the festival, Community Foundation Coach Tommy Gallagher said:

"These are the days the coaches look forward to, seeing 200 kids from the local area playing Rugby League makes the job so much easier, they give us the energy and enthusiasm to put these festivals on. It's even better when we have such a state-of-the-art facility to host it at, the use of Central Park is a great asset to the Community Foundation, we look forward to hosting more festivals here in the future."