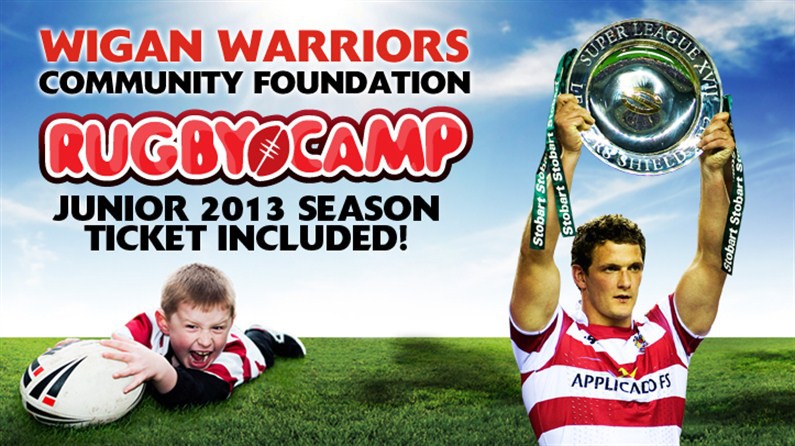 The Wigan Warriors Community Foundation are running a Half Term Rugby Camp on Wednesday 31st October and Thursday 1st November, at Wigan's new Central Park facility, between 9am-3pm for children aged 4 to 14 years.

Places on the camp are filling up quickly and anyone wishing to attend is asked to book their place as soon as possible.

Places cost £35 per child for the two days with a 2013 Junior Season Ticket included and the children will get the opportunity to be coached ‘The Wigan Way' by the Community Foundation coaches. They will be revealing the secrets which make Wigan one of the top teams in Super League. All children on the camp will be given the chance to follow in the footsteps of the Wigan players by holding the League Leaders Shield.

Bookings can be made in person at the DW Stadium ticket office, via the ticket hotline on 0871 66 33 552 (calls cost 10p from a BT landline, other operators may vary.) or online by [clicking here]

*Season Ticket for under 16's in the South Stand only. No away ticket book with this Season Ticket.