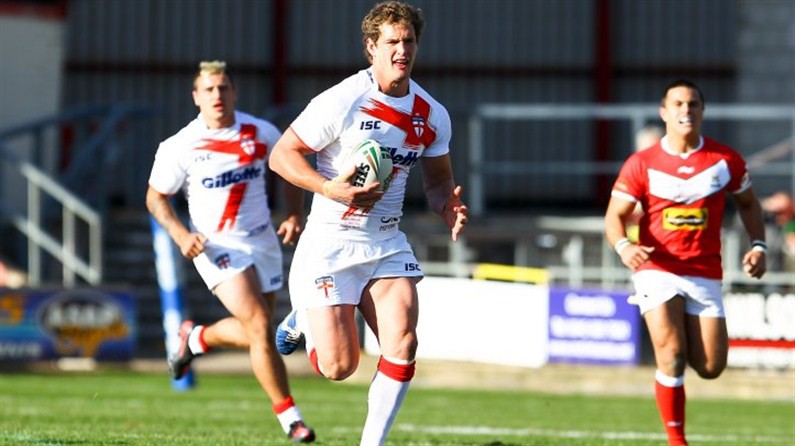 The Wigan captain will now receive extensive rehab on the injury from the England medical team with a view to a return to the starting line-up when England take on France, in a repeat of this week's Test match, in the final of the Autumn International Series at Salford City Stadium on Sunday November 11.

"Unfortunately, Sean (O'Loughlin) will have to sit out the game on Saturday against France," confirmed England coach Steve McNamara.

"We have monitored his injury over the weekend and will continue to do so this week. The main aim now is trying to get him fit for the final in a fortnight's time."

With a number of options available to him, McNamara is confident that he has enough firepower in the squad to replace the consistent O'Loughlin.

"The injury to Sean means someone else will be given a chance to shine," he said.

"We have a number of options and some of the players who missed out against Wales will now be considered.

"We the quality of Liam Farrell, Luke Burgess and Ben Harrison who all sat on the sidelines against Wales, I can add them to my options. There is a healthy drive for competition within the squad and every player wants to play. It is a good position to be in and will give me some food for thought when I select my side for France later in the week."

Tickets for England v France, at MS3 Craven Park on Saturday November 3 and the final of the 2012 Autumn International Series at Salford City Stadium on Sunday November 11 cost just £12 for adults and £6 concessions and can be purchased by calling the RFL Ticket Office on 0844 856 1113 or by visiting www.rugbyleaguetickets.co.uk