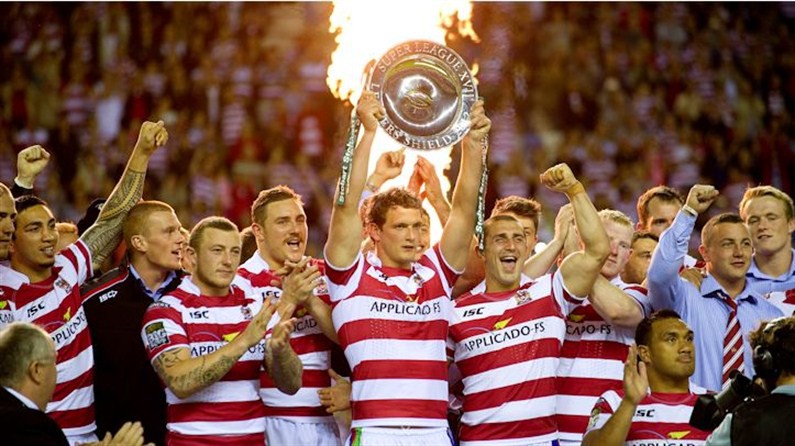 In 2012 Wigan were crowned League Leader's Shield winners as they finished top of the Stobart Super League after 27 tough rounds of stiff competition.

Wigan won 21 out of 27 games in the regular rounds including some impressive away wins at St Helens, Leeds and Catalan with some outstanding performances.

Coming top, Wigan were the most consistent team overall with players and coaching staff received wide acclaim throughout the season. Many believe that winning the Shield does not gain the recognition it deserves but coming first is a mark of hard work and commitment week in week out with a desire to be the best.

The Shield was the Warriors' fourth trophy in the last three years and a far cry from the barren years that preceeded, with most fans still hurting from salary cap breaches and near-miss relegation fights.

Seasonal Memberships for next season are now on sale online click here, at the DW Stadium Ticket Office and by calling the Ticket Office Hotline on 0871 66 33 552 (calls cost 10p per minute from a BT landline, other operators may vary.)