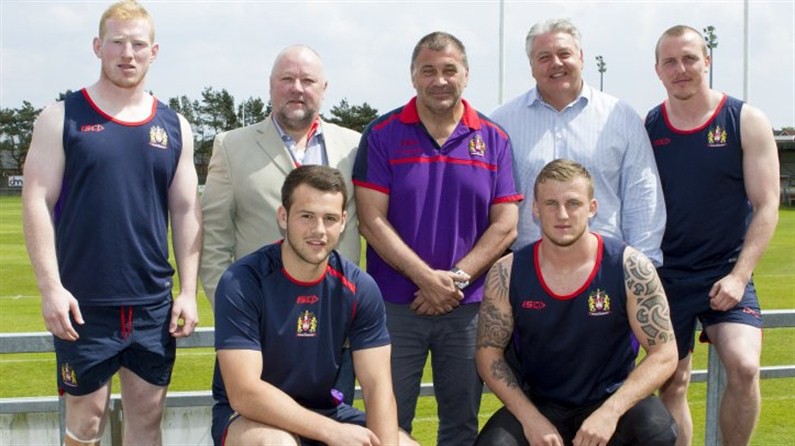 The programme devised by Sales Manager Joyce Pickles allows 25 companies the opportunity to network and advertise and to show their support of the continued development by the Club of its successful Youth Development programme.

The naming rights for the Stadium was won by Solid Strip Plastic Abrasives so for the next twelve months will be called the SOLID STRIP COMMUNITY STADIUM.

The quality training environment at the Orrell facility is the lynch-pin in the development of the Club's Players from Scholarship level all the way through to First Team. The companies were given the opportunity on Monday to see at first hand a typical days training as they were given a tour of the Training Ground and met the Club's Players and Coaching Staff.

A second draw was made with the Main Stand at the ground and is now known as the Truline Stand while the First Team Gym will be sponsored by Master Lock and Safe. The main photo above shows Paul Mullins from Solid Strip Plastic Abrasives along with Ian Lucas from Truline with Head Coach Shaun Wane and Players Liam Farrell, Dan Sarginson, Rob Lever and Dom Manfredi..

The Community Partners Programme will continue to run on a 12 month rolling contract with the naming rights available in a draw once more in May 2015 .