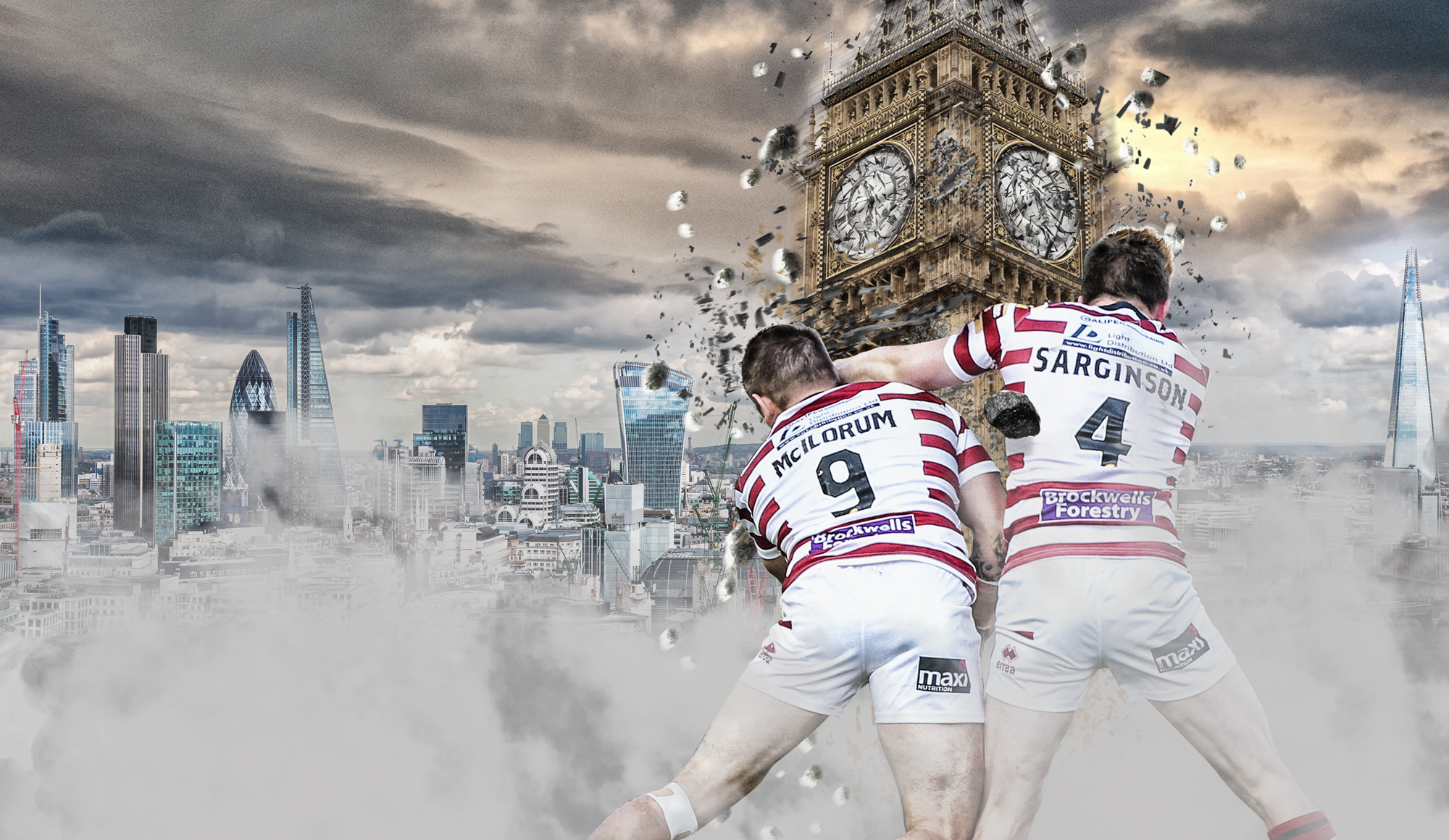 Wigan Warriors today announce exciting plans to take their Super League Super 8s home game against Catalans Dragons on the road to The Den in the London Borough of Lewisham on Saturday 5th September at 3pm.

The Warriors will break new ground with this exciting initiative by becoming the first Club to take a Super League game on the road to London with tickets available HERE.

Wigan Chairman Ian Lenagan has long been an advocate of growing Rugby League in the Capital and promises an event like no other.

"We are taking a Super League game to London and we intend to leave our mark" he said.

"This is no half-hearted measure. It has been well planned and is underpinned by a strong community programme, the development of our London Business Club and the opening of Wigan’s office on Buckingham Palace Road. The fixture provides an opportunity for Wigan and Rugby League fans to sample live Super League rugby in the Capital.

"We understand that some of our fans in and around Wigan may feel a little disgruntled by the move; however, we sincerely hope that they can understand the opportunity this provides us to grow as a Club. With a bigger fan base, more blue chip corporate support and access to a wider talent pool of players it will allow us to meet our mission to become the biggest Club in the world.

The benefits that this will bring will benefit everyone involved with Wigan in the medium to long term, allowing us to further invest in the best facilities, outstanding fan experiences and our playing squad

“A little bit like the World Club Challenge in Sydney two years ago, this is a great opportunity to showcase Wigan – both the Rugby Club and the town – to the wider world in one of the biggest and most vibrant cities on the planet. We certainly left a positive impression in Sydney and the NRL still talk about the way we conducted ourselves and the 4,000 Wigan fans who made the trip.

"The game in London will be another fabulous occasion and we hope Wigan fans from across the country, including the North West, will be as excited about this as we are and will come to the game.”

Wigan has a long and successful history in the Capital, most notably through their record number of Wembley appearances and London-grown star players including Martin Offiah, current England Internationals Dan Sarginson and Tony Clubb, and numerous converts to the Rugby Union International scene including Andrew Farrell, Shaun Edwards, Jason Robinson, Chris Ashton and Owen Farrell, as well as Joel Tomkins who last year returned to his hometown team from Saracens Rugby Union Club.

"Many fans complain that Rugby League doesn’t command the profile of other sports and tell us that they want to see Rugby League competing with the likes of rugby union, cricket and football on a national scale with a higher media profile.

“We had a hugely successful Magic Weekend in Newcastle earlier in the season and Wigan should be congratulated on taking a Super 8s game to The Den. They have some great plans to put on a spectacular show and to tap into the London-based media outlets.

"I spend a lot of time in London and firmly believe this is a positive move. I hope the entire sport gets behind them."

The Club are working tirelessly to finalise the finer details including ticketing and travel arrangements – including free priority seating and free travel* for current season ticket holders. Full details will be announced in the coming days.

Tickets for the game are available HERE

* Free travel will be subject to some limitations.