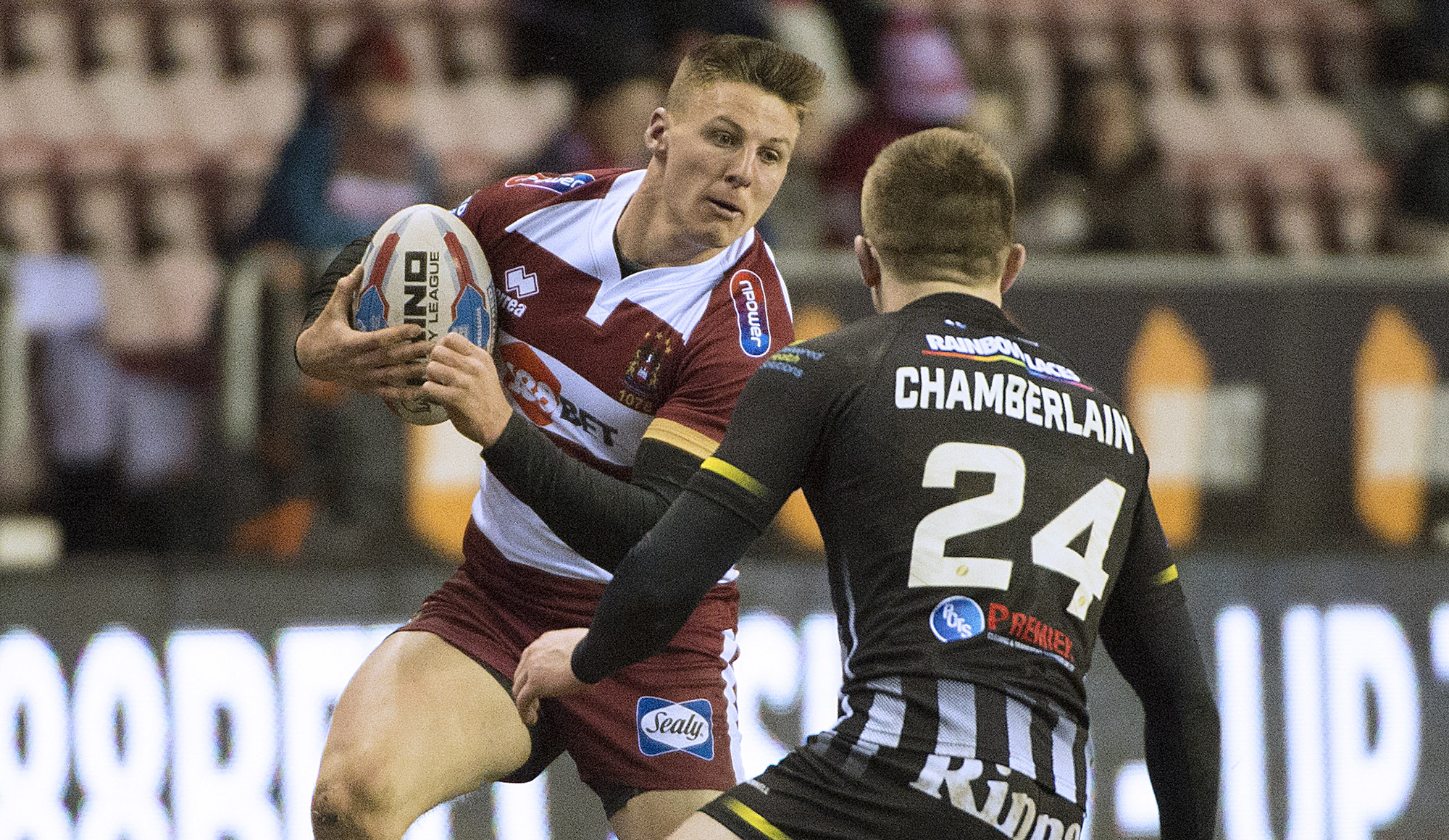 After his call-up to the England Knights Performance Squad we caught up with Wigan winger Tom Davies.

Tom, you’ve been called-up to the England Knights Performance Squad, congratulations! How did you hear about the news?

“Paul Anderson called my mum and dad’s number as that was the only one they had on record for me. He told me I’d been selected and I instantly thought it was one of the lads messing about. It took him a few minutes to convince me it was actually him and I ended up having to apologise when it hit me!”

You started off at Wigan as a trialist midway through the Under-19s here and now you’re in the England Knights squad! You must be pinching yourself?

“It’s unbelievable, I’ve never played for England at any level so it’s massive and I’m absolutely ecstatic to have received the call. In one way I’m celebrating and I’m really excited to be involved but at the same time I know that the hard work starts now as I’ve got to go up another level and prove that I can do it.”

Paul Anderson is clearly happy with your start to the year, what have you made of your early-season form?

“I’m pleased so far. If you’re out wide and the work is done on the inside then that makes you look good on the wing. I just try to do the best that I can for the team every week. If I do my role the best I can and we get the win then that’s the most important thing. To get any other individual recognition like the Knights is a bonus really.”

As a team we’re three from four. Are we happy with the start?

“To be honest I think we should have had four from four. We were way off against Warrington but we put that right against Widnes. Our first half last week wasn’t the best but in the second half we showed what we can do. We’re not quite where we want to be but we’re inching towards that every day and are getting some good reps in and are just focused on climbing the league.”

Wakefield are on the teams above us at the moment, they’ll be difficult opposition this week won’t they?

“They always are! They’ve got quality across the park with players like Fifita in the forwards, Tupou in the centres and Johnstone on the wing. They’ve got a good setup all the way across so we’ll have to do a good job to be ready for them on Sunday but we’re excited for that challenge.”

“Yes I’m looking forward to that. We’re both young players in the same position but you look forward to those challenges, I’m just going to do my best to try and get one up on him.”

Wigan host Wakefield Trinity at the DW Stadium on Sunday, 3pm kick-off. Tickets are available starting from £22 for adults, £16 for concessions with juniors from £10. Members are entitled to £2 off adult tickets and £1 off concession and junior tickets.

An all-inclusive family ticket is available for just £58 HERE whilst pro-rata Season Tickets are now available too, click HERE for more details.