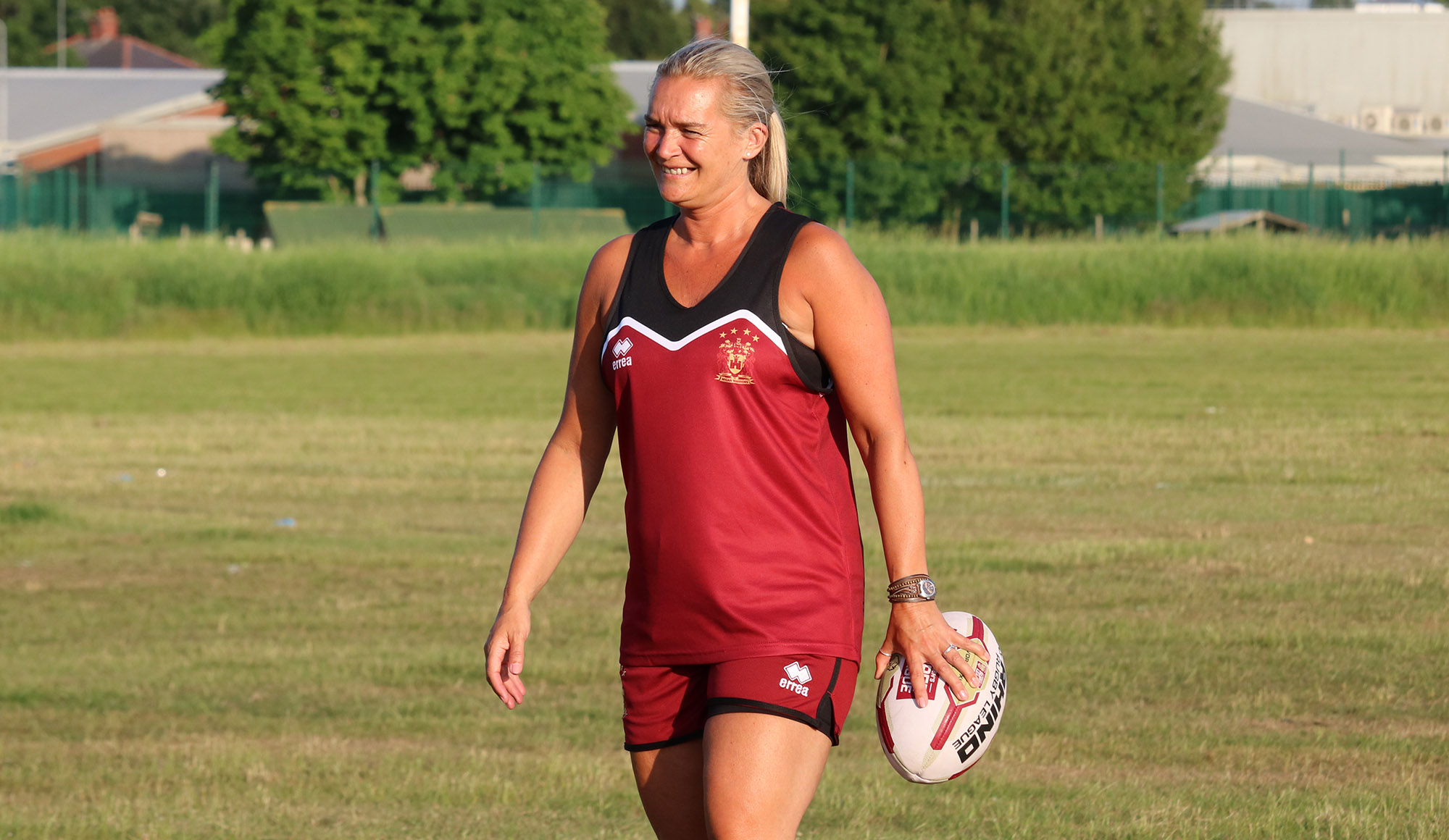 Wigan Warriors Women prepare to face York City Knights Ladies away from home in the Women’s Super League on Sunday 16th September, where the Warriors could still go top of the league with a win.

Amanda Wilkinson’s side were dealt a blow as they were narrowly beaten 12-10 by Castleford Tigers Women at the Robin Park arena on Sunday and dropped to third. A win at York would boost the Warriors though as they push for a home Semi Final tie.

In the first meeting between the two sides, the Warriors dealt York a heavy blow, scoring nine tries on the day and keeping the visitors scoreless, for a 50-0 victory. The win saw four tries from Captain Gemma Walsh, two for Amanda Sibbald, with Greenfield, Davis and Harrison all getting over to score.

The City Knights come into the game having made history, after winning their first ever Women’s Super League match, beating Featherstone Rovers 20-12. Whereas the Warriors will be looking to make amends and get back to winning ways.

Ahead of the match, Amanda Wilkinson said: ““We were disappointed after last week, but it’s about how you come back from those disappointing results and we’ll be looking to do that this week. We’ve trained well, so we’re looking good going into this game.”

“Last week we were a bit nervous, we had a lot at stake and the pressure got to us a bit. That’s something we realised afterwards, we sat down and reflected on what went wrong against Castleford and we want to change that. The atmosphere is good and we’re looking forward to getting out there again on Sunday.”

On the opposition: “York are a good side and we won’t go in thinking any less. They come off the back of their first win which will have made a massive difference in confidence for them. We won 50-0 in our first meeting, but they will be a different prospect now, as are all the teams. I think everyone has improved as the season has gone on.”

The Wigan head coach also looks to hand out more debuts for the trip, on the squad she said: “There’s been quite a few changes to the team, which is no reflection of last week’s result. We have a few bodies that are injured and it’s an opportunity to put a few of the younger players on that field. We’ve got two people due to make their debuts in Emily Baggaley and Emily Cox, which is something that I’m really keen to do, to give them that opportunity where we can and I think this is the perfect time.”

The game takes place on Sunday 16th September at York St John, Haxby Road, with a 2:00pm Kick Off.