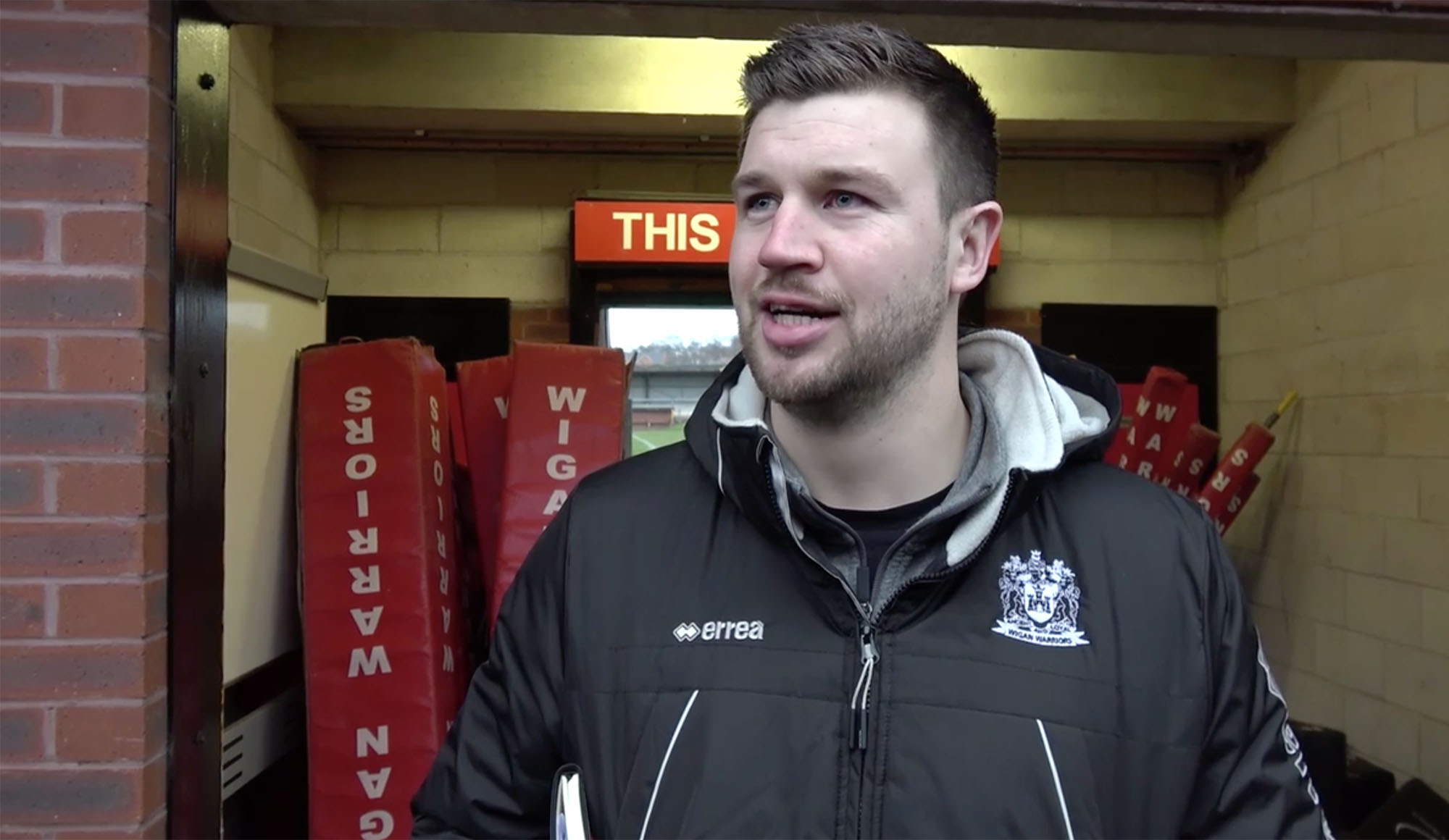 Goulding: Home Support can be 'key'

Wigan Warriors Under-19s Coach Darrell Goulding is urging fans to come out and support his side as they prepare face Huddersfield Giants on Saturday in the Academy play off semi-final.

The former Wigan winger wants fans to attend the Missing Link Community Stadium in Orrell to give his team an ‘extra lift’ as it will be a record ninth Grand Final in 11 seasons if they are to get there.

Goulding said: “I know myself from playing the difference the fans make and I know the lads love it when they come out at Orrell and it’s packed. The noise behind them gives them that extra lift that they need and hopefully they’ll come and see a good performance and I think the lads have been very good this year so hopefully a lot of fans can come and see that.

“Playing at home definitely gives us an advantage. There’s no hiding behind the fact that we like playing at home whether that’s at Orrell or Robin Park. We like having more fans than the opposing team and I think it’s always helped us get the best out of ourselves.”

On the recent and consistent record of U19s Grand Finals, Goulding said: “It’s an incredible stat. It’s down to a lot of hard work from people at the Club in the past and now as well. It’s also down to the amateur coaching as were lucky we’ve got a town where rugby league is bred into people and we’re getting more and more players each year so hopefully it continues.”

Goulding revealed the ‘buzz’ around the Club this week as he believes there is different side to the mentality and thinking behind the final few games of the season.

“There’s been a buzz around the place and everyone is excited for it,” he said.

“We’ve trained really good and we’ve still got a couple of days left but at the minute it’s looking good.

“We want to win like any other club but also from a development point of view, I think the lads need to learn how to win these big games under the pressure and that’s development issue in itself. There’s a normal buzz about it and I think every club at this stage now wants to be winning the Grand Final.”

The Coach admitted he will be naming an experienced side as he expects a tough test from the Yorkshire outfit, who have massively improved after finishing 11th in 2017 compared to 4th this season.

Goulding said: “We’ll obviously have a strong side out there’s no doubt about that. I also think Huddersfield are going to have one too. There are a couple of players who played for the first team on Thursday night who are going to play on Saturday as well so they’re definitely going to go for it and I think it should be a good contest.

“Massive credit must go to Huddersfield for the turnaround they have made since last year. Luke Robinson has obviously done a good job as Coach and I know Andy Kelly who’s a very good Head of Youth there too as he’s done a lot of great things for that club. They’re progressing really well and they’ve got a lot of really good players this year. It’s good to see and I know they’re very proud of the fact that they’re getting a lot of players who’ve come through their system and are going into the first team which is a big step forward for them as a club and I think it will continue.”

Goulding also spoke about Harry Smith who was named Under-19s Player of the Year two weeks ago.

“He’s definitely deserved it. He’s played very well this year and you don’t get achievements like that for not playing well. It shows his consistency and I think he’s stepped up. He had a really debut season and he’s stepped up again this year and the challenge for him is to push on higher next season and get more time whether that’s on loan or a challenge for the first team. He needs to keep on progressing but we’re very happy with him.”

Come down and support the young Warriors on Saturday at the Missing Link Community Stadium, Orrell.

Tickets are priced at £5.00 for Adults and £3.00 for Concessions. Please note season tickets are not valid for this game.

If you can’t make it to the game, you can watch it live on Wigan TV from 2pm.