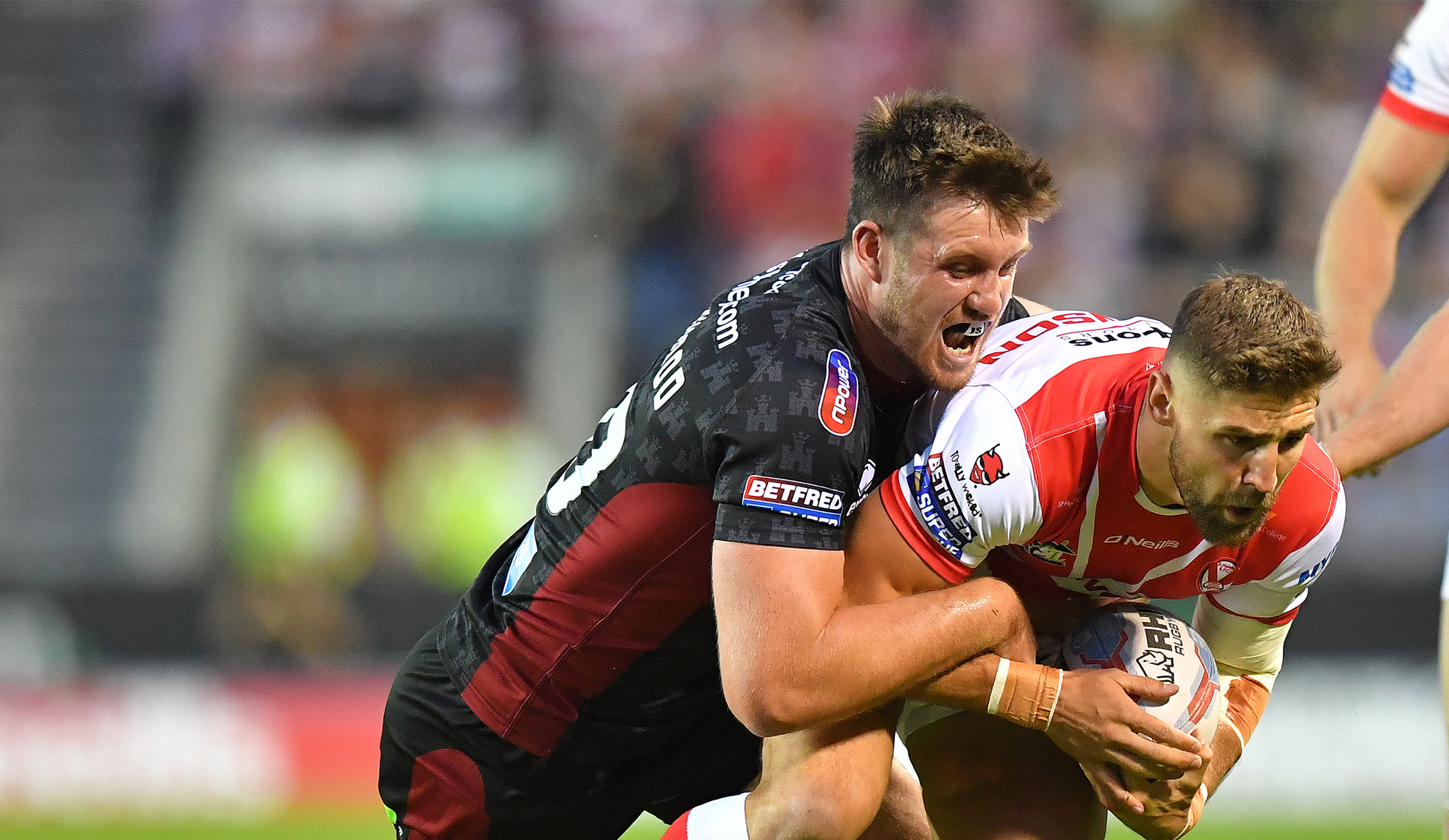 Greenwood: Let's do it for Waney

Joe Greenwood wants Wigan to win Saturday’s Grand Final for Shaun Wane as it will be the Head Coach’s final game in charge.

The forward who joined the Warriors in June acknowledged the match at Old Trafford will also be the last for John Bateman, Sam Tomkins and Ryan Sutton who are all set to leave the Club at the end of the season.

Speaking at the Grand Final Media day on Monday, Greenwood said: “They need to leave on a high and we’ve got so much emotion around the camp.

“Those who are leaving have been here through thick and thin through the Wigan Club and the culture and its massive so we’ve got a big job to do and our main focus is to get that trophy and do it for Waney and all the lads that are leaving as well.

“I think anything can happen in a Grand Final. It is our biggest drive and we’ve probably got a bit extra so it’s going to be nerve racking but I’m looking forward to it and it’s going to be a big night.”

The second row enjoyed Monday’s look around as the players got used to the surroundings with Wigan being based in the home team changing room at the Theatre of Dreams on Saturday night.

“I’m just taking it all in at the moment,” Greenwood happily expressed.

“It’s fantastic and it’s great for what we’ve done through the Super 8s and to get here is just insane. It’s a good vibe and it’s a nice build up to the game.

“We have to get back to it again. We had a review (on Monday) and a bit of team bonding. We are familiarising ourselves with everything and we’re loving the trip and embracing it all. These games don’t come around so often and you never know when the next one is going to be so we’re loving it and we’re staying together as one big family which is really good.”

Greenwood said his side are going into the Grand Final full of confidence and in great momentum after nine straight wins but is wary of what Saturday’s opponents can bring.

“It was a great win and to keep them to nil as well I thought the team did really well so we’re going to kick on from that.

“Warrington is the big one and they probably offer a little bit more in attack as they’ve got big outside backs so we’ve got a job to do on them and that’s our main key.

“It was said in the video review that they knocked us out in the Challenge Cup so we have to get one back and I know we’ve beaten them a few times in the last couple of months. Our head is on the game on Saturday and we are back to it now in training.”

Greenwood is also in anticipation of seeing the Wigan fans out in numbers at Old Trafford, as tickets are tickets are limited for the Easterly End.

“I saw on Twitter they were all queuing up the other day and they’re going to be here loud and proud and we’re looking forward to it and the chants too. Bring on Saturday!”

You can buy your Grand Final tickets on Thursday from 9am till 2pm by calling 01942 311111 or purchasing at the DW Stadium Ticket Office. Tickets wanting to be bought after 2pm on Thursday can only be secured through the RFL.