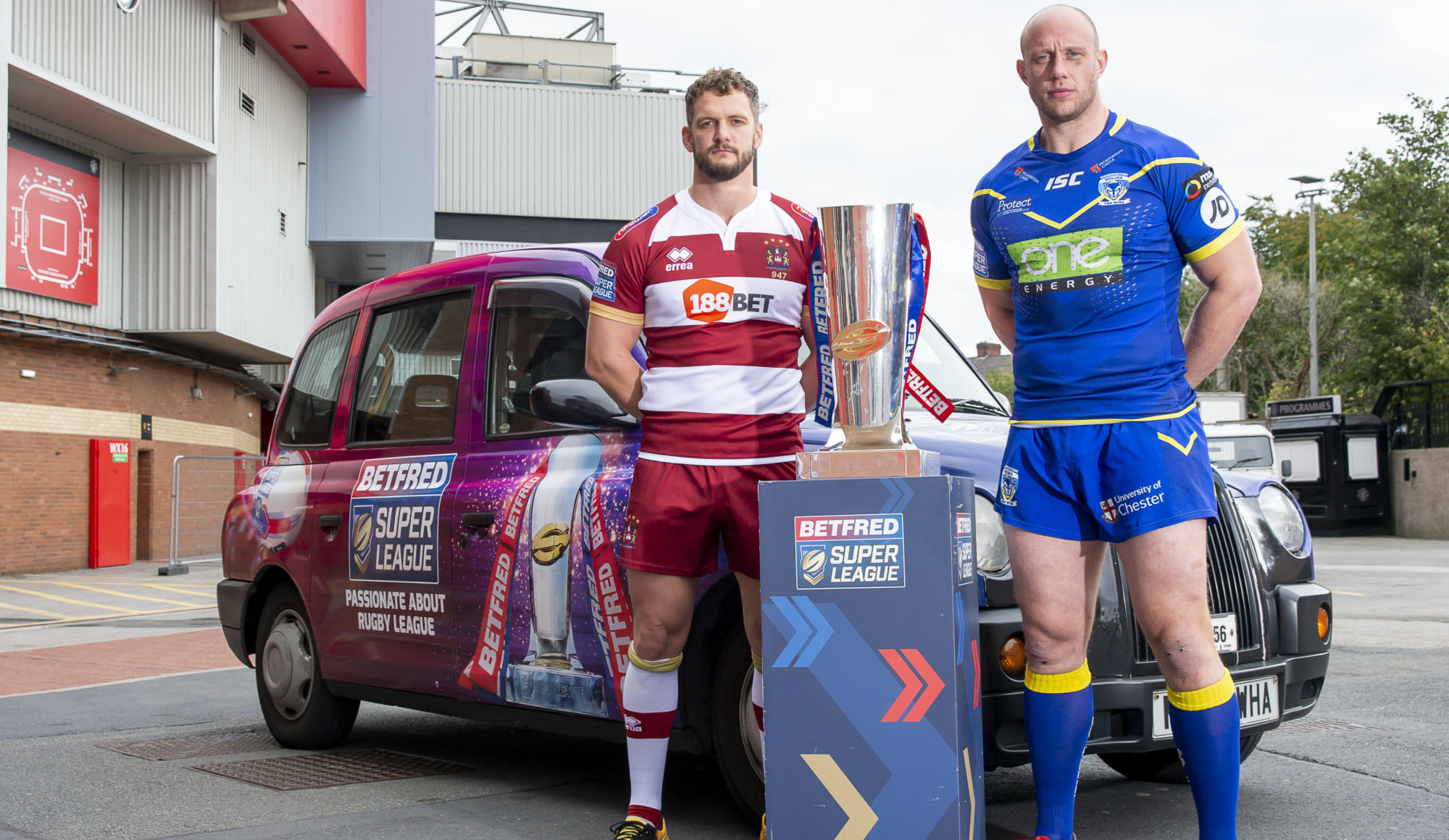 Free Taxi to the Grand Final anyone?

Warriors fans can arrive in style to the Grand Final on Saturday by grabbing a free taxi from Manchester city centre to Old Trafford, courtesy of league sponsors Betfred.

Betting company boss Fred Done has said he will happily pick up the fare for supporters from Wigan and Warrington, hiring 10 black cabs to run from the city centre to the stadium between 10-am and 6pm.

The cabs will happily provide a lift to any fans in the M1, M2, and M3 postcodes during the time window and run them up to Old Trafford. Fans simply need to flag down one of the Betfred Super League cabs and show their ticket for the game.

And that’s not all – one fan in the right cab at the right time will win £1,000 AND a signed Grand Final ball, while another ten supporters will be handed £100 consolation prizes.

Wigan Skipper, Sean O’Loughlin, who will lead out the Warriors on Saturday night had this to say abolut the free taxi service. “It’s a smashing idea for our fans to turn up in style with the prospect of a few quid in their pockets… Maybe one cab could hang around for me after the match.”

Betfred boss Fred Done had this to say – “I have never had a taxi fare as big as this but I have no regrets whatsoever. The supporters of both these famous clubs are the salt of the earth who love their rugby league and deserve to arrive at the final in comfort.” 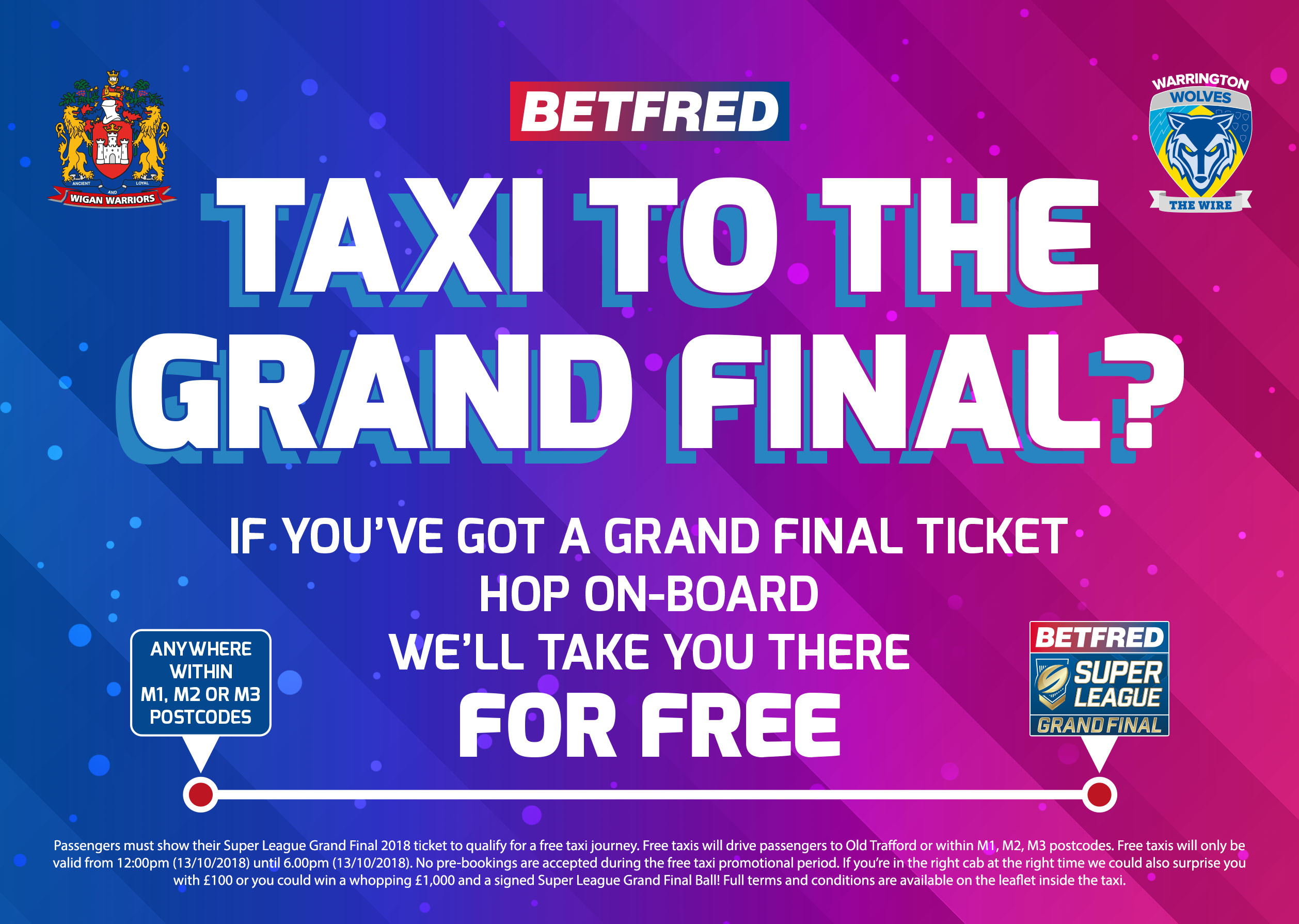