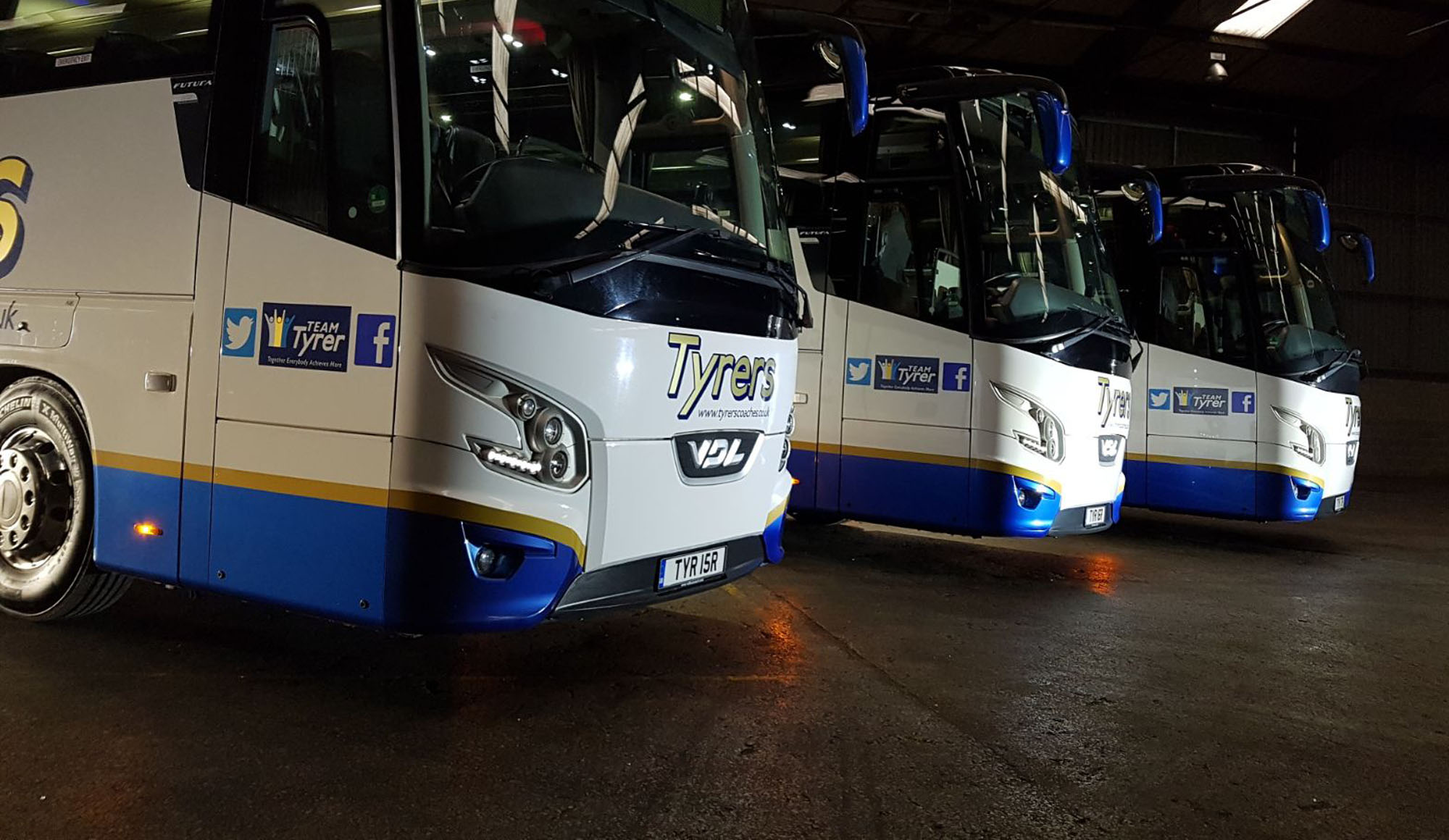 Wigan Warriors are pleased to announce a two-year deal with Tyrers of Adlington who will provide supporter travel to all away BETFRED Super League fixtures in 2019.

Tyrers of Adlington have a wealth of experience in providing supporter coach travel, having done so for fans of a number of football clubs including Bolton Wanderers and Preston North End. With drivers who are Wigan fans themselves, who better to take Warriors supporters to games than fellow fans?

The coaches will depart as usual from the DW Stadium with a second pick up at the Wigan Youth Zone for those fans wishing to get on in the town centre. On the return journey there will also be a stop at Wigan North Western railway station for anyone needing to get a taxi home later at night.

Tyrers MD Richard Buckle said: “Tyrers Coaches are excited at the prospect of being involved with the club for the forthcoming season. Many of our staff are from the Wigan area and are supporters. Transporting sports fans is something we know all about here at Tyrers as we have been doing this for Bolton Wanderers and Preston North End Football Clubs for several years.”

Wigan Warriors Sales Director Geoff Warburton added: “I am pleased to welcome Tyrers of Adlington as our supporter coach travel partner and look forward to them offering great service to our fans over the next couple of seasons.”

A full table of games, prices and departure times are listed BELOW. Dates and kick-off times may be subject to change. Please check in advance of each game before you travel.

Book your seat in one of two ways - DW Stadium Ticket Office by calling 01942 231111 or book online via our online ticketing portal https://www.eticketing.co.uk/wiganwarriors/ and don’t forget AWAY tickets area also available via this link as they become available for sale.