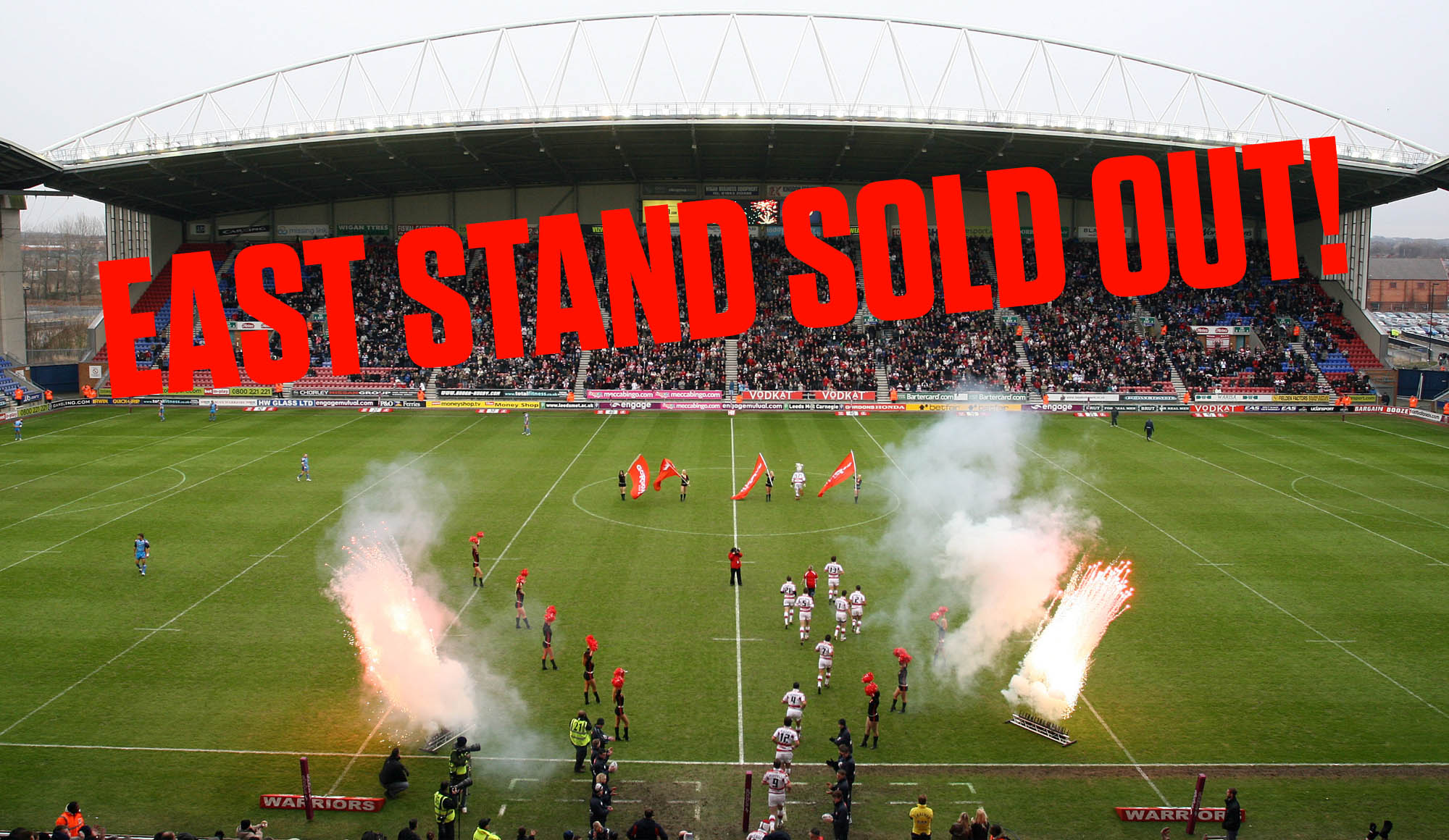 East Stand SOLD OUT for WCC

As demand tickets continues to rise for Sunday’s game Wigan Warriors fans are advised that there is limited availability in the Springfield Stand (West) and North Stands with only a small number of South Stand tickets left to pre-purchase ahead of the game.

DW Stadium Ticket Office Manager, Michael Jolliffe: “We strongly advise fans to buy in advance and use the Print at Home facility if possible if buying tickets for the Springfield (West) Stand and South Stand. Anyone who is looking to collect tickets on the day, we strongly advise them to give themselves plenty of time before kick-off to do so as the Ticket Office will be extremely busy on game day. Fans can also use the cash turnstile in the North Stand on the day of the game.”

Speaking about Sunday’s game at yesterday’s official press conference, Warriors Head Coach Adrian Lam outlined the importance of a packed DW Stadium for his side: “English supporters are renowned for their noise, passion and the atmosphere they can create and I’m hoping that on Sunday the DW Stadium will be cauldron of noise. 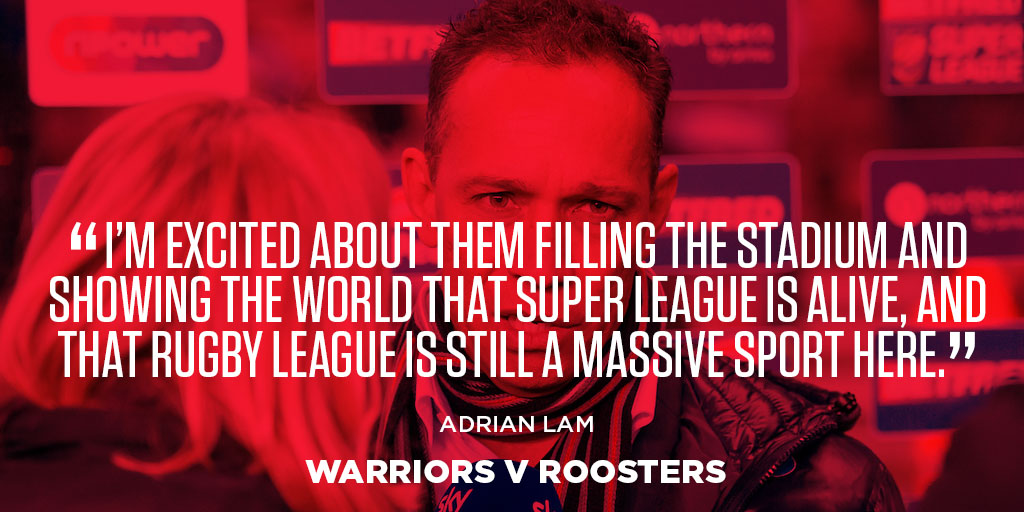 “Everyone is writing us off but having a packed house of Wigan fans behind us gives us a great chance to surprise the world of rugby league.”

It’s a message echoed by Lam’s skipper, Sean O’Loughlin: “It should be a great crowd and we are at home so it should be in our favour,” said the inspirational Warriors loose forward.

“From the players’ point of view, you just go out and play your best. What the crowd brings is that few per cent when they get behind you.

“It will feel like a final if it’s sold out and the majority of the crowd will be supporting us.”

He added: “What’s coming up is massive. You don’t get too many opportunities like it.”

For anyone who hasn’t purchased their Betfred World Club Challenge Ticket we advise the following:

Purchase your tickets online HERE in order to print at home, visit the DW Stadium ticket office in person today (Friday before 5pm) or call 01942 311111.