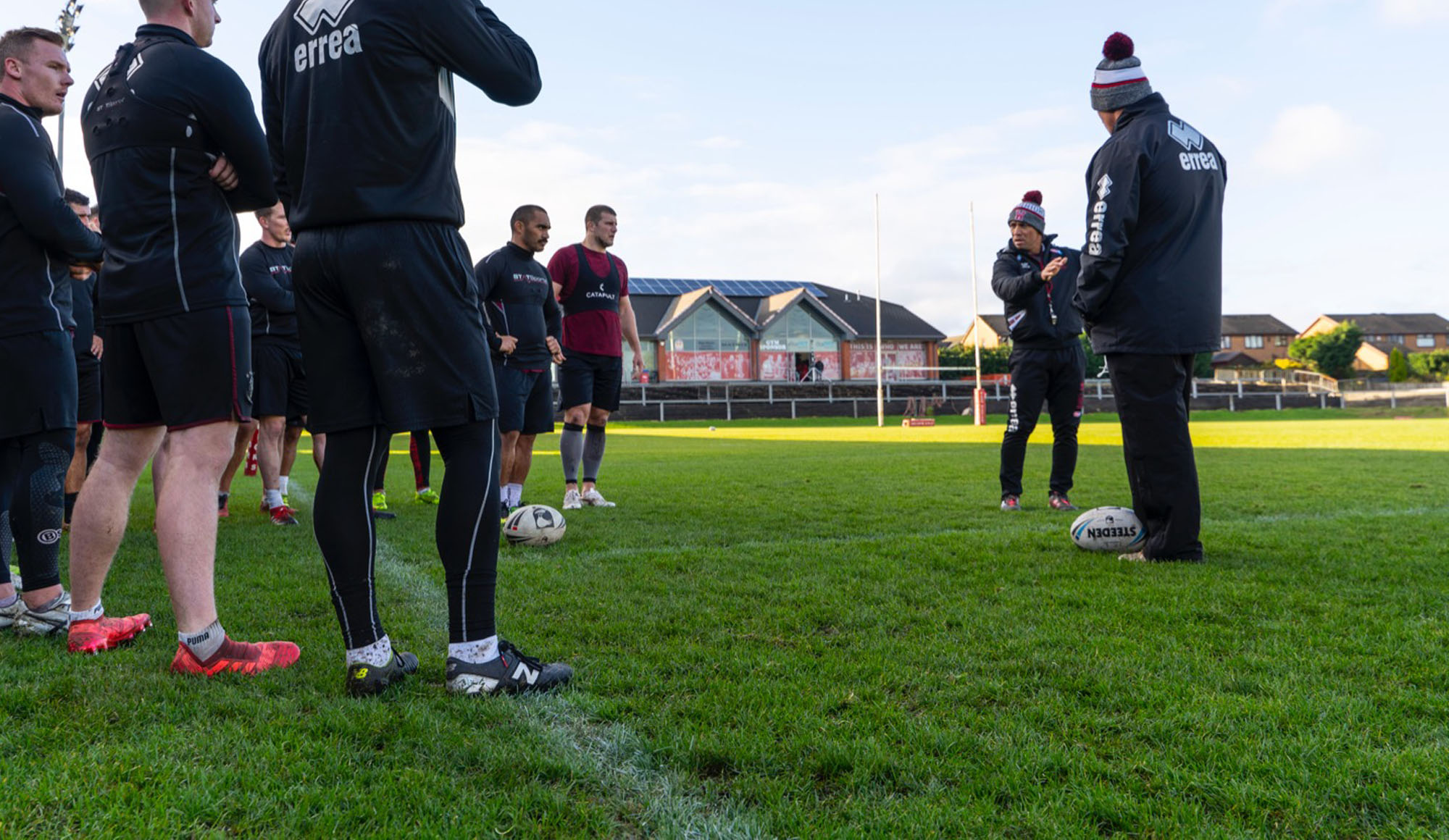 This Friday’s Betfred Super League clash between 2018 Champions Wigan and Warrington will be the first time they have met since last October’s Grand Final.

Wigan head into Friday’s fixture off the back of a defeat to Huddersfield Giants, and Adrian Lam sees this fixture as the perfect way to respond to their slow start to the campaign.

“I think the timing is great for Wigan because it gives us an opportunity to bounce back, play the way we really want to and come away with the win.

“We feel with the last couple of disappointing performances that this is certainly one to get the players up for and have no excuses.” [Read his full preview HERE]

Joe Greenwood boosts Wigan’s second row options as he returns from a concussion which kept him out for the last two weeks. Dan Sarginson also returns for selection.

Dom Manfredi will be side-lined for up to three weeks following an injury to his teeth in last week’s defeat to Huddersfield. Liam Marshall also misses out with a knee injury which is expected to keep him out of action for up to 6 weeks.

Sam Powell is the third casualty from last week’s defeat, picking up an ankle injury which is expected to keep him out for 2-4 weeks.

Prop-forward Taulima Tautai will serve the first of his three-match ban following being charged with Grade C - contrary behaviour after appearing to kick out in a tackle during last week’s game against Huddersfield. 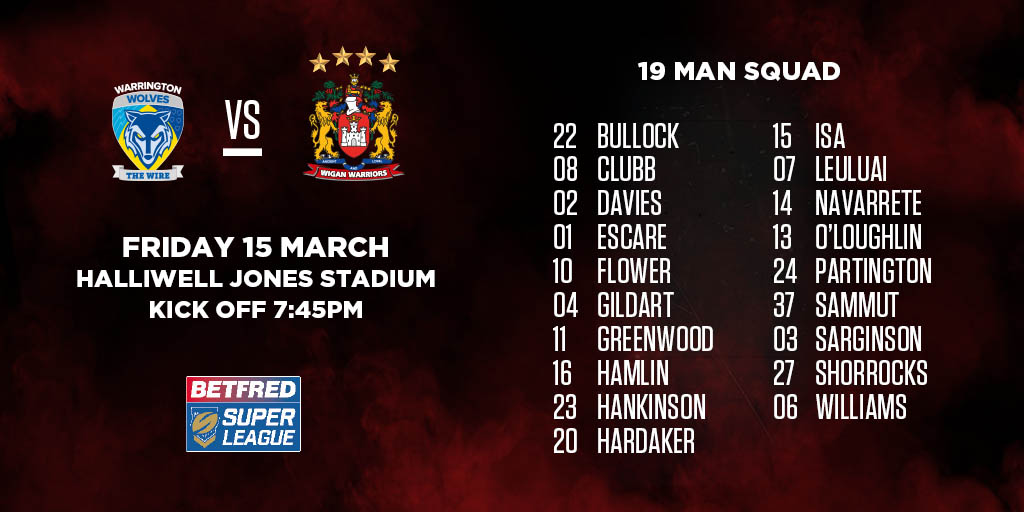 You can still get your tickets for Friday’s game. For more info, click HERE.

Tickets are now on sale for Wigan’s next home game on Mother’s Day as Catalans Dragons visit the Betfred Super League Champions. Get your tickets online HERE or call 01942 311111. 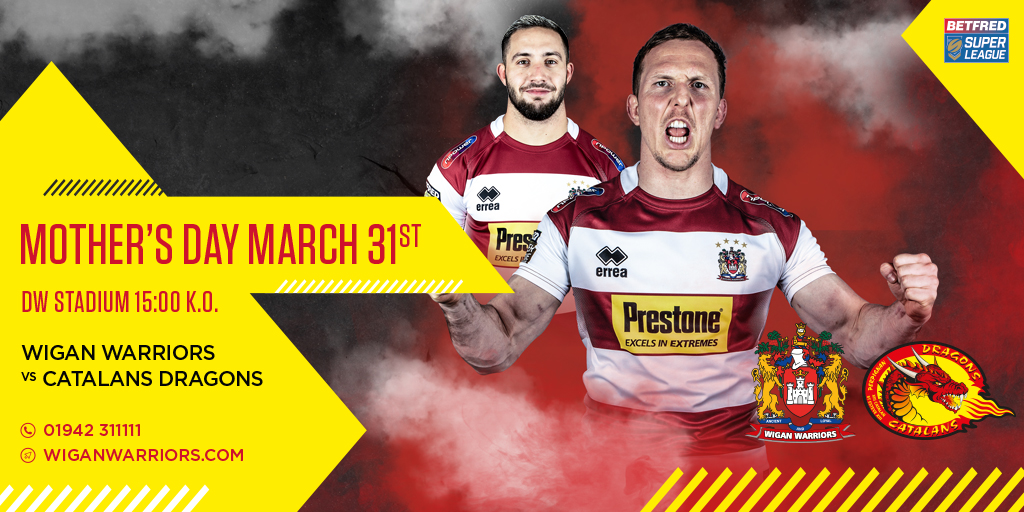