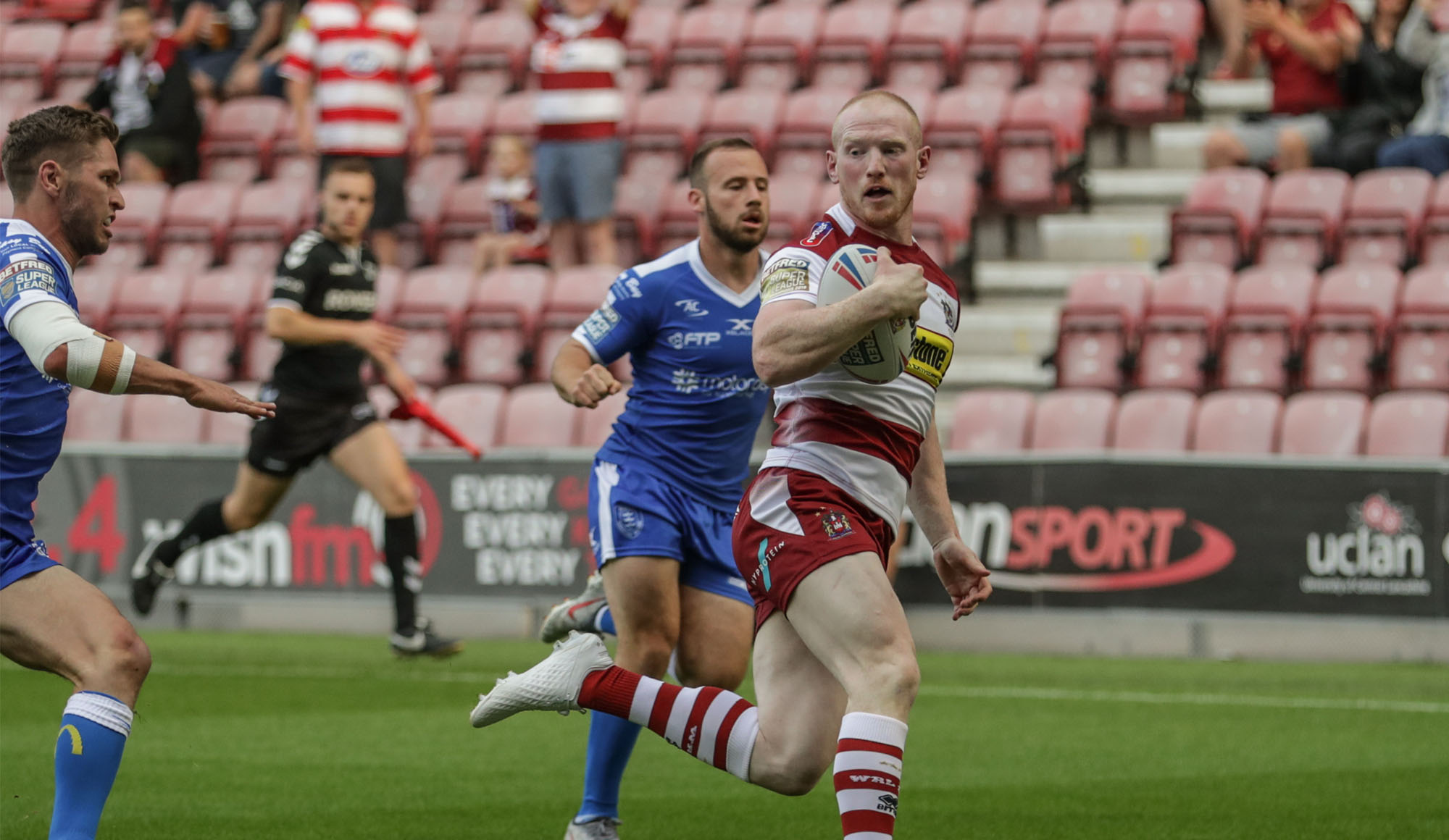 A Liam Marshall hat-trick helped Wigan Warriors cruise past Hull Kingston Rovers at the DW Stadium the Round 21 of the Betfred Super League on Friday night.

Adrian Lam’s side put nine tries past the Robins in a free-scoring affair, seeing Wigan put on 52 points to KR’s 10.

A brace from Liam Marshall and tries from Liam Farrell and Zak Hardaker in the first half, was followed by a high scoring second half that saw the Cherry & Whites put another five tries past the Rovers in just 13 minutes, with efforts from Marshall, George Williams, Farrell, Oliver Gildart and Joe Burgess.

The Warriors got off to a flyer courtesy of second-row Farrell. A quick show of hands from Farrell on half-way found Gildart, who then fed Burgess to make plenty of ground on the left flank. Drawing in the KR full-back, Burgess then slipped it back inside to find Farrell in support to run over from 20 metres. Hardaker added the extras.

Hardaker added two more to the Warriors score in the 11th-minute via a successful penalty kick. Rovers conceded a dangerous tackle on Williams to give the Cherry and Whites a shot on goal.

The Robins grabbed their first points of the game two minutes later through fullback Adam Quinlan. A pacey move down the right edge led to the ball finding winger Craig Hall, who fed the ball back inside to Quinlan to cross the whitewash in the corner. Ryan Shaw converted to add two more for Rovers.

Lam’s men didn’t wait long to put on another try, with Marshall going over in the corner in the 18th-minute. A well-timed pass from Hardaker drew out KR winger Ryan Shaw, to leave Marshall with plenty of room to touch down. Hardaker added the extras to take the score to 14-6.

Wigan’s right edge proved dangerous once more in the 21st-minute when Marshall bagged his second of the game. Dan Sarginson this time the provider. Hardaker failed to convert.

Following a dangerous tackle on Hull KR’s Weller Hauraki, Wigan forward Romain Navarrete was sent to the sin bin in the 26th-minute.

Hardaker scored a try of his own in the 37th-minute thanks to a well-placed kick from Williams. The half-back nudged one forward, upon realising the Rovers defenders were going to catch him, following a line break on the 40-metre line. Hardaker won the race to the ball and managed to touch down in the corner.

Marshall completed his hat-trick in the 54th-minute; a try that marked his 50th for the Club. A gut-busting run from prop forward Joe Bullock made up plenty of yards down the middle of the park. After Rovers finally dropped him, a right edge move found its way to Marshall, who touched down in the corner. Hardaker failed to add the extras.

Momentum firmly stayed with Wigan and just three minutes later they crossed again. Williams found himself 10 yards from the Rovers line with acres of space to stroll into and touch down under the posts. Hardaker added the two points.

The Warriors struck again in the 60th-minute through Farrell. The second row’s well-timed line break meant he could easily gallop home from 20 metres to score his second of the game. Hardaker added the extras.

Wigan piled on more misery for the Robins four minutes later, as Gildart scored touched down on his 100th Super League appearance. Jarrod Sammut broke free of the Rovers line from half-way, but was unable to run the distance before being caught be two defenders. A clever offload to Gildart saw the centre cross the whitewash easily. Hardaker provided two more.

Just three minutes later, Burgess strolled home from 30 metres to score easily in the left corner and mark his 99th try for the Club. Hardaker added a further two points.

Hull KR grabbed their first points of the second half in the 71st-minute via Quinlan. The full-back grabbed his second of the game, crossing the line in the left corner. Shaw failed to add the extras and the try was nothing more than consolation as the Warriors ran out deserved 52-10 winners. 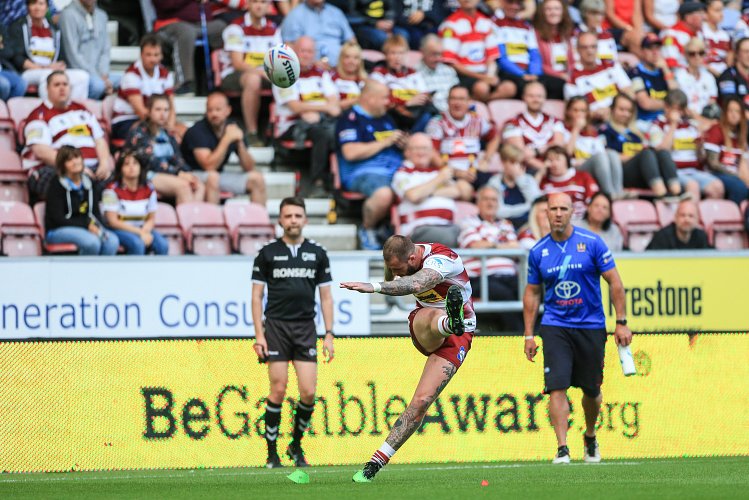 The top ten moments captured from Wigan vs Hull KR 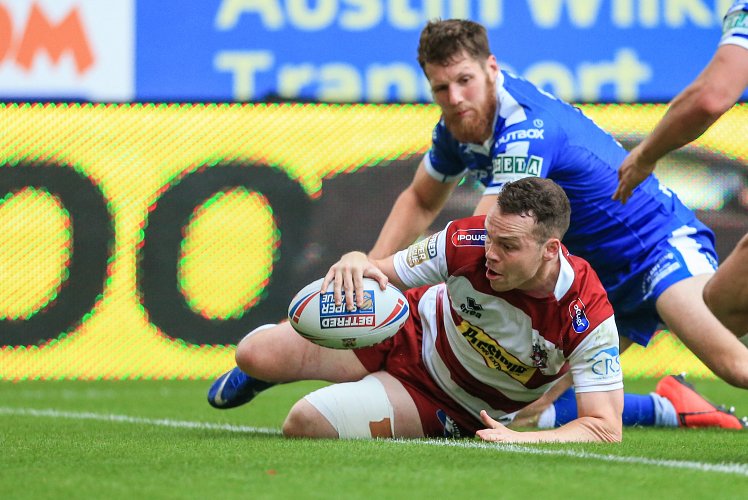 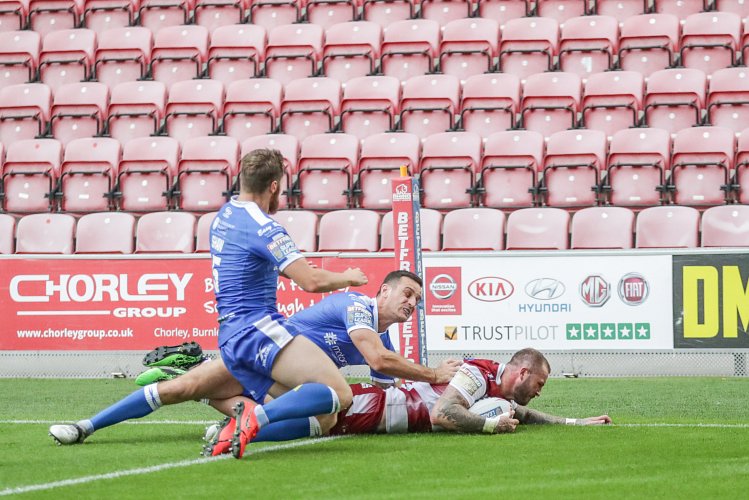 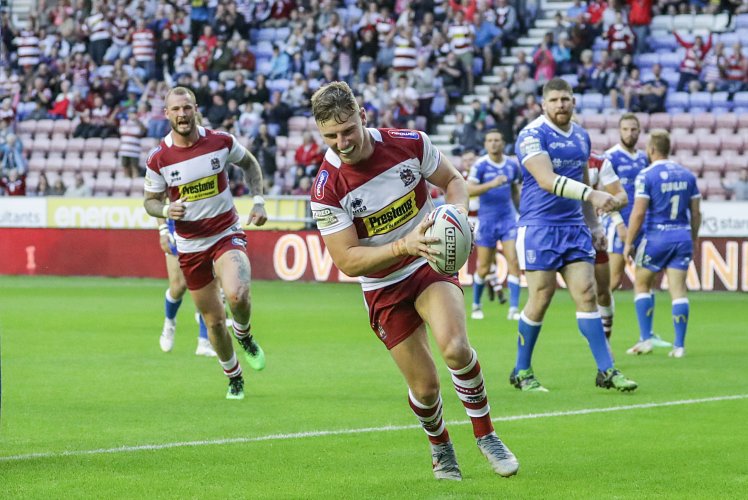 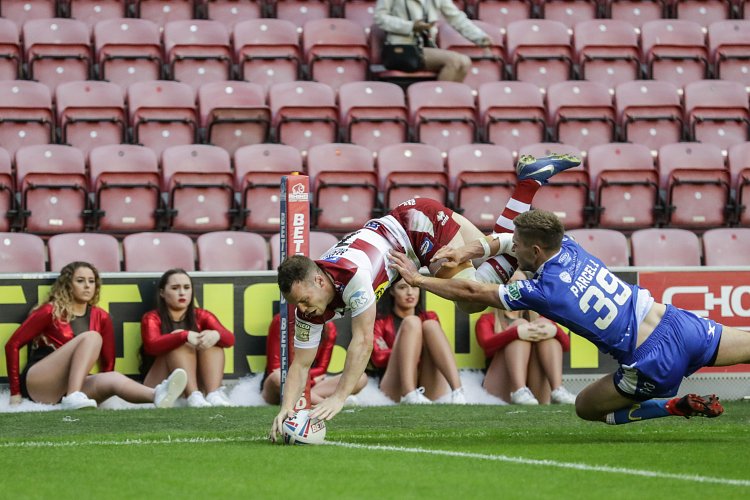 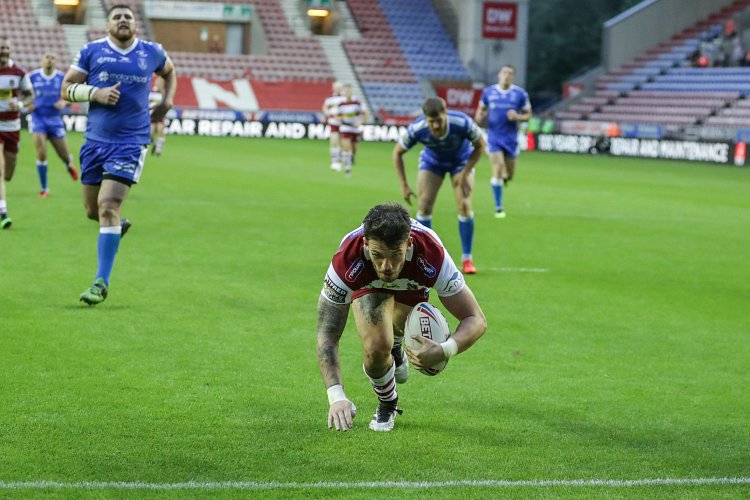 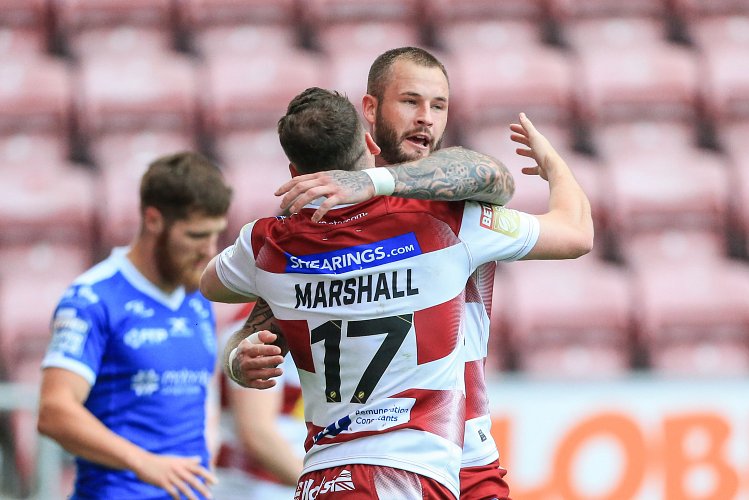 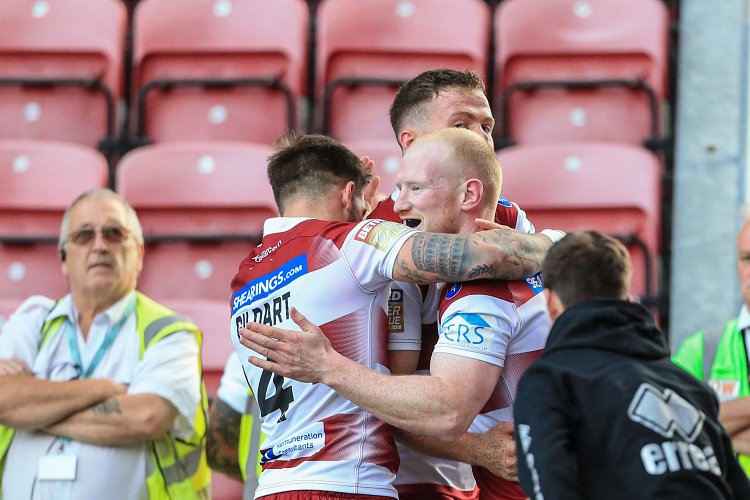 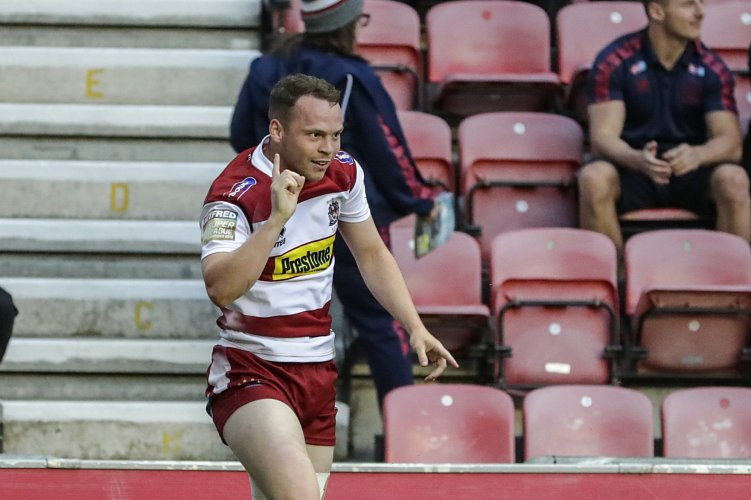