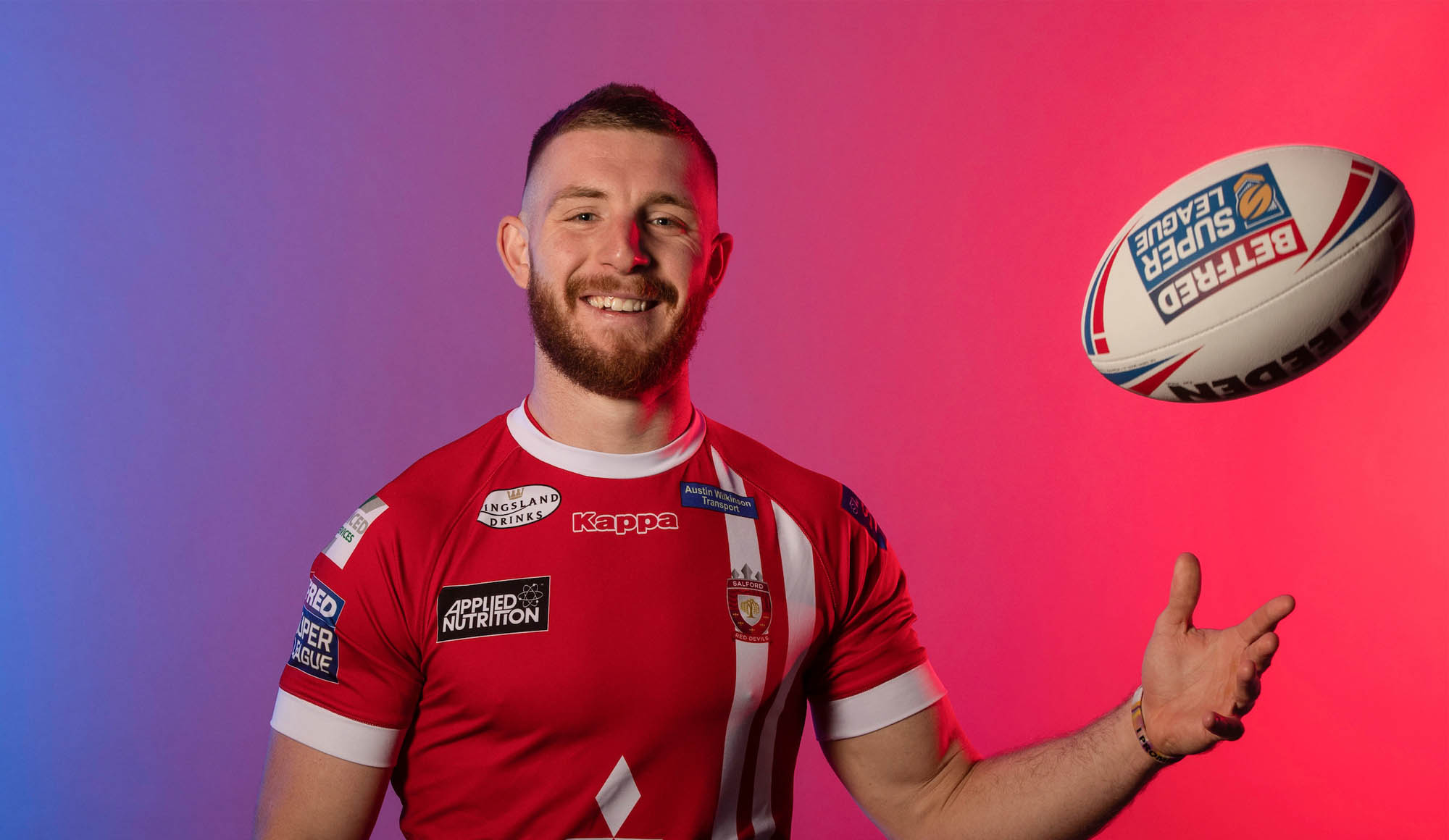 Hastings to become a Warrior

Wigan Warriors are delighted to announce that Salford Red Devils half-back Jackson Hastings will be joining the Club at the end of the season.

The star playmaker will arrive at the DW Stadium from Salford and has penned a two-year deal until the end of the 2022 season.

A former Sydney Roosters junior, Hastings had a spell at Manly-Warringah Sea Eagles before a mid-season move to Salford Red Devils in 2018. Since his arrival at the AJ Bell Stadium, Hastings has quickly established himself as one the Betfred Super League’s finest half-backs.

Wigan Warriors Executive Director, Kris Radlinski, said: “This a hugely significant signing for Wigan Warriors. In Jackson Hastings, we have secured the services of one of the most sought-after talents in the game, having fought off interest from around Super League and in the NRL.

“Jackson has a burning desire to win things in England and that ultimately lead to him joining us and turning down bigger money elsewhere.

“His attacking nous with ball-in-hand and his running game have lit up the Betfred Super League since he’s arrival in the UK in 2018. Furthermore, I believe his leadership and influence will play a big role for us in 2020 and beyond.

“Not only are we excited to see what he can bring to us on the pitch and on the training paddock, we are looking forward to seeing how Jackson immerses himself with the Wigan Warriors community and how he engages with our loyal fanbase as one of the league’s most recognisable and popular personalities.”

On his impeding move to the Warriors, Hastings said: “Although I am looking forward to an exciting new chapter in my move to Wigan in 2020, I intend to finish my term on a good note with the Salford Red Devils, including all members and fans - many of whom have become friends of mine who I appreciate greatly.”

Hastings’ two-year deal with the Warriors will see him become the Club’s Marquee player, and his deal also includes an NRL get-out clause in the second year of the contract.

The Warriors can also confirm that stand-off George Williams will leave the Club at the end of the season to take up a contract in the NRL after accepting an undisclosed transfer fee from an NRL Club.

Williams has helped the Warriors to two Betfred Super League titles and a World Club Challenge and has made 172 appearances for his hometown Club.

Radlinski said: “George has developed into one of the world’s finest half-backs, and although we are naturally disappointed to lose a homegrown player of his calibre, we wish him the best in his move to the NRL. I have no doubt he’ll take that competition by storm.

“On a personal level, it has been great to see George develop from a 12-year-old junior into the player he is today. He has the complete skillset of an international class half-back.

“George has never hidden away from me his ambitions to test himself in another league and experience a new lifestyle, and we feel that this is the right time for us to grant his wish having turned down several approaches for his services in the last three years.

Speaking about his future move, Williams said: “Firstly, I want to say a massive thanks to everyone at Wigan Warriors for everything they have done for me. Those people who have supported me, coached me and played with me – I really appreciated your support.

“I’ve been at Wigan since I was 12-years-old and I have managed to live my dream playing 170+ games and winning two Grand Final’s for my hometown Club, along the way making some incredible memories and friends for life.

“Another dream of mine was always to play and to test myself in the NRL so I want to thank Ian Lenagan and Kris Radlinski for their understanding in allowing me to do this. It is something I have always wanted to pursue and playing in the NRL is a big goal of mine, so I’m excited and very much looking forward to the massive challenge ahead.

“Most importantly, although I will leave at the end of the season it doesn’t change my attitude for the remaining games of this year. I will give everything I’ve got to go out on the highest and best way possible with my best mates.”

As part of the release agreement, Wigan Warriors can confirm that they have first refusal for George Williams’ services should he return to the Betfred Super League once his time in the NRL has come to an end.