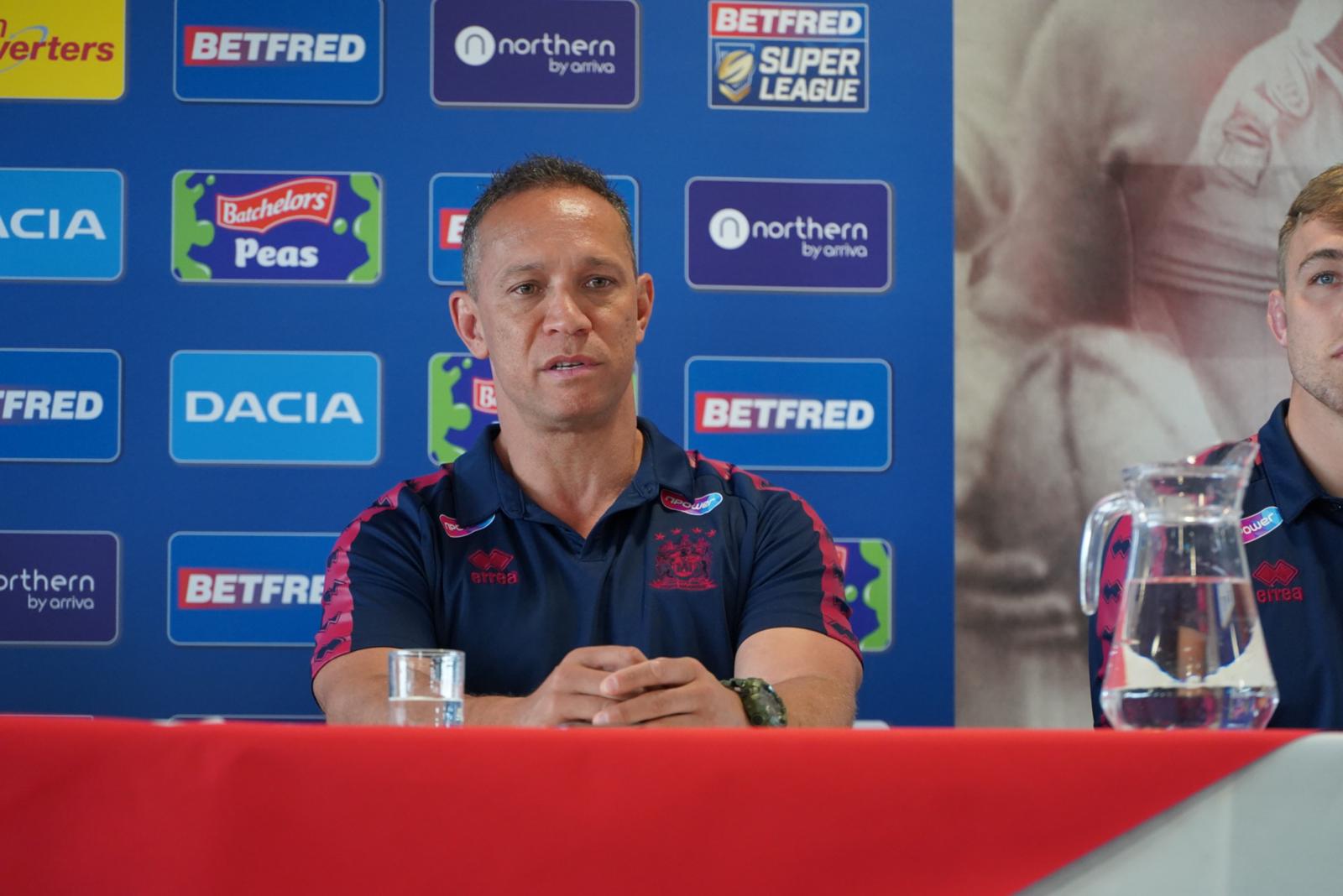 Adrian Lam says a win against arch rivals St Helens on Friday would mentally benefit his Wigan Warriors players for the rest of the season.

Saints have won 19 of their 21 games this campaign and have beaten Wigan twice, but Lam believes the optimism of success this year would be boosted immensely if they were to be victorious at the Totally Wicked Stadium.

Speaking at the joint press conference on Tuesday, he said: “A win would mean a lot to us. Obviously, we haven’t beaten them this year in the two games we’ve played them.

“They’re the league leaders at the moment and in regards to a win, it will help with the motivation and confidence in our players.”

Reflecting on last week’s 52-10 win over Hull KR, which saw the Warriors move up to fourth in the table, Lam praised the youngsters who played big minutes in what was his side’s fifth consecutive Betfred Super League victory.

“I thought it was our most consistent performance. We’re aiming to improve every week and we’ve put a few wins together which has helped us climb the ladder.

“We’ve got a few young kids (Oliver Partington and Morgan Smithies) in there who have done a very good job for us and I’m proud of them.”

On the injury front, Lam revealed he will wait on the decision to include Tony Clubb, after the prop forward came off in the eighth minute with a hamstring injury against Hull KR.

The Head Coach alluded to the possible inclusion of 19-year-old Liam Byrne, who has featured three times for first team in 2019.

He said: “We’ll get Tony Clubb to captain’s run and see how he is. He struggled at the start of the week, but he’s settled in ok. It’ll be a decision we make on Thursday.

“Liam Byrne and Jack Wells are in the picture and I’m excited about it. Liam is one of the young kids coming through and I would have liked to have seen more time of him.

“He has played at Swinton this year (on dual-registration) so he’s a big unit and I think he’s got a big future at the Club. We’re trying to get him involved as much as we can; that might be this Friday.”

After the Club announced that George Williams would be leaving Wigan for the NRL at the end of the season, Lam was questioned on whether it would affect the stand-off’s performances.

“It’s probably a relief more than anything,” Lam admitted. “He talked to the boys before it was announced, and he was emotional about it.

“He says that this Club has been his heart and soul since he was 12-year-old so it was a nice, touching moment but he said he wants to leave with memories that will last forever.

“He’s been up and down throughout the season. I think he’s found more consistency in the last month. I know his best rugby is still ahead of him so we’re looking forward to seeing that now his news is all out in the open.

“It gives him, his family and all the Wigan supporters a bit of clarity and I’m sure he’ll settle down nicely.”

Can’t thank everyone involved with @WiganWarriorsRL enough for your support and kind messages. I’m looking forward to finishing the year as strong as we can!
But also very excited for the new challenge ahead next year at @RaidersCanberra !
Thanks again 👍🏼 https://t.co/F0bq7wEAl6

It was also revealed on Monday that Salford Red Devils half-back Jackson Hastings will be joining the Warriors on a two-year deal starting from 2020.

Lam stated: “It’s a positive signing for us next year. He’s one of the in-form players at the moment in the competition and I’m sure the way he competes will certainly suit the way we want to play.”

When asked on the prospect of bringing in anymore players, especially in the forward areas, the Head Coach said it’s an ongoing process.

“We’re always on the lookout but we’ll see how it pans out. It’s pretty tough at the moment as everyone is in a similar situation.”