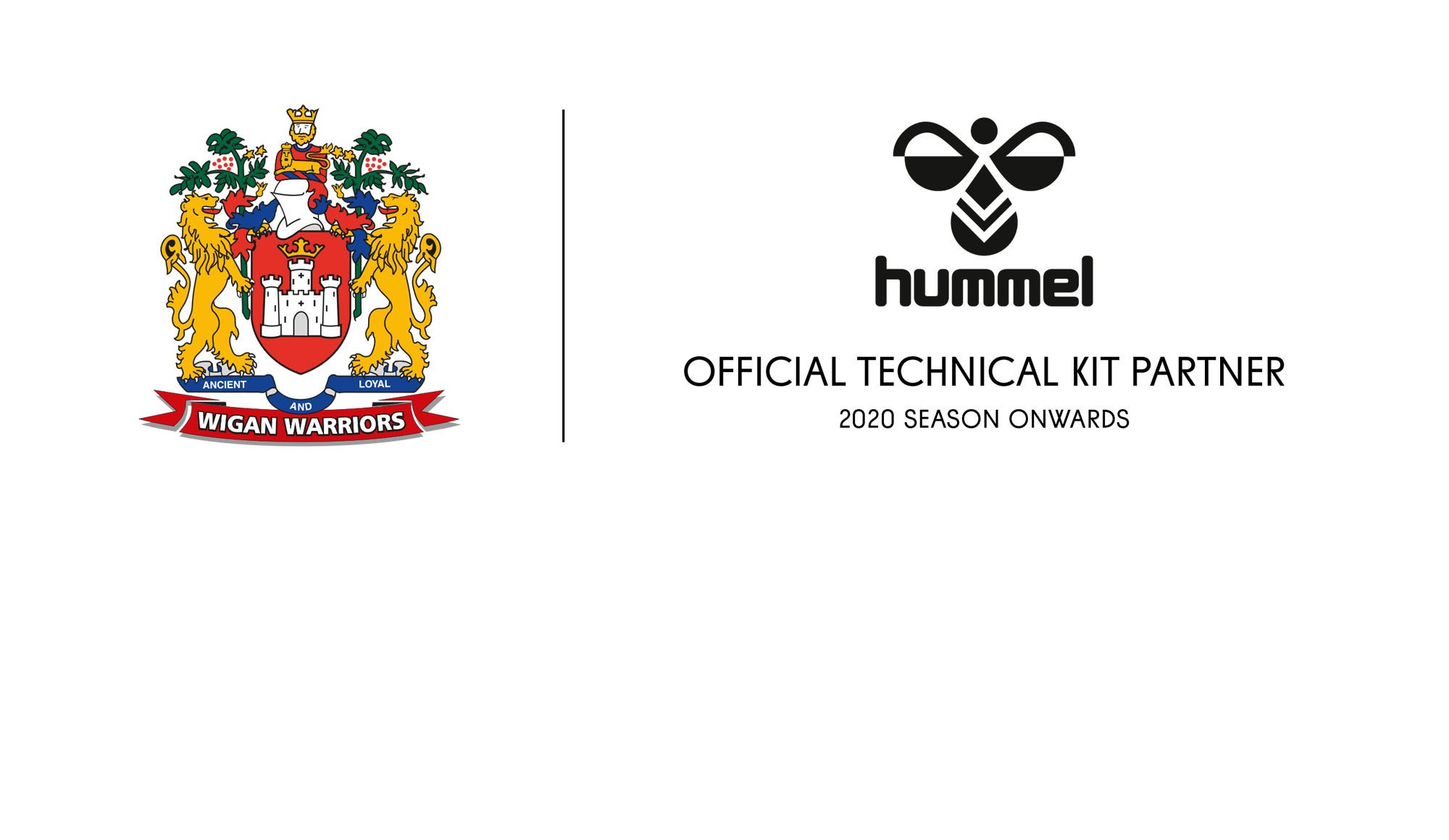 Wigan Warriors has today confirmed that hummel will become the Club’s new technical kit partner from next season, who have been appointed on an initial four-year agreement.

Hummel will produce three bespoke kits each season as well as a range of training and leisure wear for the 2018 Betfred Super League Champions.

Wigan Warriors conducted an extensive tender process, with several offers considered and hummel were chosen as the Club’s preferred option.

The Warriors will be the first Betfred Super League club to wear kit made by hummel, who are currently one year into a four-year deal with the Rugby Football League (RFL) and recently released the new Great Britain Lions jersey to wide acclaim in the rugby league fraternity.

The brand new home and away kit for 2020 will be unveiled in full in the weeks following the conclusion of the 2019 Betfred Super League season, with a third bespoke kit to be unveiled at a later date in the 2020 season.

“Hummel has recognised the value of Wigan Warriors as a springboard into the Betfred Super League and beyond,” said Wigan Warriors Executive Director Kris Radlinski. “They have ambitions to become one of the most recognised brands in the manufacture of sports kit worldwide, which matches with our ambitions of being the leading rugby league club in world. Their work with another iconic rugby league brand, the Great Britain Lions, has already highlighted hummel’s expertise and understanding of rugby league fans and the wider sporting apparel market.

“Both ourselves and hummel are very excited by the new partnership. We have already established an excellent working relationship and believe that we can both achieve consistent growth through offering quality products and outstanding design that I am extremely confident our fans will absolutely love. We also must thank Errea for the work that we have done together in recent years. This year’s away shirt is one of the biggest selling away jerseys in the Club’s history, the British Legion poppy jersey was a beautiful top and the fluorescent green jersey certainly turned a few heads. The game day warm up sponsors tops were game changers for the industry as designers were allowed to express themselves with no rules - Michael and Fabrizio at Errea will remain life-long friends.”

Founded in 1923, Danish sportswear brand hummel are one of the oldest teamsport brands in the world providing apparel to some of the biggest teams across the world in football, handball, basketball, futsal, volleyball and most recently rugby league.

Pleased to be partnering with Wigan Warriors, Commercial Director of hummel Neil Burke commented: “We are extremely proud to have been chosen as the new Technical Partner of one of the most iconic rugby league clubs in the world. At hummel we pride ourselves in doing things a little differently by adding that extra twist and character to all that we do. Over the next four years we will provide players, staff and most importantly the supporters with an exceptional range of products both on and off the field.”