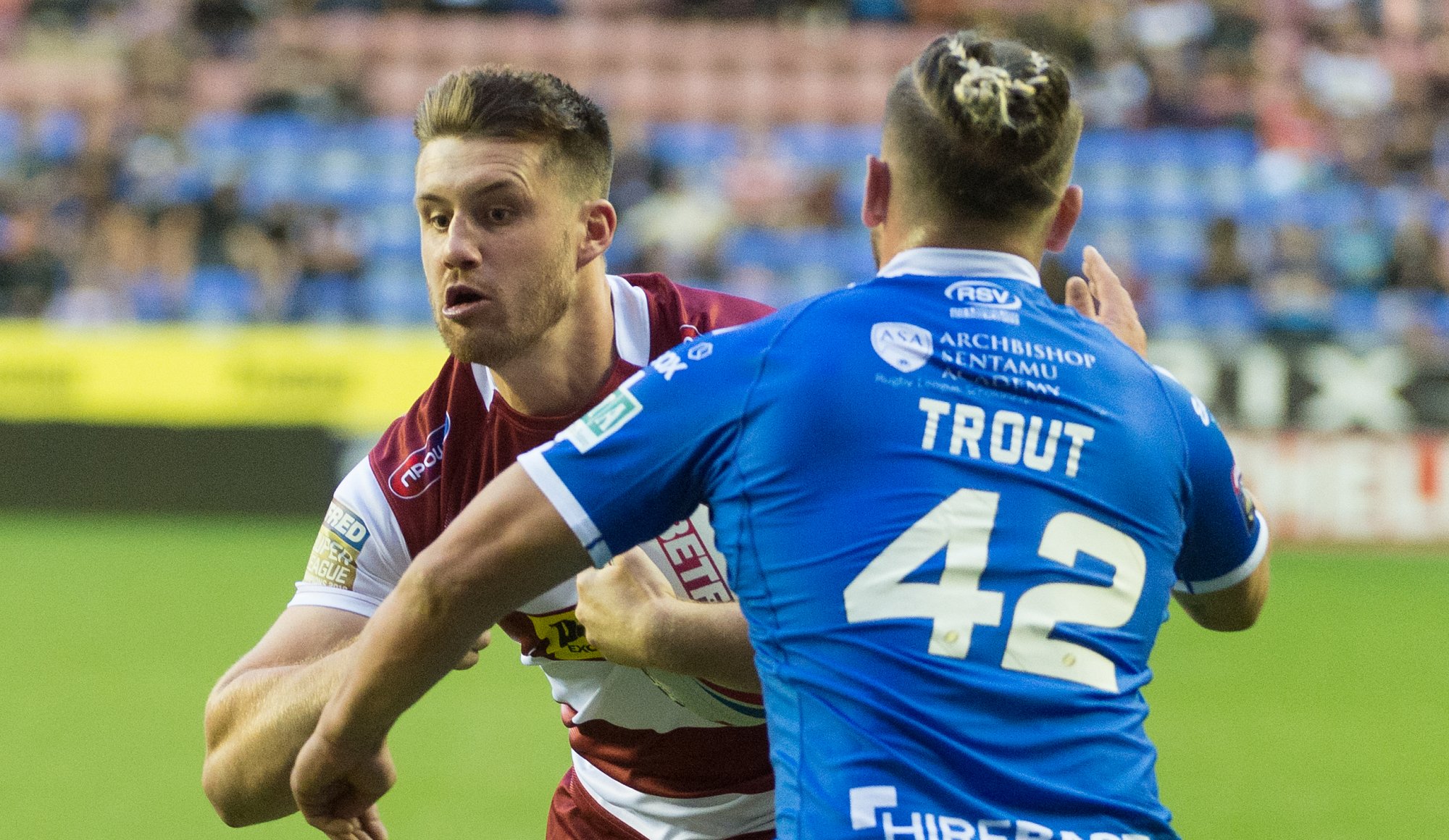 Writing in his tenth blog of 2019, Joe Greenwood shares the details of his recover from a third concussion injury this year and the ‘nerves’ he felt when he came off the bench to make his return for Wigan Warriors in last Friday’s win over Hull KR.

Hello everyone!! How you all doing?

It’s been eight weeks since my last blog as I’ve been out with injury, but now I’m back and it’s great to be playing again!

It’s been a frustrating year for me. I’ve had a few niggly injuries but hopefully I’ve overcome them now. It was great to be back in the team on Friday and it was even better to get the win.

I saw a specialist after the Salford game at the end of June. I can’t remember much of the game - I got concussed and the specialist said that I should have a couple of weeks lay-off.

I was still training but I wasn’t allowed to do any contact. It was frustrating as I was on my own with the physio and not with the boys. My recovery has gone well though and I probably came back a week earlier than expected. 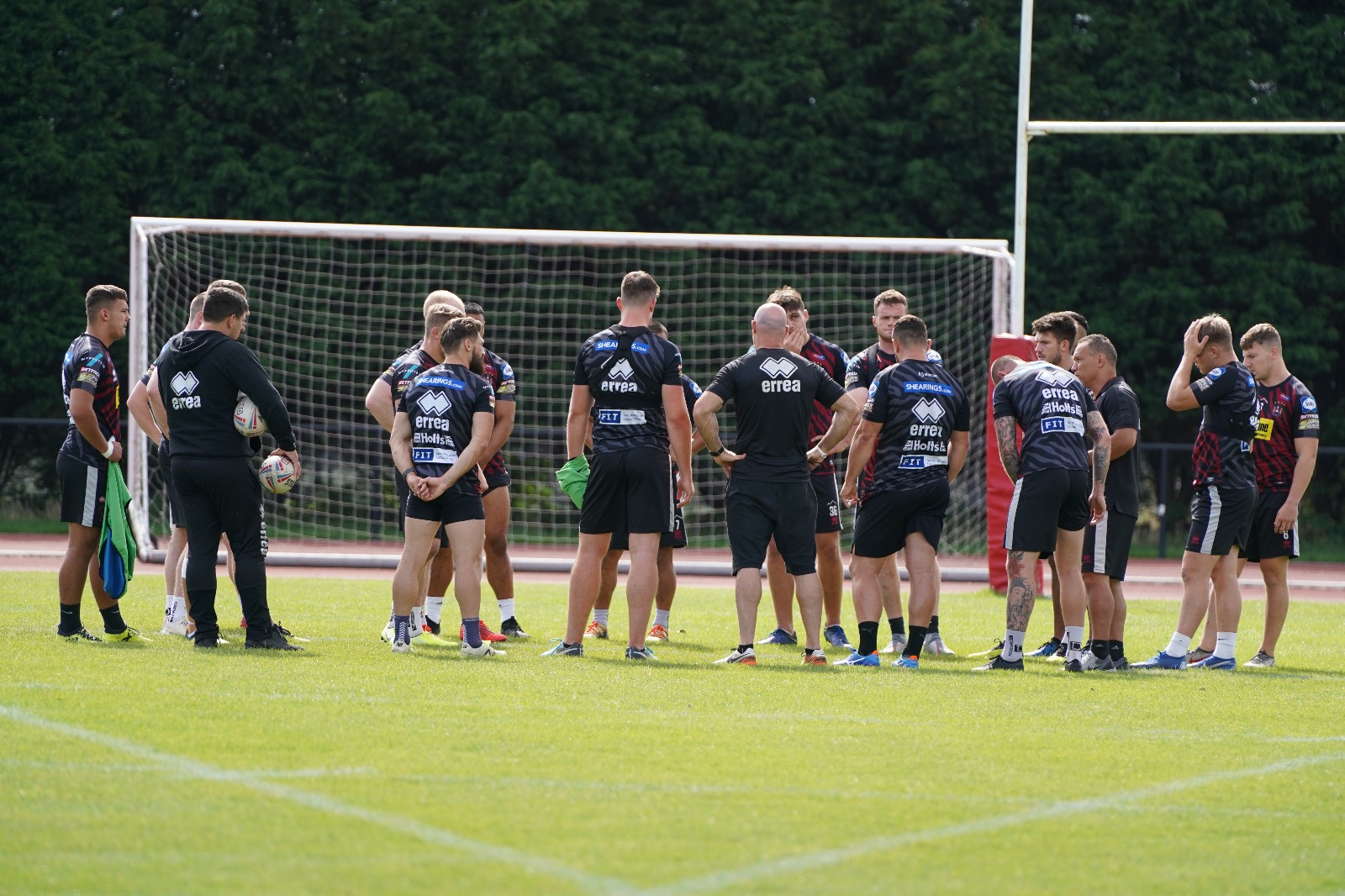 When someone has a leg, knee or arm injury or anything like that people can see it. When you’ve got a brain injury no one can see the effects it has on yourself. That was the frustrating part as I didn’t feel 100 per cent.

The specialist looked at the three concussions I had, and it was all contact with the head. They always say injuries comes in threes and that was my third concussion so hopefully I can put that behind me now!

Going in to the the game against Hull KR last Friday I felt quite nervous, as I hadn’t played for four weeks. The boys have been going really well over the past couple of weeks and I just wanted to get out there.

Once I had my first contact though it felt natural again and I loved every minute of it. It was like a flick of a switch – I went on in the first half and before I knew it, I came off in the last 15 minutes of the second half. It came around so quick and I loved being back out there with the boys. 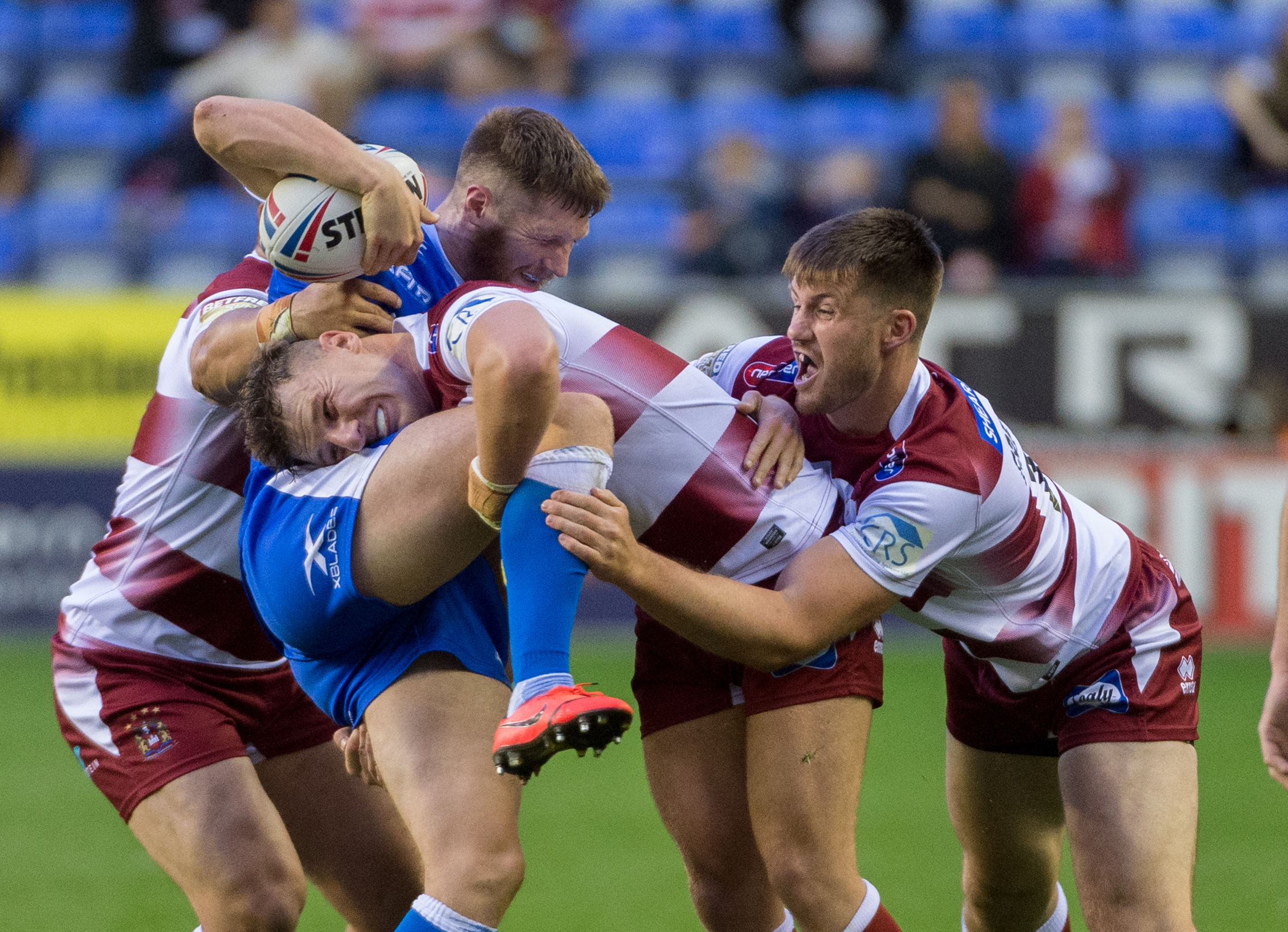 We’ve won eight of our last nine games, including the 36-18 victory against Hull KR, and we’re going on a similar roll to last year.

This is the most important part of the season and I know a lot of people were writing us off at the start, but nothing is won at the beginning. We were finding our legs and now we’re pushing for the top two – we’re pushing hard, and our performances have been going well.

After a spell on the sidelines, these boys are back in town 😎 pic.twitter.com/y9iQULtal6

We’ve got Warrington Wolves at the DW Stadium this Friday and it’s going to be a tough game. They’re not going to take it lightly as they’re pushing for second place as well. They’ll want to go into their Challenge Cup Final with St Helens next week with some form.

We’re preparing for the best Warrington side – whatever team they decide to put out is their problem – we just have to go out and play our own game plan.

We have to keep maintaining and progressing with our performances to push for that top two, as we’re just two points away. It’s about finding your feet at the right time and I feel like we have done that.

Let’s take a look at some of the questions you, the fans, sent in on Instagram…

Nadirah Khanam - What football team do you support?

Manchester City – My dad was a big City fan when they were at Maine Road, so I’ve followed in his footsteps. I’ve always followed them.

Ella Walker - What inspires you to play rugby league?

Being successful. I always think about passing it down to my family and my kids in the future to show them the silverware I’ve won and everything I’ve achieved in the sport.

Probably 21 or 22 Jump Street. I like a good comedy. I also love The Equalizer and John Wick. Me and my girlfriend went to watch the new Lion King last week - that was really good! It’s so realistic…all it needs is David Attenborough’s soothing voice over the top of it!

I’ve had a Wigan pie at the Stadium when I was injured and it was really good, but I would have to say an Uncle Joe’s Mint Ball. I have a tin of them in my car and have a couple after training on my drive home. My brother always calls me Uncle Joe’s Mint Ball because I’m Joe and an uncle to his little one!

Harriet Armstrong - What does your girlfriend think of you playing rugby?

She loves it. She’s always watched the game and she know it quite well. Any time that I’m playing she’ll be there, and she’ll make time for it. It’s great to have her support!

That’s all for this week. Thank you, as ever, for all of your fantastic support!

See you all at the DW on Friday!