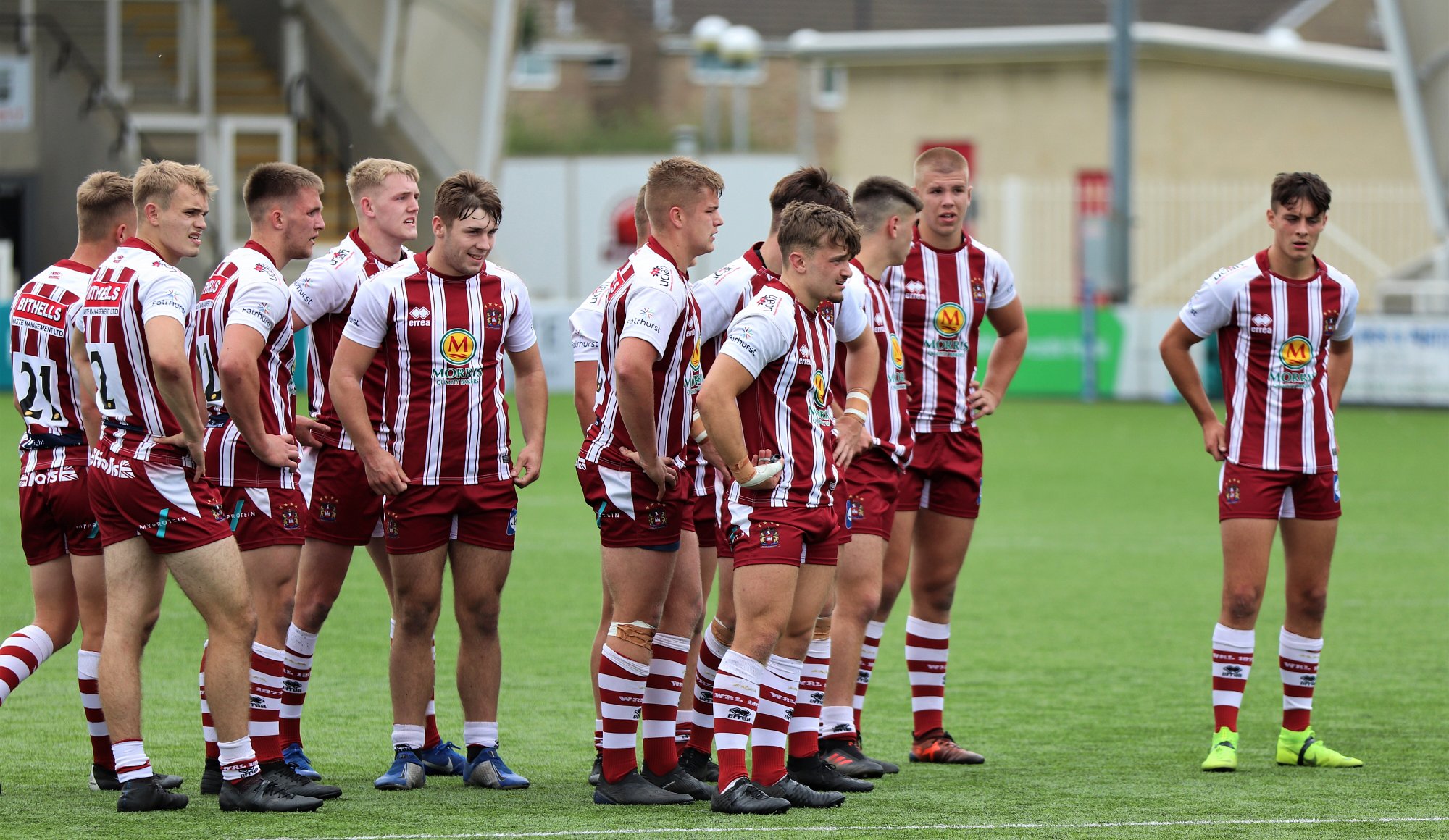 Wigan Warriors Under-19s hit 50 as they thrashed Newcastle Thunder to maintain their lead at the top of the Academy Super League at Kingston Park on Sunday.

Shane Eccles’ side have now won 12 games on the bounce and sit two points ahead of second placed St Helens with a game in hand.

The Warriors got off to the perfect start as McDonnell crossed over for the game’s first try. Smith added the extras to give Wigan a 6-0 lead. Newcastle responded soon after though with Anthony Dyne touching down to make it 4-6.

Wigan extended their lead to 4-10 by the 12th-minute as McDonnell grabbed his second touch down as he eased through the Thunder defence.

Two more tries then followed in the space of 12 minutes as winger Cropper darted down, before Rushton powered over, and Smith converted one of the kicks to take the score to 4-20.

Prop forward Stone then went over twice in the space of three minutes to further the visitors’ advantage. Smith added the extras on both kicks and Wigan went 32-4 up.

Seconds before half-time, half-back Sculthorpe got in on the act as he scored the Warriors’ seventh try. Smith kicked his fifth conversion to give his side a comfortable 38-4 lead at the break.

Newcastle fought back with a try instantly in the second half, as Jack Allen crossed over. But that was soon cancelled out by Cropper who scored his second of the afternoon, which was converted by Smith to make it 44-8.

The hosts did manage to get over for a third time just after the hour mark, as Allen got his brace and the extras were added by Alex Donaghy. Wigan reacted once again though with Bibby scoring his side’s ninth try. Adam Holt took over kicking duties to take the score to 50-14.

Despite a Rushton yellow card and Ethan Havard being sent off, the Warriors strolled to their 18th win of the season and have now picked up 36 points from a possible 38. 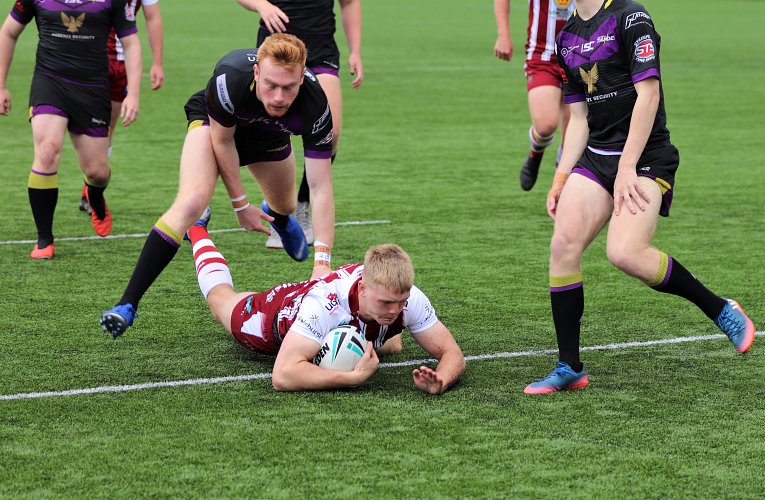 Match action from Newcastle vs Wigan. 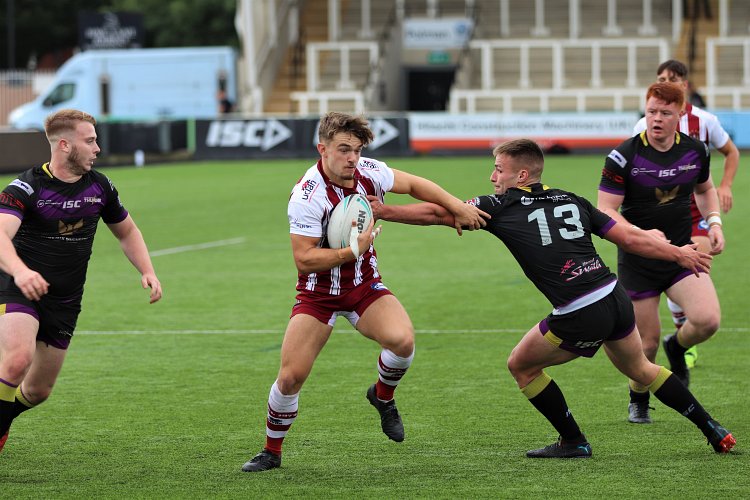 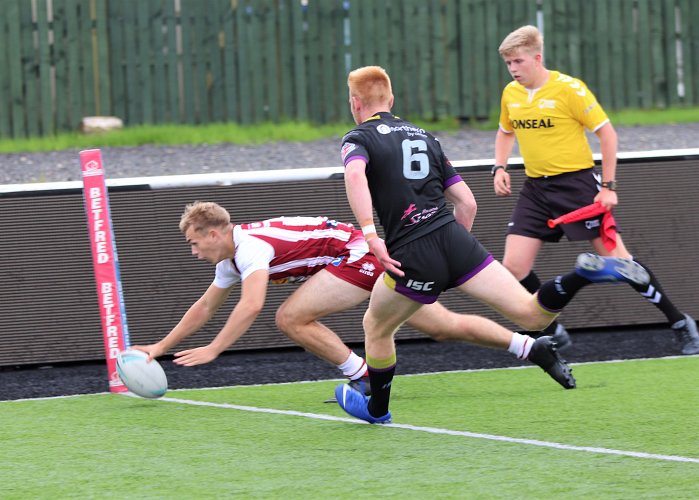 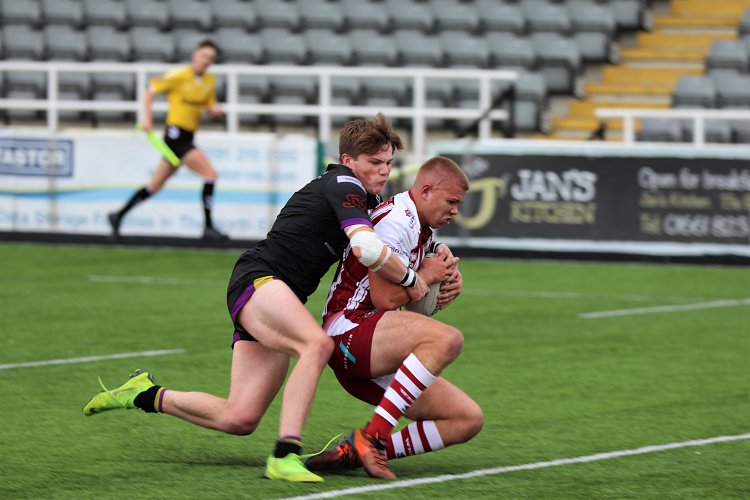 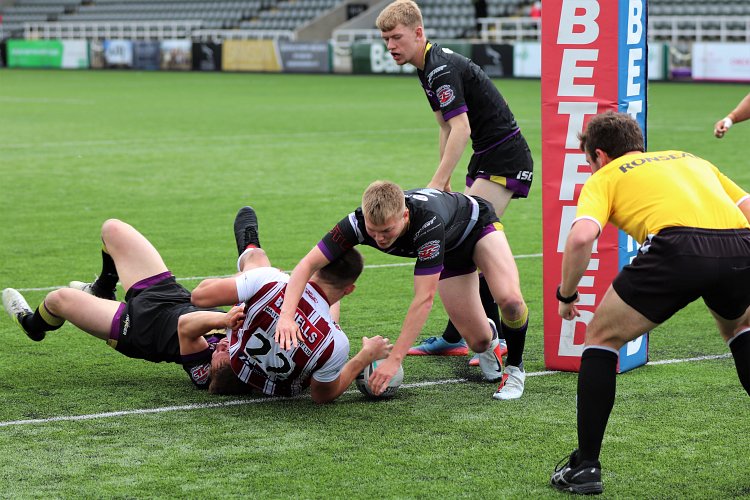 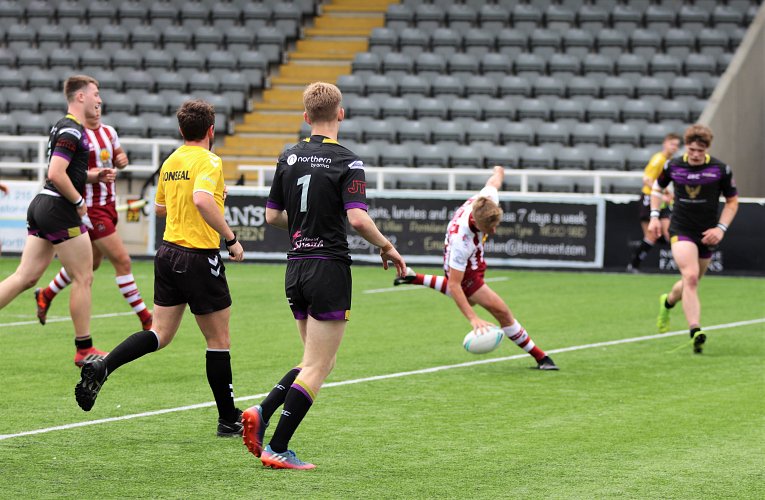 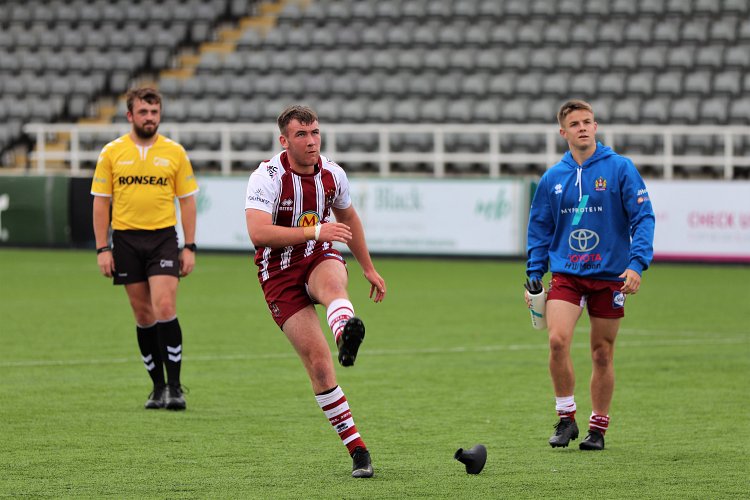 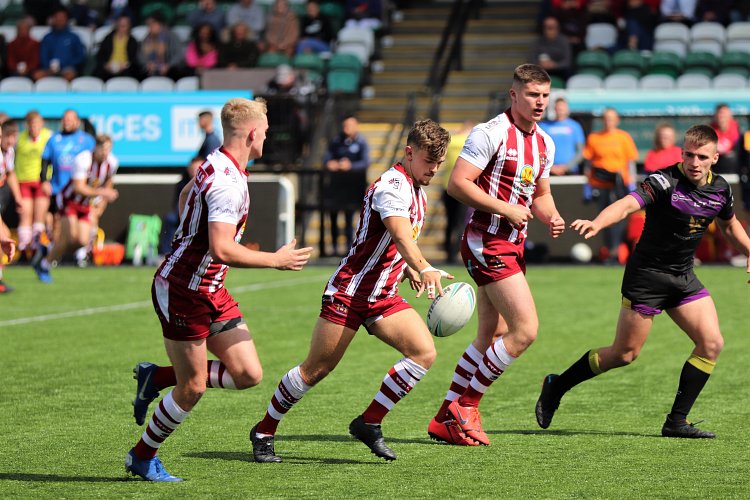 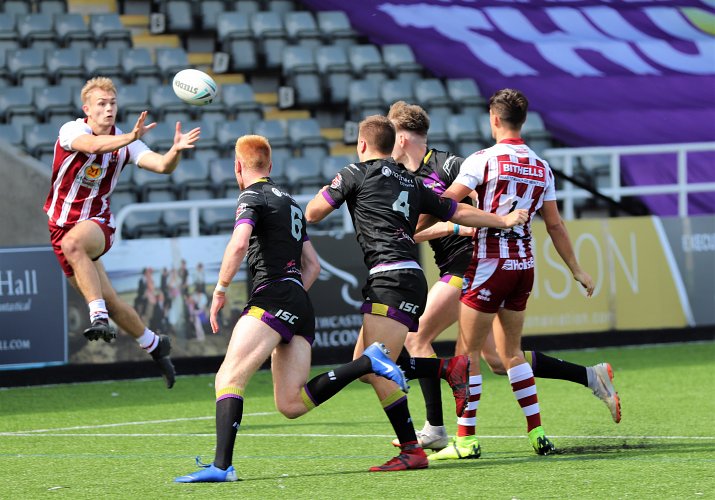 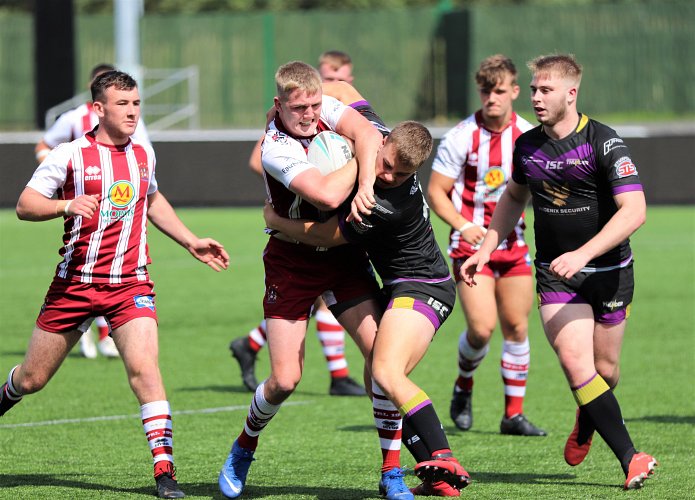 After the game, Head Coach Shane Eccles, said: “During the week’s training we had discussed a specific focus in this game. We started the game off well and were in control for the majority of it. There were, however, some periods in the game which we know we need to improve on going into the last few rounds.

“We had some changes in the team which may have had an impact on how fluid our play was. We got a little complacent during spells and needed to focus on staying on track with our plan.

“This is something we will focus on in the next week in the build-up to our game with Widnes. I also feel we have areas to improve on in our defence, which we will be looking at in the training sessions this week.

“We have had a good run of results which gives us confidence going into the last few games, and also in preparation for the play-offs. However, we know that we need to make sure we are focused in each game and improving each week to play at our best.”

Wigan Warriors Under-19s’ next game is against Wakefield Trinity at the Robin Park Arena on Saturday 31st August (12:30pm K.O.) Season ticket holders can watch the game for free, while for non-season ticket holders, it is £5 entry for Adults and £3 for Concession.