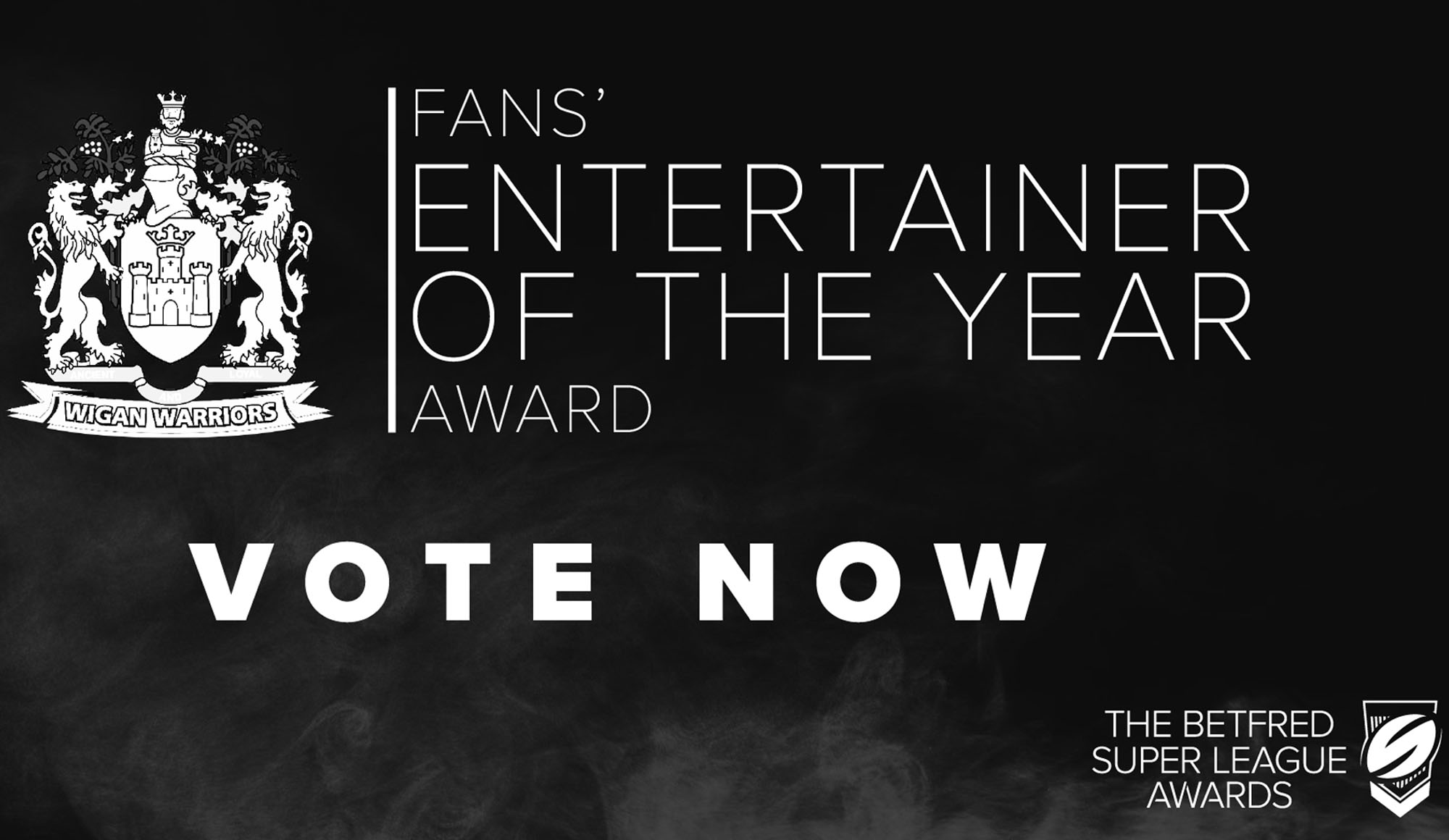 Fans Entertainer of the Year Award

As part of the new Super League Awards there will be a new award of “Fans’ Entertainer of the Year”. This award will be presented to the player who fans collectively choose as being the one they want to watch.

Using the vote below we want to know which player at Wigan Warriors entertains you – Who is worth the entrance fee, who makes you sit on the edge of your seat, who’s relentlessness makes you want to see more?

A representative from each club will be selected via an open vote and then a panel of 12 “super fans” (one from each club) will select the overall winner from the shortlist.

To place your vote on Wigan’s 11 options, head to - http://bit.ly/WigFan