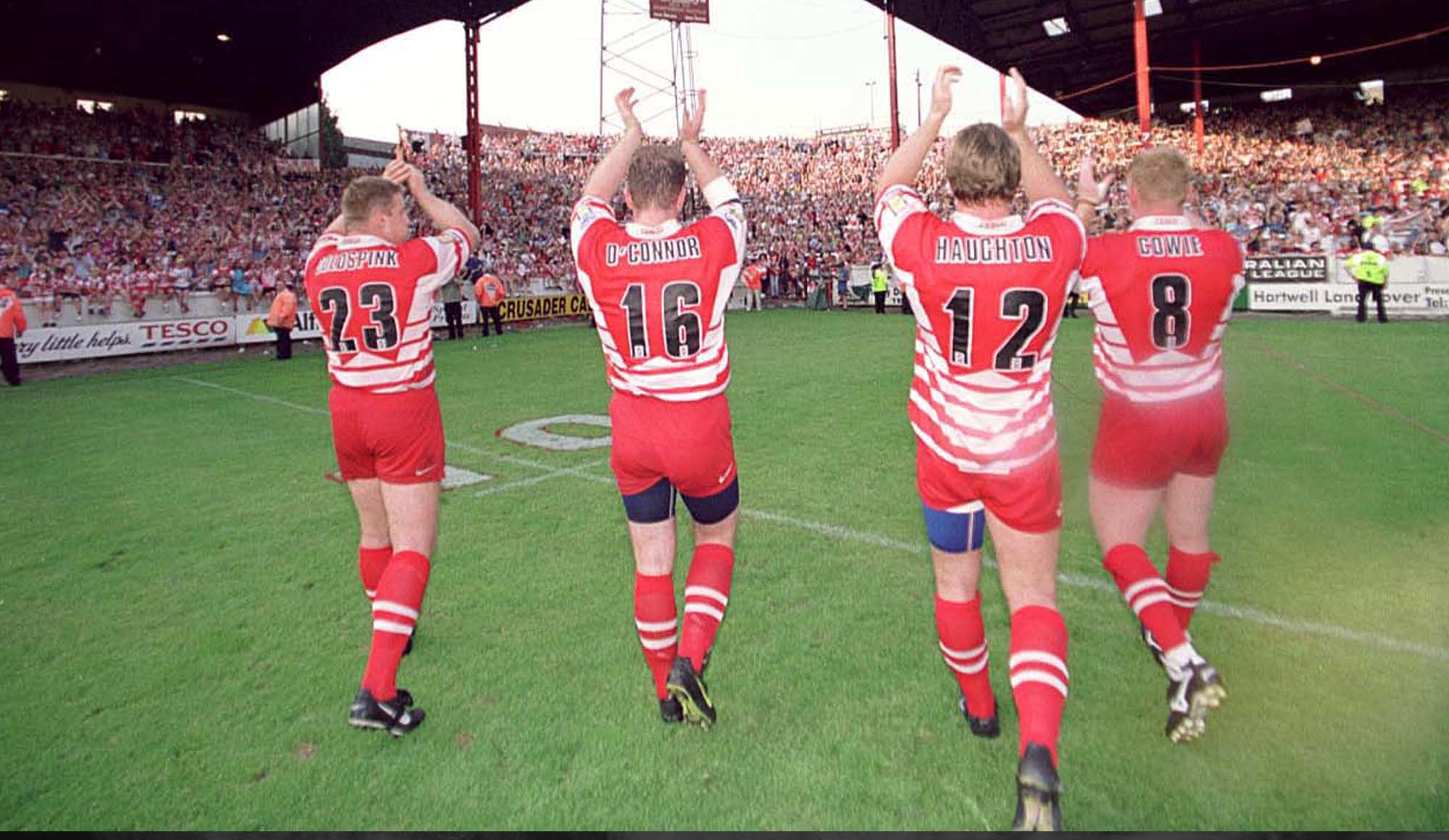 On this day 20 years ago, Wigan Warriors played the last ever game at Central Park, home to the Club for almost 100 years.

As if the pressure of playing at Central Park wasn’t enough for the squad that day, they were up against old rivals St Helens. Relive the final moments of that game in this clip below as Wigan win 28-20.

You can watch back the full game on Wigan TV HERE.

In a thrilling final showdown at the historic Central Park, it was Wigan’s Paul Johnson who wrote his name in the history books by becoming the last Wigan player to score at the stadium before the move across the then named JJB Stadium. See his try below.

⏮ 20 years ago today, in the final game at Central Park, Paul Johnson scored the final try at the old home of @wiganwarriorsrl in a 28-20 victory over St Helens🍒⚪️ #throwbackthursday #tbt

Next week, Wigan face Castleford Tigers in what will be the 20th Anniversary of their first game at the DW Stadium (then the JJB Stadium). Wigan Warriors will celebrate 10 years at the stadium on Friday 13th September in the build up to the Betfred Super League tie. Don’t miss this historic occasion, book your tickets today by calling 01942 311111 or clicking HERE.