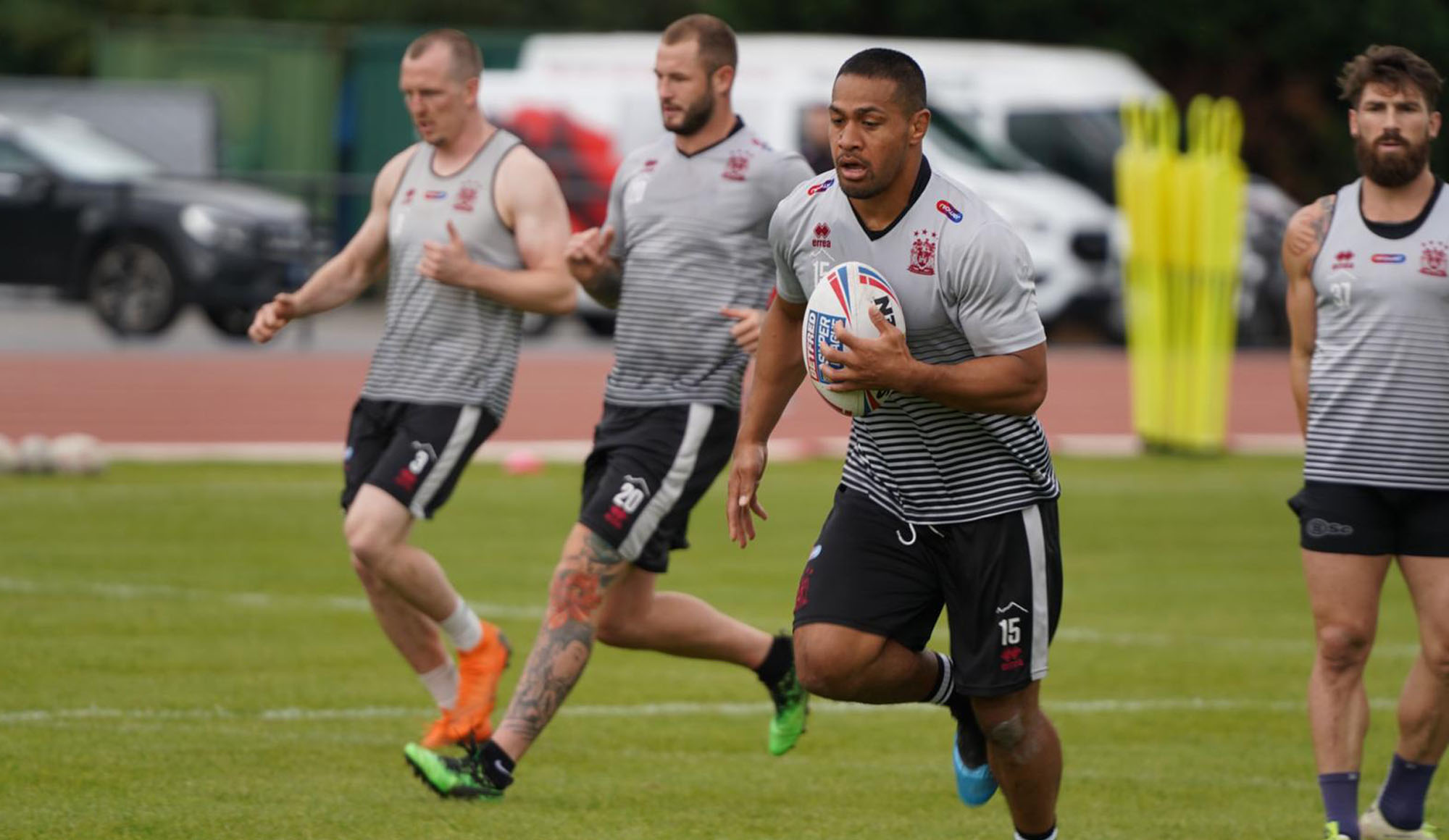 The 30-year-old was pleased with the way the team defended, especially when their numbers were reduced when Liam Farrell was sent to the sin bin.

“We geared up in the second half, but our defence was the main factor and it is something that we take pride in. We showed character and team spirit to defend with 12 men.”

Starring for the Warriors was Bevan French, who scored a hat trick as well as assisting two tries.

“He’s a fire cracker on the field,” says Isa. “I’m glad the people of Wigan get to see his speed and talent in the flesh. He has a big presence in the team and that benefits us.”

He adds, “he’s a truly humble guy who has worked hard since arriving and has impressed everybody. Hopefully he will do more.”

Making his debut against the Perpignan side was 19-year-old Harry Smith.

Isa believes it important for young players to work their way through the club, with six academy graduates making their first-team debuts this season.

“It’s a great thing for youngsters to come through. Harry (Smith) has been training hard throughout the year, hopefully he showed what he can do and hopefully he can continue to learn from the experienced players.”

The second-row was pleased to see Smith going over for a try, within seven minutes of coming on.

“He sprinted so fast to get that try, I’ve never seen him go so fast before.”

Isa states that the Warriors must continue to work hard heading into the final regular game of the Betfred Super League, as they look to secure second.

“I’ve not thought about the playoffs yet, the Castleford game is the most important thing for me. We have to keep our feet on the ground and keep working hard so then we are prepared.”