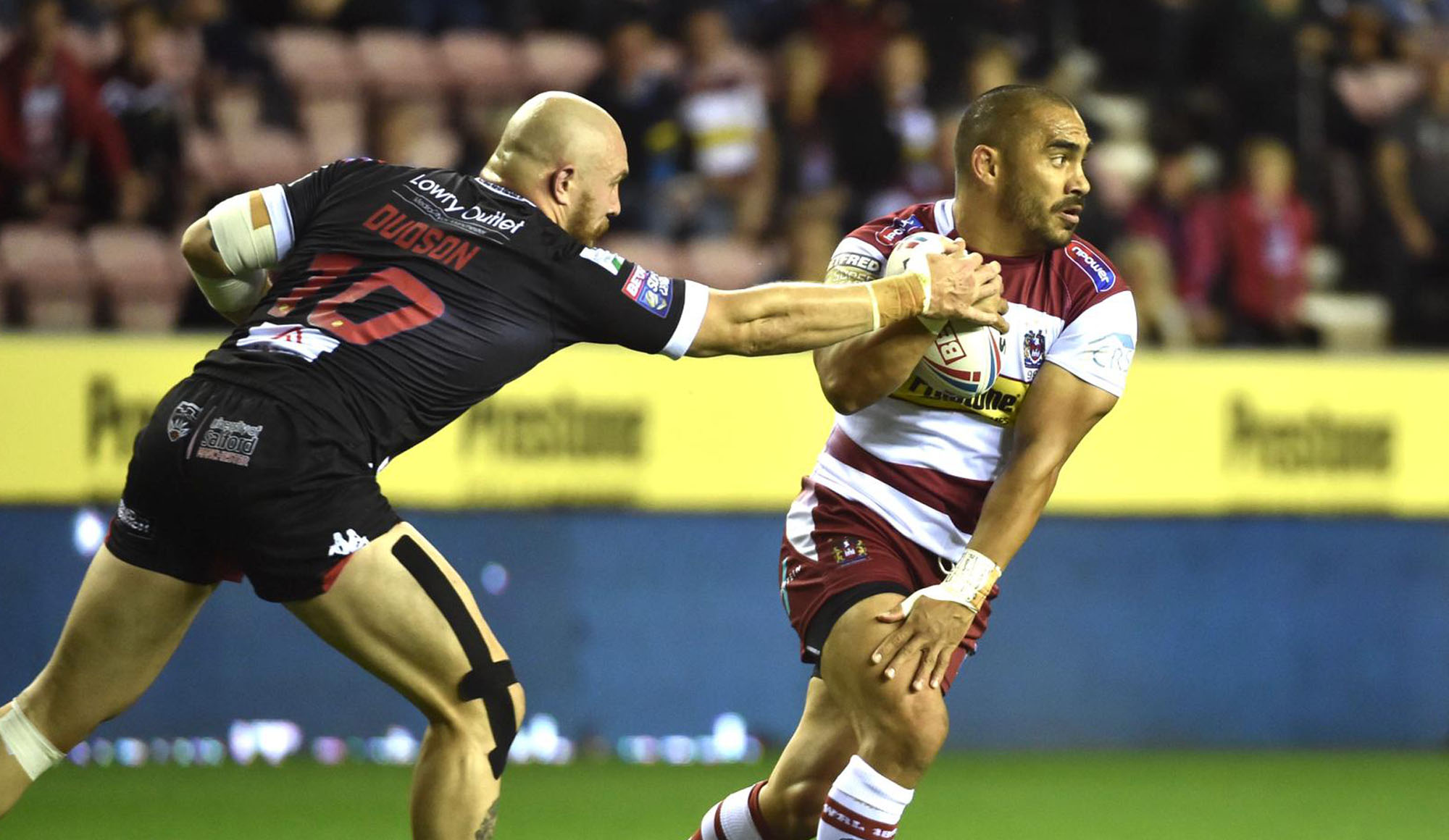 Wigan Warriors booked their place in the Betfred Super League Play-Off Semi-Finals after an 18-12 victory over Salford Red Devils at the DW Stadium on Friday night.

After going into the break level with Oliver Gildart going over for a try, Adrian Lam’s side fought hard in the second hard to edge themselves in front and take the win, thanks to efforts from Tommy Leuluai and George Williams.

Wigan dug deep in defence and fought hard to take the victory, which sees them travel to St Helens next Friday for a place in the Betfred Super League Grand Final.

The opening 20 minutes proved to be quite an arm wrestle between the two sides, with neither creating a clear-cut opportunity. Wigan did have the chance to take the lead from a penalty goal, but Zak Hardaker failed to convert from 30 metres out and it remained 0-0.

The breakthrough came in the 25th-minute, as Gildart darted through a gap in the Salford line to go over on the left. Hardaker was on hand to the extras as he successfully converted make it 6-0.

Chris Hankinson, who returned to the Wigan side on Friday night, thought he had doubled his side’s lead, after superbly cutting inside from the right, but referee Robert Hicks blew his whistle for an infringement in the build-up.

Ian Watson’s Salford responded and caused Wigan problems, as Joey Lussick had a try ruled out by video referee James Child after he was adjudged not to have grounded the ball in front of the sticks.

The Red Devils did not feel downbeat for too long after that decision, as a minute later, George Griffin forced his way over for a try. With Krisnan Inu adding the extras, the scores were level at 6-6 at half-time.

Eleven minutes into the second half, Salford thought they had grabbed the lead, but the the video referee’s replay showed that Ken Sio’s foot was just in touch after some outstanding defence from Joe Burgess and Gildart to deny the certain try.

Five minutes later, it was Wigan who took the lead again as Leuluai finished well to punish a mess-up in the Salford line, with Jake Bibby flicking the ball behind him and into the pathway of the half-back to touch down. Hardaker added the two points to make it 12-6 after 55 minutes.

Moments later, the Warriors had a third as Burgess broke free down the left side before passing the ball inside to Williams who showed pace of his own to go over. Hardaker made it three from three with the converted kick.

Just after the hour mark, Salford pulled a try back as soon-to-be Wigan player Jackson Hastings shrugged off an attempted tackle to go over under the posts. Inu made no mistake to close the score gap to 18-12.

The final five minutes proved to be a tough and physical test for the Warriors, as Salford heaped the pressure on the backline, but for a series of last ditch tackles the home side held on and progressed through to the Semi-Final stage of the Play-Offs. 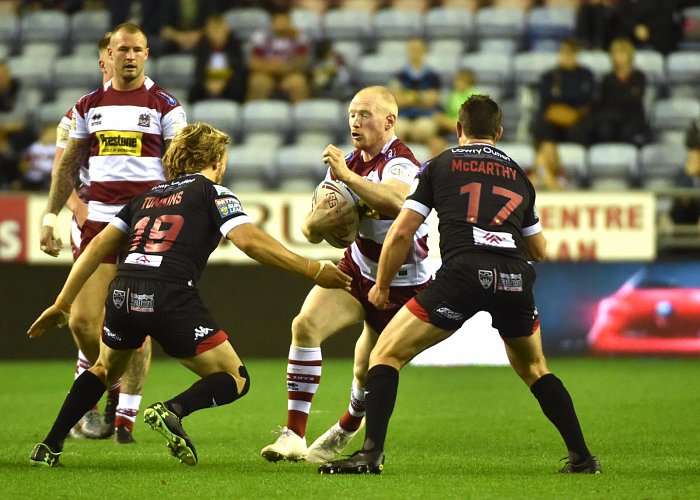 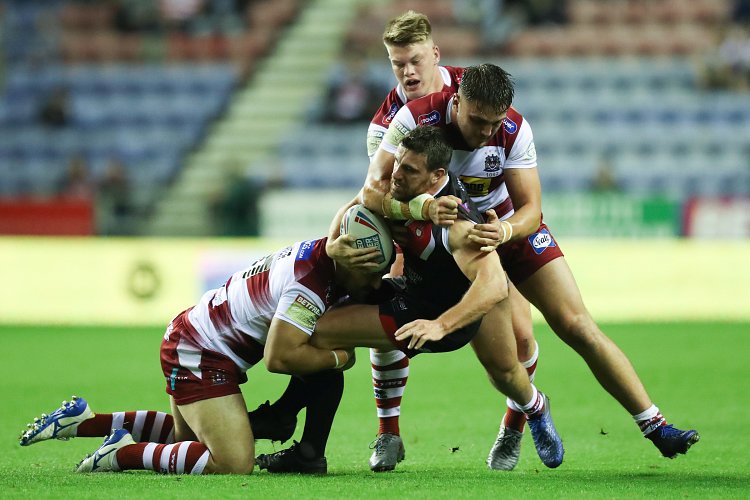 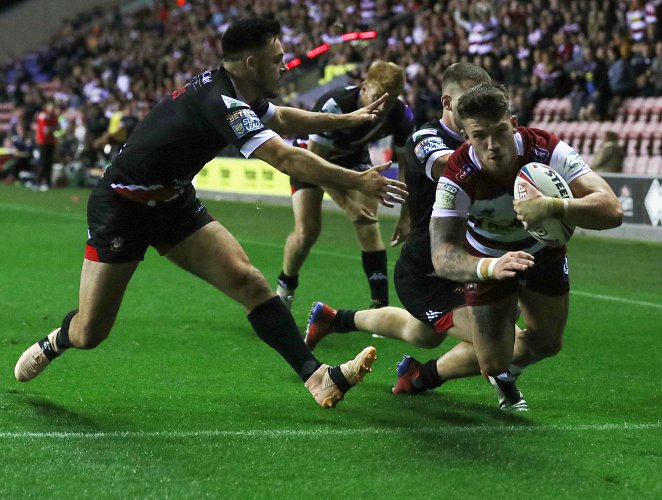 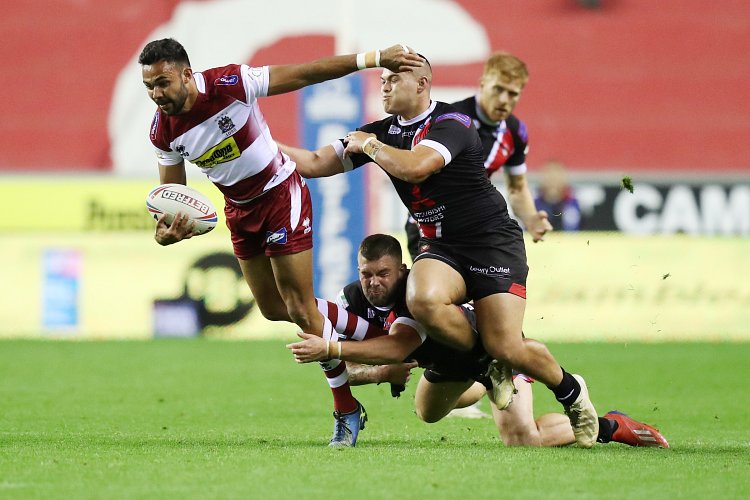 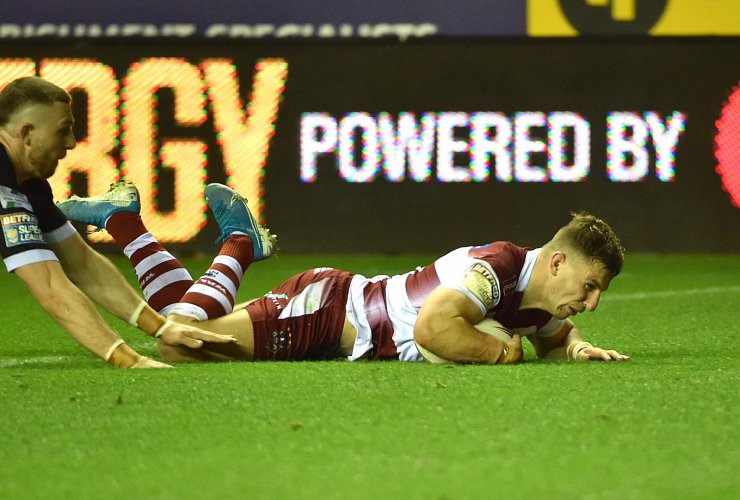 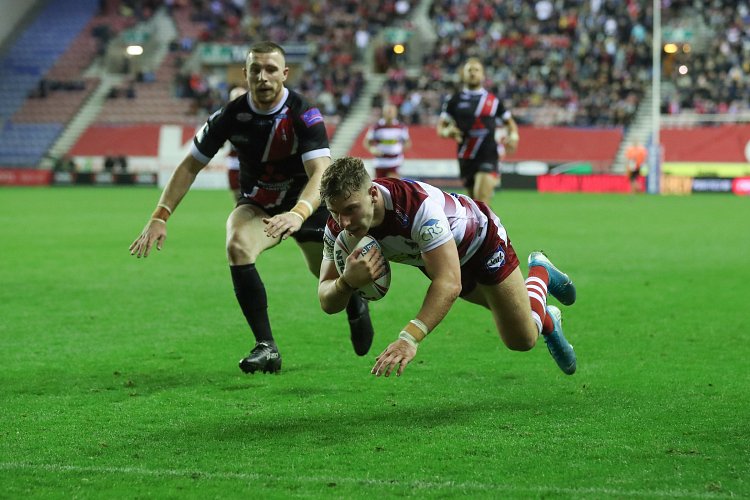