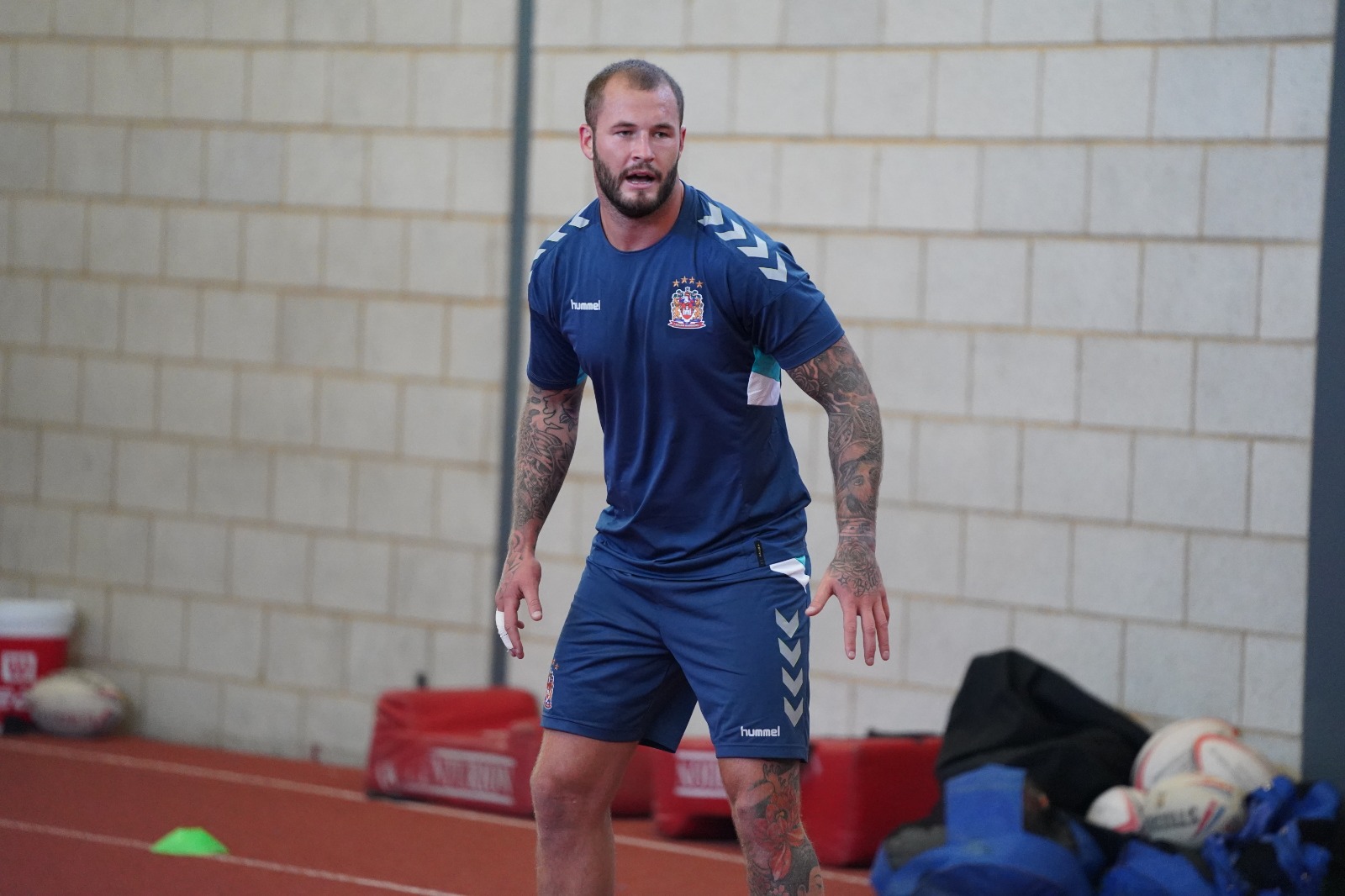 After returning to Robin Park Arena on Monday Zak Hardaker says ‘it’s great to be back’ within the Wigan Warriors squad.

The full-back’s off-season holiday was extended after featuring in Great Britain’s Tour of New Zealand and Papua New Guinea in October and November.

And following his first training session in pre-season, he sat down with Wigan TV for a catch-up.

Hardaker said: “The last three days of my holiday I was gearing up for training and looking forward to it. You do love your time off, but you start to get bored and you don’t want to come back in bad shape.

“We’ve got eight days of training then a Christmas break, which is brilliant but four weeks down the line we’ve got our first game of the season, so it comes thick and fast.

“I’ve jumped in half-way through the scheme – we’ve just had four 80m sprints and they’ve all said I’ve come in at the hardest point but it’s great to be back in. The body is a bit sore but that’s pre-season.”

Hear more from Zak in the full interview on Wigan TV as he talks about catching up with the rest of squad ahead of the Christmas break. Click HERE to watch in full.

🎄🎁 Grab the perfect Christmas gift for your Cherry & White adoring loved ones with a @WiganWarriorsRL 2020 Season Ticket!