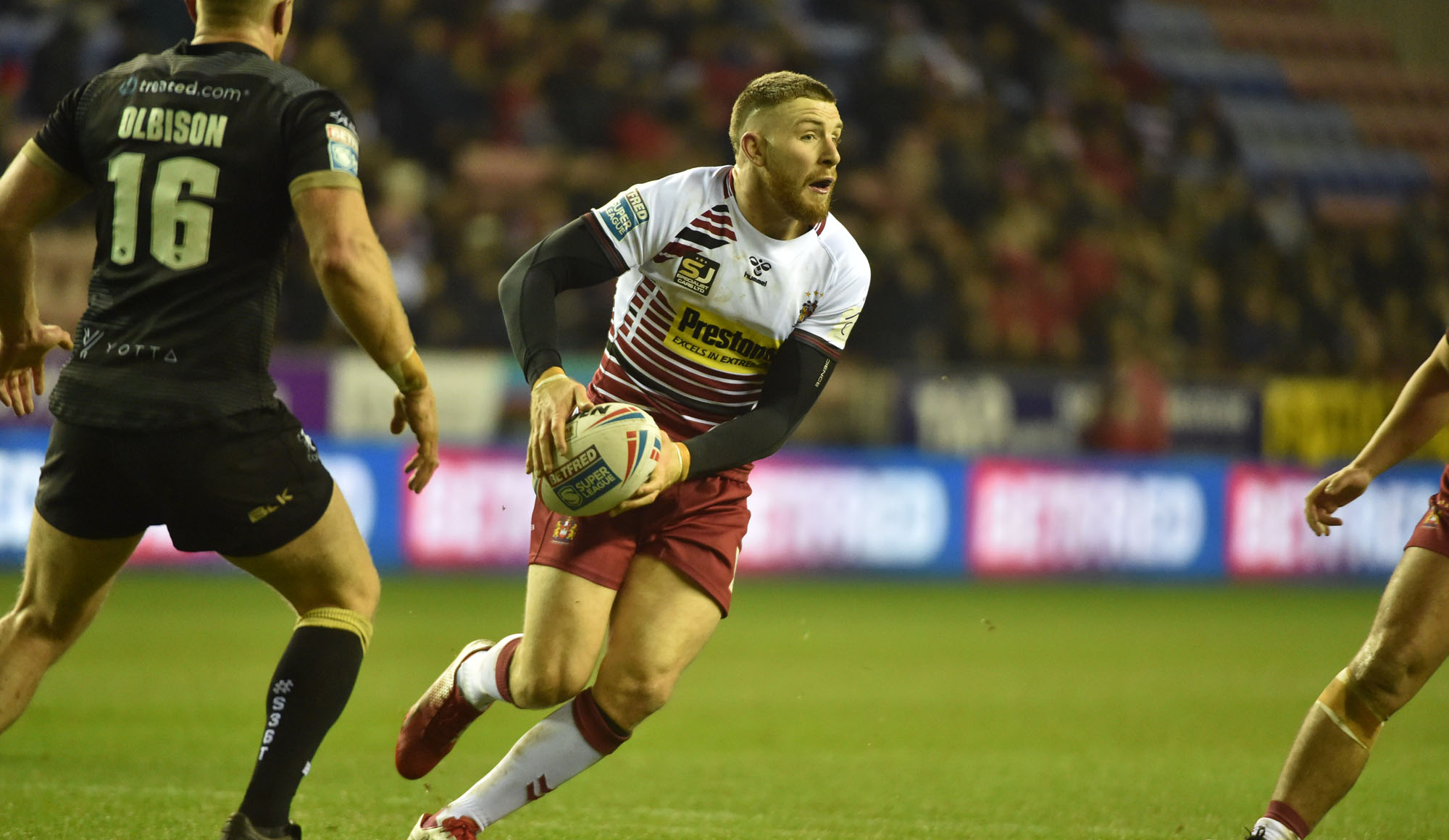 Bevan French and Liam Farrell both scored twice as Wigan Warriors came away with a 32-10 victory in their first ever meeting with Toronto Wolfpack.

Despite being the game being even for the first 55 minutes, Adrian Lam’s side took control in the latter stages of the match to get their second win of the Betfred Super League season.

The match started off quietly, with neither side causing the other too many problems.

As the half went on, it was the visitors who began to look the more dangerous, as they began to put pressure onto the Wigan defence.

Eventually, the Wolfpack’s possession paid off, as they took the lead 21st minutes with Matty Russell going over in the corner. Blake Wallace was unable to add the extras, as the Warriors trailed 0-4.

Wigan then began to create chances of their own, with Harry Smith coming close with a clever run; before Joe Bullock was stopped inches from the line.

Moments after his first attempt of reaching the line, Smith didn’t fail with the second, as he successfully forced his way through the Toronto defence for his first try of the season.

Seven minutes before the break, Lam’s side took the lead, as Liam Farrell passed the ball inside to French, who sprinted through the gap to go over. After missing the first conversion, Zak Hardaker made no mistaken with the second as he successfully kicked to send Wigan into half time with a 10-4 lead.

Eight minutes after the break, the scores were level again after a strong restart from the visitors. After having a try already disallowed in the opening minutes of the half, Boden Thompson found the space to go over, after a great dummy pass and assist from Gareth O’Brien. Wallace converted the kick to make it 10-10.

Things remained all square for just over ten minutes, before Wigan edged their way back in front. After a quick break, the space opened up for Joe Burgess on the left side, as the winger used his speed to out pace the Toronto defenders to find his way to the by-line. Hardaker added the additional points to make it 16-10.

It wasn’t long until the Warriors went over again, as French shifted past the Toronto line to find his way over. Hardaker added the extras again to extend the lead to 20-10 and put some day light between the sides.

The visitors were then dealt another blow, as they were reduced to 12-men, as Hakim Miloudi was shown a yellow card in the 75th-minute for a high tackle on Sean O’Loughlin, who was making his 400th Super League appearance.

Wigan made the most of that extra man advantage as moments later they had their fifth try, with Jackson Hastings offloading the ball to Farrell, who had space to add his name to the scoresheet.

Things got worse for the Wolfpack, as a minute after his first, the space opened up for Farrell to go over for his second and game finished 32-10 to the Warriors with two consecutive kicks from Hardaker. 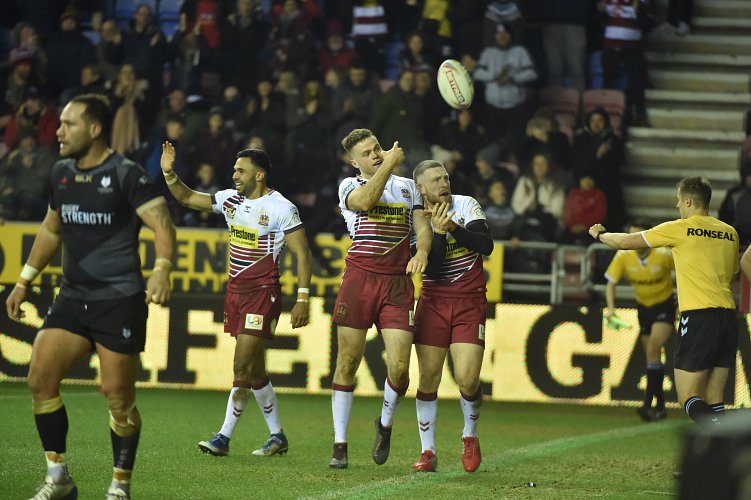 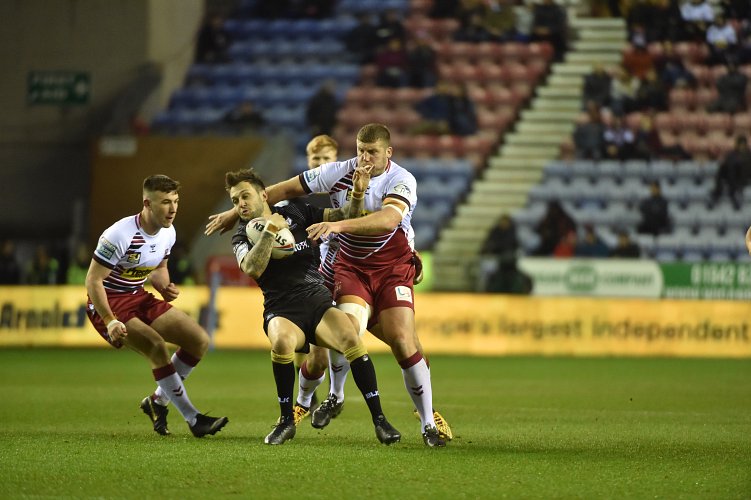 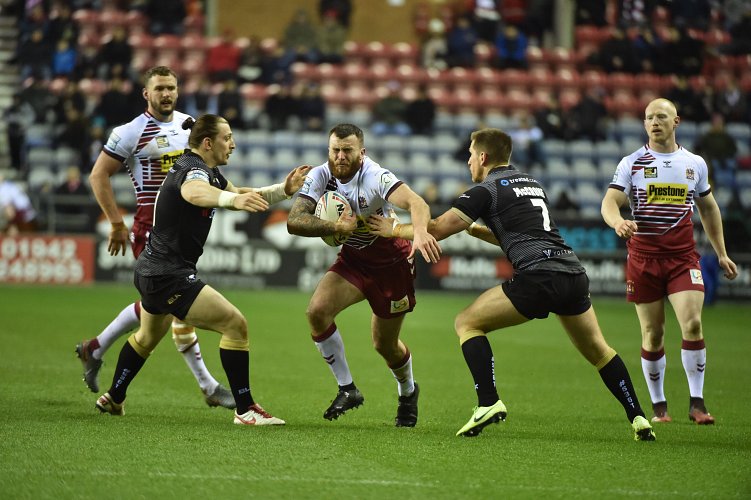 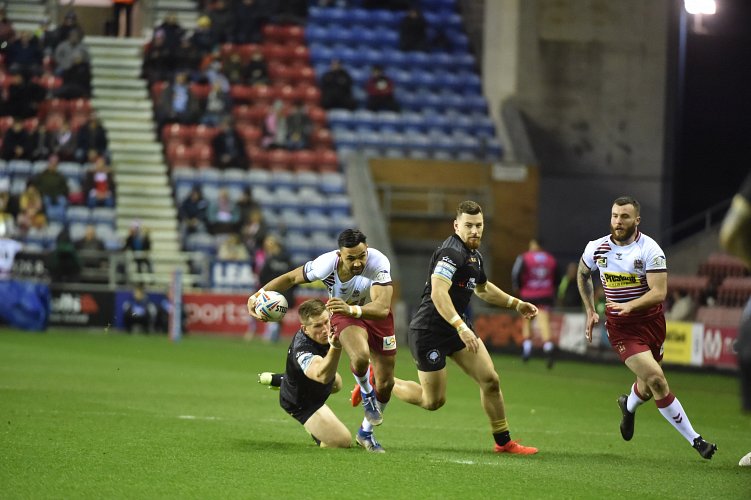 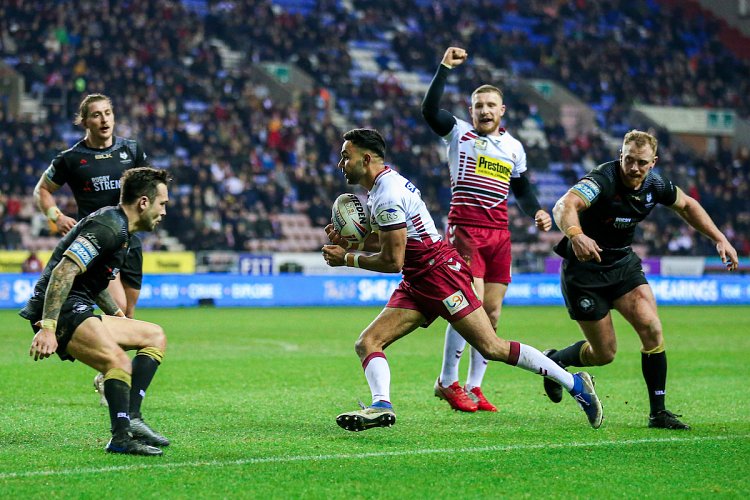 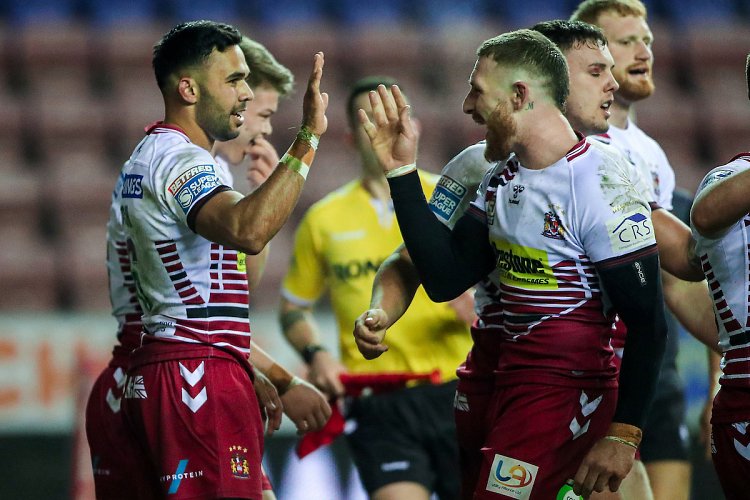 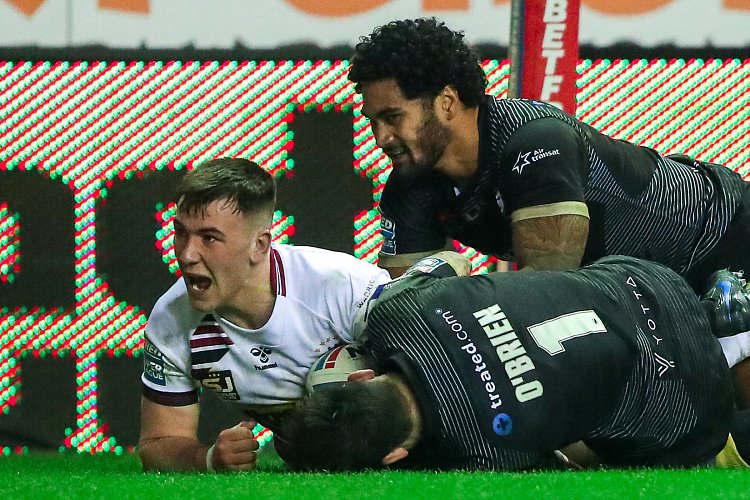 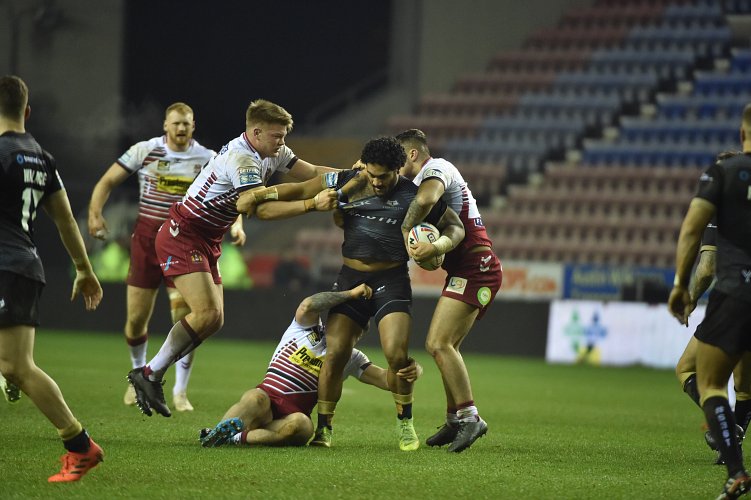 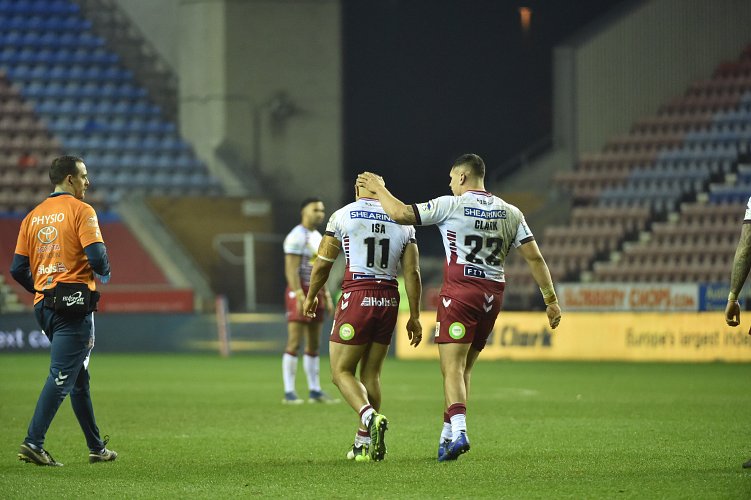