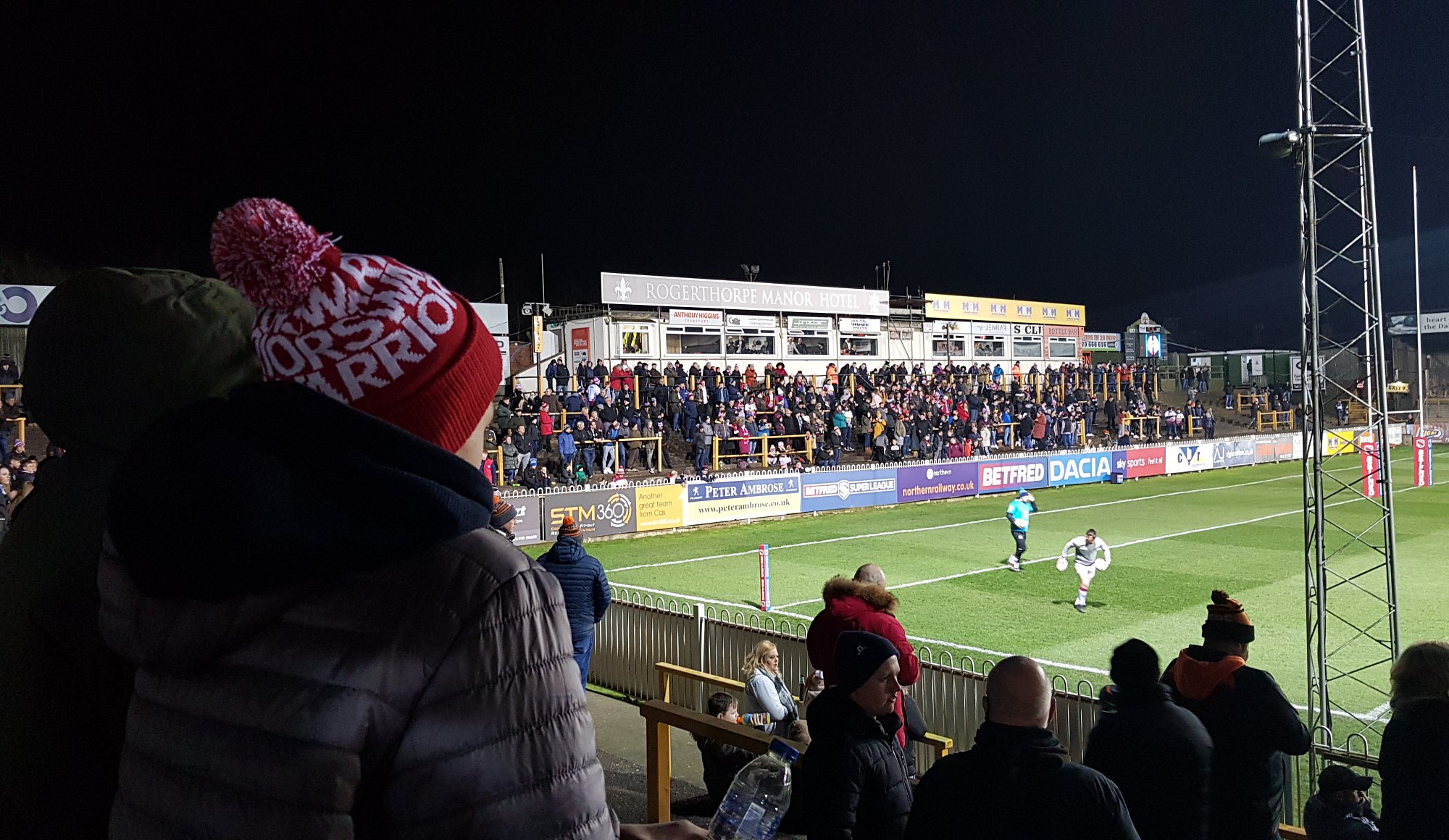 Theo, who is the cousin of Catalans Dragons captain Remi Casty, lives near Perpignan in France and studies at the College Saints Louis De Gonzague.

As part of French education - for one week, students have to take an internship in total immersion, in a company of their choice which has to accept them.

Theo said: “Since I was a kid, I always loved rugby league and practiced playing in college. I am very lucky my dad has played for a long time and taught me and explained a lot about the sport.

“Thanks to Catalans Dragons I discovered Super League and I start watching all the match – I then quickly became a huge fan of Wigan Warriors.”

The Club accepted a letter of application from Theo and he arrived at Robin Park Arena at the start of February to begin his internship, as well as attending Wigan’s Betfred Super League Round 2 fixture at Castleford Tigers.

He said: “I was warmly by Mick Cassidy and he introduced me to Kris Radlinski, who allowed me to complete my internship. Mick showed me the great infrustrive of Robin Park Arena – I loved it!

“He introduced me to every staff member of the Club and I started talking to the young players in the Academy. Everyone made me so welcomed and made a lot of effort for me.

“I attended various training sessions of each team and was lucky to follow the coaches, the conditioners, the physios, the players of all squads and even met the Club Chef who was very helpful and kind. I also helped set up workshops for training, attended gym sessions, watched every drill carefully and I learned a lot! I even ate with the players in the Club’s canteen!

“I was very surprisied and admired to see young players who are all serious, involved and hard working. They always want to do the right thing and they always give everything in every drill. I find them very fortunate to be able to work in these conditions, which is very motivating.

“On the last day, after training I was able to discover the changing rooms and took pictures with several players of the priessional team – a dream come true.

“The worst part was when I left because I really enjoyed my time at the Club and it’s something I will never foroget. Thank you to Kris and Mick who welcomed me to the Club.”