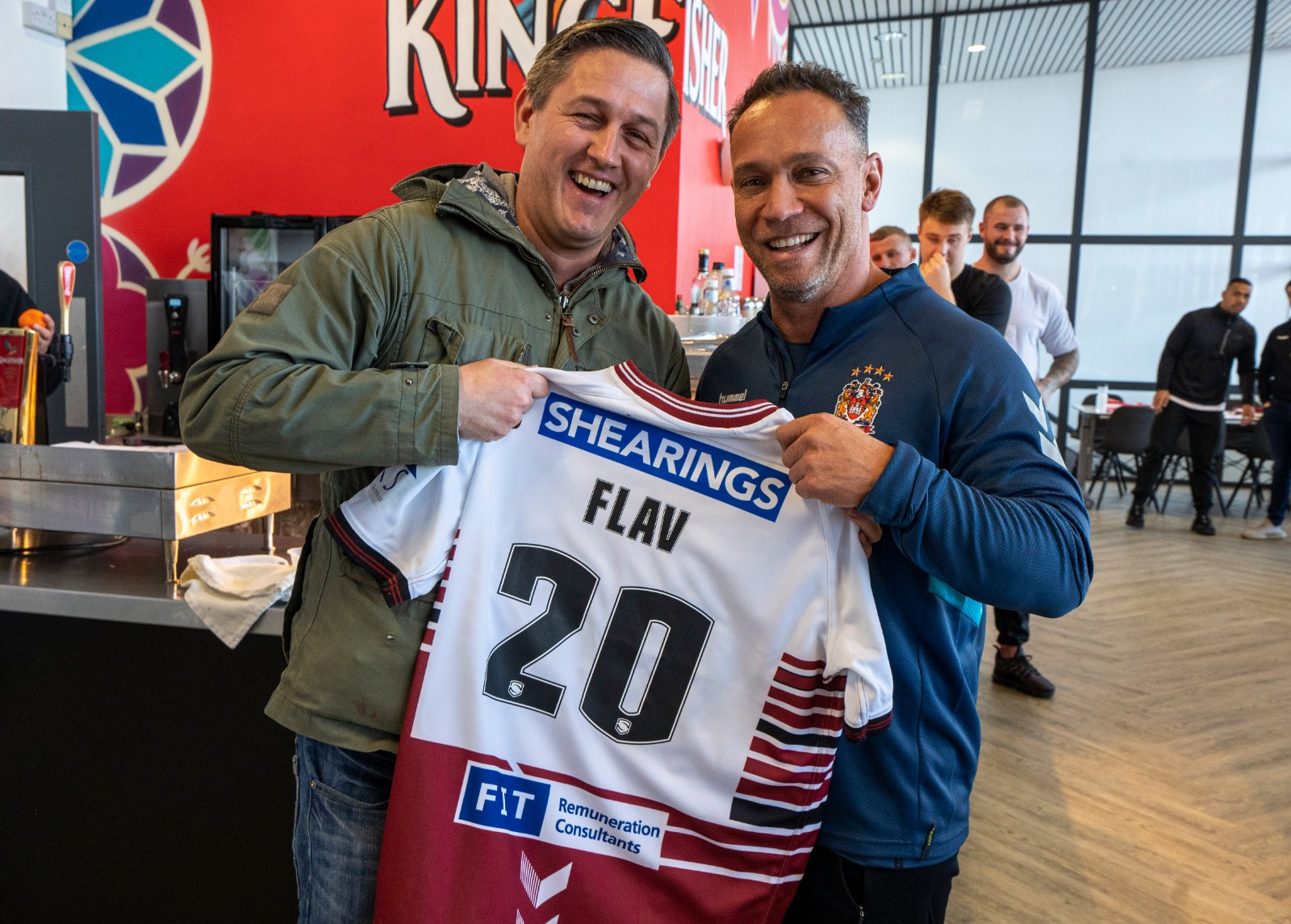 After 20 years of being the Club’s mascot, Wigan Warriors super fan Neil Flavell was presented with a personalised Cherry and White shirt by Adrian Lam on Thursday.

Neil, who began the volunteer role of dressing up as the Club’s matchday mascot in February 2000, has worked numerous games over the years, including memorable trips to Old Trafford, Wembley and the Camp Nou as Mighty Max.

And on Thursday afternoon in the Kingfisher Lounge at Robin Park Arena, Wigan Warriors and Head Coach Lam paid tribute to Neil for his work and dedication to the Club for the past 20 years by presenting a 2020 home jersey in front of the full first team squad.

Neil said: “I’m made up! I love the Club. I loved going to Central Park - I watched my first game in the stands and then I ended up getting the job as the mascot. 20 years on and I’m still doing it! This is my 21st season now and it’s an honour.

“Lammy (Lam) came in 2001 as a player, so I knew him back then and it’s amazing now to receive this shirt off him as Head Coach. I really appreciate it.”

Second-row Liam Farrell, who has known Neil since making his debut for the Club 2010, said: “It’s really good to honour someone who’s spent so much time at the Club.

“You speak about testimonials for players but people who have been at the Club as long as him deserve the credit. I’m sure he’ll cherish the presentation we gave him.”

He added: “Everyone sees Max but we see Neill on the other side of it. He’s a great bloke and he loves the Club just as much as everyone else - probably more than anyone else.

“He’s passionate about it and on game days he does a great job - engaging with all the kids - I think all of them love him so it’s a credit to him!”