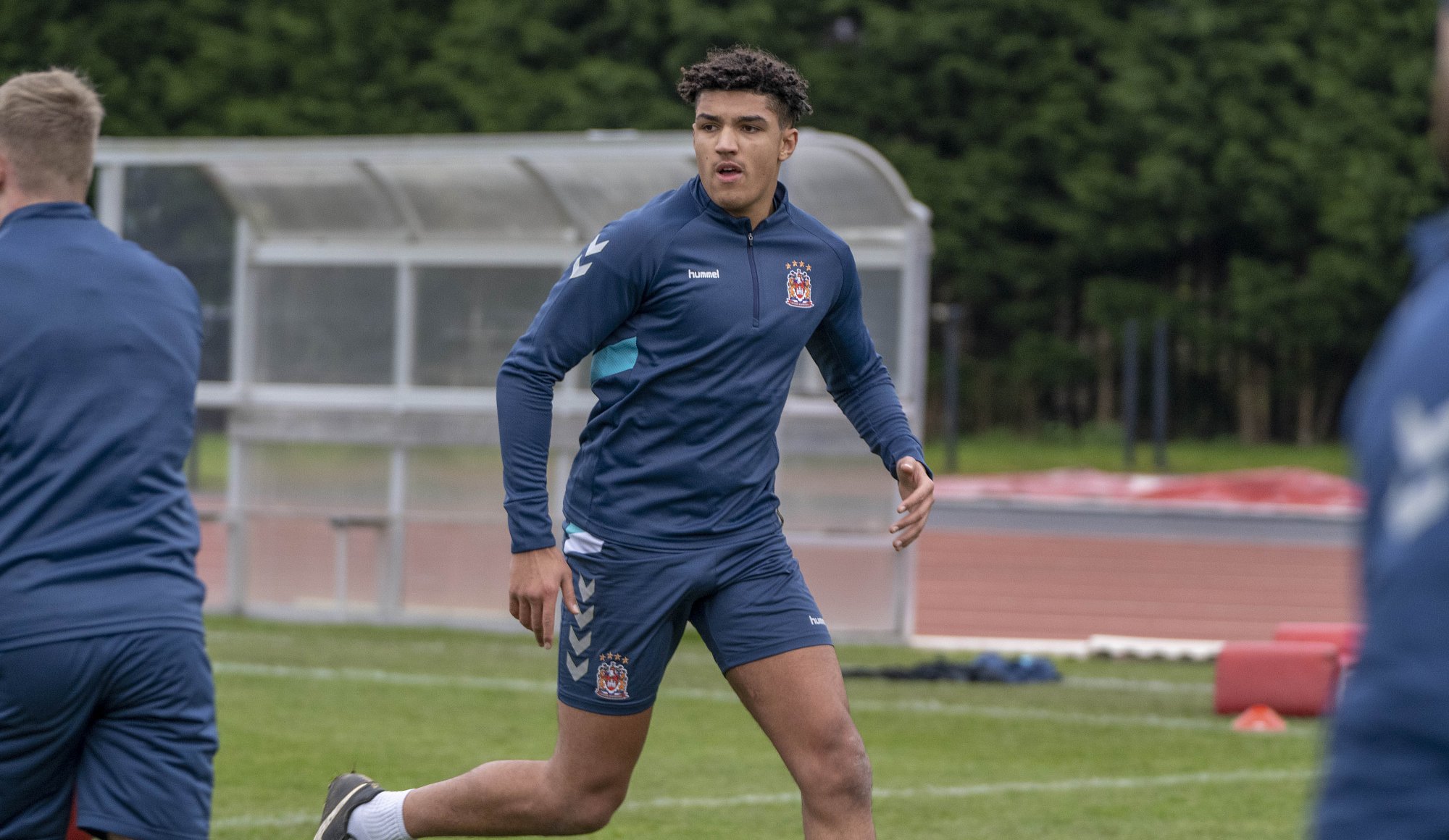 Making the move from London to Wigan has allowed 19-year-old Kai Pearce-Paul to chase his two dreams – being a professional Rugby League player and studying at University.

After joining the Warriors on a four-year deal in the off-season from London Broncos, Pearce-Paul was given the No.34 jersey within Adrian Lam’s 2020 first team and has, simultaneously, been able to start studying Sport and Exercise Science at the University of Central Lancashire in Preston, something which he says is ‘rewarding’.

He said: “I’m in first year at UCLan, studying two different modules – psychology and physiology – once a week. I’m living in Wigan and I’ll usually get the train to Preston and it’s a five-minute walk to the Uni.

“Wigan are very flexible with the whole thing – there are set days where I will tell them I’m in Uni and they’re fine about it. There are always ways of finding time to do gym and training around it. I’m never falling behind and I’m always up to scratch with training.

“The Club are very supportive. They have been from the beginning and it’s so rewarding to have that flexibility and the ability to do the two things I love at the same time. It’s a great opportunity to take.”

Growing up in Bromley in south-east London, rugby has been routed within the Pearce-Paul family for over 15 years as Kai’s two brothers, Kameron, 23, and Kaden, 16, also play. The former plays for Betfred League 1 club, London Skolars, while the latter plays rugby union for Saracens Academy.

Kai, a former Croydon Hurricanes amateur, admits he does “miss home” but says the transition from moving up north from London has been “easy” because of how welcoming the Wigan staff and players have been.

He said: “I’ve always been quite good getting used to new things and adapting to different situations. I’ve found it really easy – obviously I miss home and stuff, but you find ways around it – I FaceTime my friends and family back home. It’s more about the fact that everyone has been so welcoming.

“Not just the players but the coaches too – Lammy (Adrian Lam), Tom Fitzpatrick (Player Welfare Manager) – they’re all friendly and approachable people to talk to. If I have any problems, I can easily approach anyone – there’s no awkwardness or anything – everyone is great.

“In the first few weeks, all the players were showing me around and telling me about Wigan. Although I’ve adapted well to the environment – a massive factor has been the coaches and the players around me.

“They have really helped me get used to the north. I was a bit clueless at first, as I had only come up north when I was playing matches for London Broncos, but I’ve got used to it and it’s the norm for me now.”

The 6ft 5 Lancashire Academy representative, who has played in three of Wigan’s reserves games in 2020, acknowledged the importance of having a back up plan alongside his Rugby League career, but also stressed his keen interest in always wanting to study at University since he started school.

Kai said: “I’ve always wanted to go to Uni – that’s been my aspiration from when I first started school. You can call it a plan B – you never know nowadays what could happen. All it takes is one fatal injury and that could be you out for your career.

“Having a Uni degree to back my rugby up makes things a lot easier for me if I were to get injured in a very bad way. Plan B is one way at looking at it but it’s also something I’ve wanted to do since I was very young. I guess I’m chasing both my dreams of being a rugby player and going to Uni and studying.”