A 21-year-old prop forward who was born in Sofia, Bulgaria before growing up in Wigan to later join the Club’s Academy where he would progress to the first team. 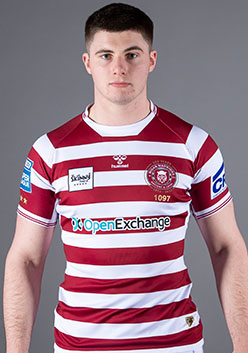